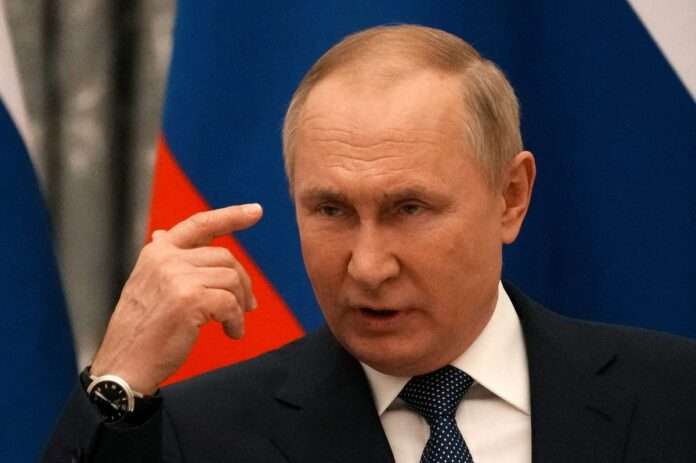 The reason for Russia’s invasion of Ukraine was clear: Moscow wanted strategic depth. Nothing Russia has done since, however, has been clear. The military has suffered several reversals, but this alone is not unexpected. Reversals are part of war, and prudent commanders anticipate and respond to them. Ideally, the responses are meant to solve or at least mitigate the problem as the war continues. Moscow is behaving as if the challenges it faces are a surprise.

Russia assumed from the beginning that it would bring overwhelming force to bear on a much weaker military. The expectation was that the Ukrainian military would fragment and thus be unable to offer much resistance. Moscow thought Ukraine believed the same. That the Kremlin was wrong isn’t the fundamental problem. The fundamental problem is that the Russian command structure, starting at the top with Vladimir Putin, didn’t banish their confidence. An invading force should be built on the assumption it is dealing with a powerful and motivated enemy, and that it needs to prepare for a tough war.

Meanwhile, Russia also did not expect the sheer amount of aid and weaponry the United States would send. It saw the U.S. as too disjointed politically and socially and with too strong an opposition to make much of a difference. The Russians have been very effective in waging psychological warfare as a key dimension of combat and engaged, as was reasonable, in creating division over the war in the United States. Moscow believed the U.S. would see the fall of Ukraine and the deployment of Russian troops to NATO’s eastern frontier as a potential recipe for another Cold War. Washington would probably want to respond but would be too fragmented to do so, or so the Russian thinking went.

These failures were evident from the outset of the war. Russia deployed three armored formations to break Ukrainian resistance, which it believed would be far inferior and isolated from American assistance. Neither was the case. The Russians were blocked by logistics problems of their own, as well as Javelin anti-tank missiles. Russian tanks froze in place or made little progress. With the Ukrainians emboldened, the Russians were forced to reevaluate their adversary.

But it seems as though they changed their tactics without changing their opinion of their enemy. Though they consolidated their forces in Donbas and fought an extended battle for control there, they didn’t advance to western Ukraine. They simply retreated toward their own border.

This was a crucial moment for Russia. It was clear that the Ukrainians were a significant and coherent fighting force, and it was clear that the United States was not going to limit its support, even as the Poles intensified the training of Ukrainians. All the while, both tactical and strategic intelligence mapped Russian forces and anticipated Russian moves. In many cases, Ukrainian forces were able to attack Russian forces at the most vulnerable point or retreat when Russian offensives appeared too costly.

It was at this point that the Russians should have reevaluated their likelihood of success. Offensive operations had had only limited success. The Ukrainian force outnumbered the Russian force and fought with discipline, while U.S. resupply and intelligence flowed. Russia retained enough potential power to alarm the West, power it ought to have used to seek peace through negotiations. In other words, Russia should have followed German Field Marshal Gerd von Rundstedt’s advice about what should be done near the end of World War II. His answer: “Make peace you fools.”

Given the confidence with which the initial attack was launched, making peace was unthinkable. All the dead, all the confidence, all of the well-spoken politicians would have been seen as a fraud. Putin has sought to turn the war from a Russian invasion to an American invasion of Russia. He has threatened nuclear war. He has mobilized truculent thousands, who may be trained by the end of winter, or perhaps never.

The most difficult part of a war is ending it without victory. The United States suffered through this in Vietnam. It is the wars that appear to be easy that are sometimes the hardest to fight and always the hardest to concede. No one doubted, in Russia or America, that World War II would be long, hard and possibly lost. Neither Russia nor the United States thought it could lose in Afghanistan.

It is an odd thing about confidence. Within the confines of reality, confidence is essential to fight a war. The hardest war to fight is the one in which the commander thinks victory is a given. When Russia started the war, it believed the mere sight of Russian tanks would scatter the Ukrainian army. Every reversal since has been dismissed by Moscow as simply an accident of war, instead of what it was: a war begun with certainty now confronting the reality of an enemy force superior to its own. Concern can be productive. Denial is the preface to desire. In war, the continued denial of reality is deadly.

Putin is responsible because he is the president. But the general staff and intelligence services share the blame. What has happened in Ukraine is a systemic breakdown of leadership that lead the country into a poorly understood war, insisting that victory is just around the corner if it simply holds the line. Wars like this usually end in political deaths. Vietnam finished Lyndon B. Johnson, World War II the Japanese and German regimes. Each fought with the hope of something turning up. It never did. The pivotal question is: What makes Russia think it can win next week when it hasn’t won in seven months? There is sometimes an answer to that kind of question, but Russian politicians are now laying blame on others for the failure. Making peace sounds easy to those who didn’t start the war.