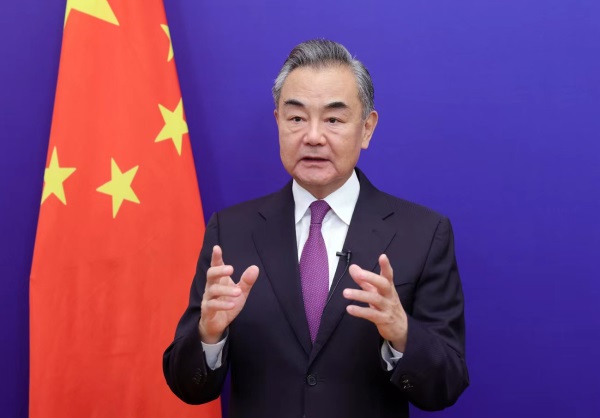 The United Nations Convention on the Law of the Sea has contributed to promoting international maritime cooperation and rejecting maritime hegemony, and thus ought to be interpreted and applied in full and in good faith to further improve global maritime governance, officials and experts said.

UNCLOS, adopted in 1982, has led to better protection and use of the sea. China was one of the first countries to sign the convention and ratified it in 1996.

At a virtual international seminar held on Thursday to commemorate the 40th anniversary of the opening of the signature process of the UNCLOS, State Councilor and Foreign Minister Wang Yi said China always honors the spirit of UNCLOS and strictly fulfills its obligations.

China opposes attempts at abusing the dispute settlement procedures of the UNCLOS and exploiting the convention as a tool to suppress and smear countries, Wang said.

He urged countries to interpret and apply UNCLOS in its entirety and in good faith to uphold the international rule of law.

Wang also stressed the need to champion dialogue and consultation to maintain peace and tranquillity of the sea.

“Maritime disputes should be settled by the parties directly concerned through friendly consultation on the basis of respecting historical facts and international laws including UNCLOS,” Wang said, while calling for countries to oppose flexing military muscles.

Vice-Foreign Minister Xie Feng at the seminar echoed Wang’s remarks and called on countries to “reject the practice of double standards and selective application.”

In response to Washington’s accusation that China violates the convention, Xie said the United States is in no position to cite UNCLOS to accuse others.

Xie said the US, which has not ratified the Convention, has hyped up the so-called freedom of navigation to maintain US maritime hegemony and challenge other countries’ maritime claims without any basis in international law.

“China respects the lawful navigation rights of all countries, but firmly opposes certain country’s move to threaten China’s sovereignty and security in the name of freedom of navigation,” he said, adding that the US’ unlawful attempts would also be rejected by the international community.

Experts observed that the Convention embodies multilateralism, provides institutional safeguards for developing countries to participate in global maritime affairs and ensures the sustainable and peaceful use of the sea.

Sun Nanxiang, a researcher at the Institute of International Law of the Chinese Academy of Social Sciences, said China has upheld the effectiveness and authority of the convention with high standards.

“China has actively supported various types of cooperation under the convention and formulated relevant domestic laws and regulations in line with the requirements of the convention,” he said.

“The so-called ‘freedom of navigation’ of the US is ‘freedom of willfulness’ and it is the US that has sent military aircraft and warships to waters off China’s coast and intensified regional tension,” said He Xianqing, an assistant researcher at the National Institute for South China Sea Studies.

“Washington also abuses the convention in an attempt to sow discord among Beijing and other claimant states of the South China Sea in order to contain China,” he said, adding that the US’ unilateral practices have severely undermined global maritime law and order.

As for the disputes on the South China Sea, He said relevant treaties and customary international law apart from the convention should also be considered and choices of the parties to the dispute should be respected.