The Gray Wolf returns to Central Asia: Turkey’s ambitions for the region

As a proponent of Pan-Turkism, Ankara is keen on expanding its influence across Central Asia, yet this foreign policy shift is likely to be checked by much bigger regional powers like China, Russia, and Iran. 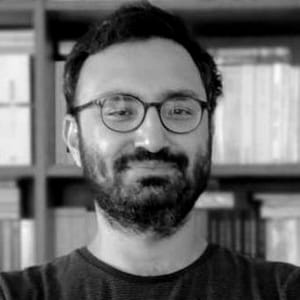 In November 2021, Turkish President Recep Tayyip Erdogan declared that the name of the intergovernmental group, the Turkic Council would be changed to the Organization of Turkic States (OTS). Erdogan cautiously avoided mentioning any talk of military cooperation between the Turkic states and instead emphasized political, economic and social solidarity.

A few days after the announcement, the leader of the far-right Nationalist Action Party (MHP) Devlet Bahceli presented his ally Erdogan with a map of the Turkic world, spanning Turkey, Azerbaijan, parts of Armenia, Cyprus, Greece, Iran, the Balkans, Central Asia, Russia and China.

Kremlin Spokesman Dmitriy Peskov reacted to the diagram by sarcastically suggesting that the center of the Turkic world is in Altai, the Russian Federation – not in Turkey – while Greek Prime Minister Kyriakos Mitsotakis called Erdogan to clarify whether recognition of Greek islands as Turkish territory was Ankara’s official policy.

‘From the Adriatic to the Great Wall of China’

Following the defeat of the Ottoman Empire in the aftermath of World War I and its short-lived alliance with Soviet Russia in the National Liberation War (1919-1922), the modern republic’s founder Mustafa Kemal Ataturk severed ties with Pan-Turkism/Turanism, a movement which sought to establish a unified Turkic political entity from Turkey to Central Asia.

In spite of this, the ideology has continued to persist up to the present day with the MHP-affiliated ultranationalist movement the Gray Wolves, so named after the pre-Islamic Turkic legend of a gray she-wolf having led ancient, endangered Turkish tribes out of the wilderness of Central Asia.

During World War II, some influential military leaders in Ankara such as Nuri Killigil, who had established the so-called “Islamic Army of the Caucasus” in 1918 captured Azerbaijan’s capital Baku, supported Nazi Germany, and envisioned a divided USSR where he could himself govern the Central Asian region.

However, when the Allied victory was inevitable, the Turkish government jailed those Nazi supporters for a short time and declared war against its old ally Germany.

Despite the fact that Turkey and the USSR were on opposing sides during the Cold War, Ankara viewed Soviet Turks with suspicion. This attitude would undergo significant changes after the collapse of the Soviet Union in 1991.

TIKA’s role was to help the new states with developing their free market economy and rediscovering their national identity. It was around this time that then-Turkish President Turgut Ozal declared that “the next century will be a Turkish century.”

Drawing inspiration from Ozal, his successor Suleyman Demirel defined the country’s sphere of influence as encompassing the Adriatic Sea to the Great Wall of China. Suffice to say, Turkey’s NATO ally, the US, supported this vision in Central Asia to counterbalance Russia and the eventual rise of İslamic fundamentalism.

Ankara was enthusiastic about playing the “Big Brother” role with regard to Turkic states. However, the former Soviet states had other plans.

First, they had no intention of playing a secondary role in Turkey’s Pan-Turkish dreams, and second, the Russian Federation was still their main partner in the region in both political and military terms. As a result, Turkey’s initial Central Asia campaign failed.

From Pan-Turkism to pragmatism

During the 1990s, the influential Fethullah Gulen organization (FETO) was very active in the region. After the failed coup d’état in 2016, however, Ankara designated FETO as a terrorist organization over its alleged involvement in the conspiracy, and took over some FETO institutions for its newly established Maarif Foundation.

Yet the main impetus has been economic as Turkey’s trade volume with the Central Asian republics has increased during Erdogan’s reign.

Source: Turkstat (in $US millions)

According to Sucu, nowadays Central Asia states do not perceive Turkey’s attitude to the region as ideological as it was in the early 1990s. Rather, they see Turkey’s policy as a counter-weight against the most influential countries in the region: China and Russia, and to a lesser extent, Iran.

Trade with Trans-Caspian routes and China’s Belt and Road Initiative (BRI) create a possibility for Ankara to become an important hub for east-west trade. For example, the Lapis Lazuli corridor, which opened in 2018 and was funded by the Asian Development Bank, links Afghanistan to Turkey via Turkmenistan, Azerbaijan and Georgia.

Turkey also joined the BRI and after the Azerbaijani victory in the Nagorno-Karabakh War over Armenia, a project for transporting Turkmenistan’s natural gas over the Caspian Sea to Turkey is still ongoing – in addition to the proposed Zangezur Corridor, widely seen as part of Ankara’s pan-Turkic ambitions in partnership with Baku.

Assuming this plan goes ahead, Turkey will be able to reach Central Asia bypassing both Armenia and Iran via the Trans-Caspian International Transport Route – starting from China and connecting with Kazakhstan, Azerbaijan and Georgia. The so-called “Middle Corridor” splits into two, one route to Turkey and the other to the Black Sea, ending in Europe.

In 2015, Turkmenistan’s Ambassador to Turkey, Ata Serdarov said that with the start of Azerbaijan-Turkmenistan ship traffic, Turkish truck drivers would not need to pass through Iran. The flow of Turkish trade through Iran rose from 565,000 tons in 2016 to 1.08 million tons in 2019. Therefore, bypassing Iran means reducing the cost of transportation.

The revival of Pan-Turkism is understandably a cause of concern for Iran. In 2020, during a visit to Baku, Erdogan read a poem about the Aras River and implied support for a “unified Azerbaijan,” with the Iranian province of West Azerbaijan – which in practice would violate Iran’s sovereignty.

Tehran reacted angrily with then-Foreign Minister Javad Zarif criticizing Erdogan for “undermining the sovereignty of the Republic of Azerbaijan.”

In a bold move, Iran’s Tasnim News ran a series of articles on Turkey’s ambitious “Turkish Century” discourse. According to the news agency, Turkey’s connection to the Turkic world via the Nakhchivan Autonomous Republic, and its growing military might, may have led some Turkish figures to think that Turkey would become a powerful country.

However, Tasnim dismissed this notion by suggesting that Turkey is in the same league with Latin American and African countries, because of its weak economy and Erdogan’s diminishing political appeal. Despite the fact that Turkey now has a land route to Central Asia via the Caucasus, it does not mean that it can assert its influence toward the region due to the existence of powerful entities, such as China, Iran, and Russia.

Umit Alperen, an expert on China’s foreign policy toward Iran, thinks that the Russo-Ukrainian War is a turning point for Central Asia. “With the foundation of the Shanghai Cooperation Organization (SCO) in 1996, there was an unspoken division of labor: China would manage the economic issues of the region, and Russia would manage it militarily,” he explains.

As mentioned earlier, Turkey joined the BRI in 2018 with Sino-Turkish relations continuing to grow. It seems that the days of President Erdogan’s condemnation of Beijing for its so-called Uyghur Muslim genocide are a thing of the past.

Nevertheless, Alperen believes that China faces a dilemma regarding Turkey’s position in the region. “In the context of BRI, China regards Turkey as both a bridge and an obstacle. Since 2017, Turkey has stayed silent on the Uyghur issue. However, China’s mistrust continues. I don’t think China believes it can be a real strategic partner with Turkey.”

In Alperen’s opinion, Central Asia’s connection with Europe via the Caucasus and Turkey offers both pros and cons for China. While it may ostensibly be a positive development for the BRI, on the flip side, connecting Central Asia to Europe by bypassing China would be in the interests of an increasingly hostile western world.

As demonstrated by its recent foreign policies, Turkey is trying to balance all these relations. Turkey’s official news agency, Anadolu, published an interview with a Kazakh academic who claims that Turkey is a counterbalance to Russia and China. Yet at the same time, China and Turkey, emphasize Ankara’s role in the BRI and “Middle Corridor.”

Turkey as a hub for Russian resources

On 1 April, Russian Foreign Minister Sergei Lavrov met with his counterpart from Turkmenistan, Rashid Meredov. According to Nezavisimaya Gazeta, the pair discussed the consequences of the conflict between Azerbaijan and Armenia, in addition to Turkey’s intention to expand its influence in Central Asia.

The proposed Trans-Caspian Pipeline (TCP) project will transport natural gas from Turkmenistan and Kazakhstan to European Union (EU) member states, bypassing both Russia and Iran. Azerbaijan and Turkey seem to be the main benefactors of the project which has received the backing of western powers.

According to the Turkish academic Sucu, Ankara’s attitude towards Central Asia is now less to do with becoming a bridge for the west and the region. “It should not be overlooked that Turkey’s changing foreign policy priorities, instead of taking a role between the west and the region in the 2000s, found new areas in Central Asia through the relations it developed directly with Russia and China,” he claims.

Moreover, Putin’s latest maneuver in turning Turkey into a major energy hub is something that enhances Turkey’s position and creates a barrier for all Trans-Caspian projects aimed at bypassing Russia.

Is Turkey all bark and no bite?

During the World Armwrestling Championship 2022, an interesting incident took place. Two Kazakh athletes, who came in second and third, unfurled the Kazakhstan flag on the podium. Then, the Turkish athlete, who finished in first place, came running to the podium and placed the Turkish flag in front of the Kazakh flag. One of Turkey’s most visited websites characterized the incident, thus: “This is how our national athlete prevented a disrespectful move.”

Although of course a unique incident, it is symbolic. While in Turkish nationalist/Pan-Turkic discourse all Turkic people in Central Asia are regarded as Turk brethren, this “elder brother” attitude towards the ex-Soviet republics runs deep.

Moreover, as Sucu mentions, Turkey’s material inadequacy in the region plays an important role. Despite the fact that Turkey has increased its economic relations with Central Asian republics, it is still a miniscule power compared to China and Russia.

Although Turkey mostly trades with Uzbekistan and Kazakhstan, it is not even among the top three trade partners of either country. Of course, it is practically impossible for Turkey to compete with China and Russia economically.

It should be noted that despite its ethnic and linguistic commonalities with Turkey, Turkmenistan is still trying to avoid engaging with the OTC and is content with remaining an Observer State, along with Hungary. More importantly, Central Asian republics are members of the Russian-led Collective Security Treaty Organization (CTSO).

Militarily, the CTSO remains the main collective security pact for the region, despite the fact that Turkmenistan and Kyrgyzstan have purchased Turkish Bayraktar TB2 drones. While there have been rumors of the raising of a so-called “Turan Army,” it is likely that all major powers in the region, namely China, Iran, and Russia would consider this step a threat to their collective national interests.

Some western pundits think that Turkey’s growing influence in Central Asia is a good thing for NATO. But Sucu argues that “Pivoting Asia” is primarily out of necessity and self-interest: “While the problems with the west increase Turkey’s interest in these organizations and determine its foreign policy priorities, it is possible to say that the Eurasian option has been deliberately strengthened in foreign policy.”

“Such a policy opens up new areas for Turkey, both regionally and globally,” affirms Sucu. “The fact that the Eurasian option provides such a benefit will undoubtedly strengthen Turkey’s hand in the balance policy carried out by Turkey between the west and Eurasia.”