Religious minorities are under attack in Turkey 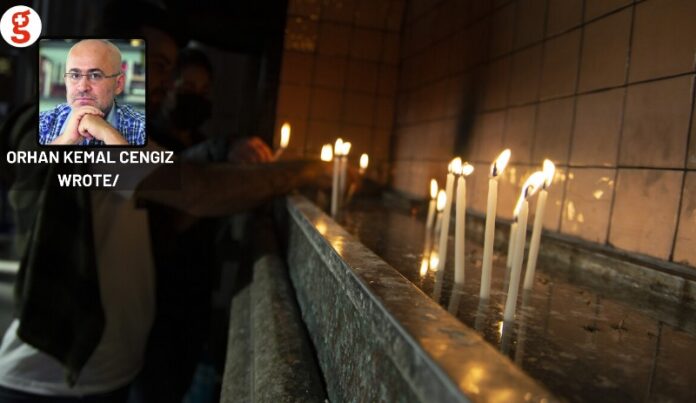 When Father Santoro, a Catholic priest, was shot to death in Trabzon in the church he served on the 5th February 2006, no one realized that his murder was just the first of the chain of events targeting Christians in Turkey. The second murder shook Turkey. On 19 January 2007, Turkish-Armenian Journalist Hrant Dink was killed in front of the weekly AGOS newspaper for which he was acting as the editor-in-chief.

The most shocking and most barbaric one was the massacre of three Christians, namely Tilman Geske, Ugur Yuksel, and Necati Aydin in Malatya on the 18th of April 2007.

The Malatya massacre victims were killed by slitting their throats after being subjected to unspeakable torture for hours. As the lawyer of the families of the victims, in this case, my first question was where this deep, dark hatred come from. Piece by piece, while collecting evidence and getting deeper into the case, I realized that these youngsters who killed the victims had long been conditioned to carry out these murders. When the leader of this gang was captured, he was constantly whispering the same nonsensical words: “There are fifty churches in Malatya, missionaries are invading the country.” I believe he seriously believed this when the truth was shockingly different from what he said. There were only a handful of missioners in Malatya, who did not even possess a church for themselves. They were gathering at houses for worship. Yet the perpetrators of these crimes seriously believed that their city and even Turkey were invaded by missionaries.

As soon as I went to Malatya for the case, I realized what kind of atmosphere existed there. My pictures were on the front pages and my name was in the titles of these local newspapers which were questioning my “motives,” along with my colleagues’ “motives” in pursuing this case. I was portrayed in these news reports as a demon who wishes only ill for this city and its people. While the case was progressing, I started to get extremely sophisticated threat letters and messages. It was obvious that some dark circles were orchestrating all of these. The circles who threatened me and who provoked the murderers were the same. They were somehow connected to “deep state” and paramilitary groups.

I remembered all these just because of what happened in Malatya last week. Members of the Salvation Church–yes after all that happened there to Christians, they still have the courage to have their worship place–were threatened once again. An ultranationalist young man approached a churchman and told him a very detailed story about how he was commissioned to kill them. +GercekNews reported the event in detail (https://gerceknews.com/news/murder-threats-stir-fears-among-protestants-in-turkeys-malatya#gsc.tab=0). In my opinion, either he was telling the truth, or he was threatening Christians by telling them how he was hired as a hit man to kill them. In any case, the situation was extremely disturbing. In the story he told there were lengthy references to the 2007 Malatya massacre.

As a lawyer, I applied to the Malatya prosecutor to initiate legal action, but I also started to think if this could be something bigger like what happened in 2006 and 2007. Looking from this angle, I just remembered that all these events happened very recently: On 15 June, a Jewish cemetery in Istanbul has been vandalized. In June again in the Village of Enhil in the Midyat district of Mardin, the tombstones in the Mor Petrus and Mor Paul Syriac Orthodox chapel were desecrated and the bones of the Saints were thrown out. On 30 July there were simultaneous attacks on three Cem Houses and one Alevite NGO in Ankara. A woman was stabbed at the Turkmen Alevi Bektashi Foundation. In August in the Gure village of Edremit District in Balikesir, racist symbols were drawn, and threat messages were written on the walls of Alevis’ houses. In August, a lawyer sent a Twitter message stating that Garo Paylan, an Armenian deputy in the parliament could have been killed on two occasions.

I am not saying that all these events are connected. But in a country like Turkey, with all the history we know, when different members of the religious minorities are attacked and threatened one after another, we should be alarmed. We need to be very alert to see if any patterns are repeating; if the perpetrators of these attacks somehow are coming from the same circles, what kind of connections they have, and so on.

As it happened in the Matrix movie, if a black cat passed by you and then another that looked just like it did the same, this means déjà vu. And a déjà vu might be a very strong signal of ominous events ahead!

*Orhan Kemal Cengiz is a lawyer with extensive experience in representing clients before the European Court of Human Rights and author of several articles, books and manuals in the field of human rights. He is a former president of the Human Rights Agenda Association and is currently a board member of the Tahir Elci Human Rights Foundation. His articles have appeared in Turkish and international newspapers.