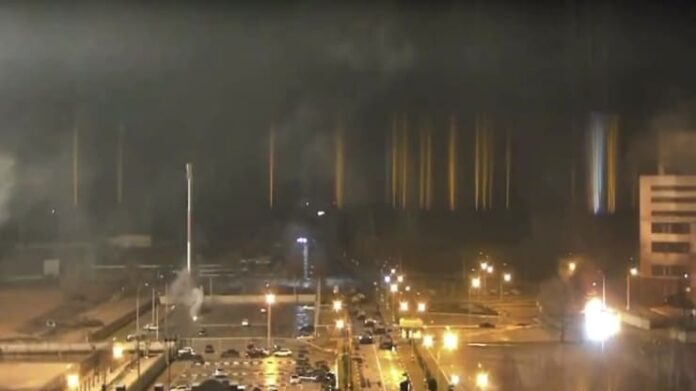 As tensions heat up around Ukraine’s Zaporizhzhia nuclear plant, world leaders are in a race against time to inspect the facility and stave off a potential nuclear disaster.

Zaporizhzhia has been caught in the crossfire of the Ukraine war since Russia took control of the plant in March and effectively converted it into a military base. As the plant was struck by shelling, global leaders warned of grave consequences. “Any potential damage to Zaporizhzhia is suicide,” said U.N. Secretary-General Antonio Guterres.

In a worrying development on Thursday, the plant disconnected from Ukraine’s power grid after shelling-induced fires damaged a power line, the Ukrainian firm Energoatom said. The temporary break wiped out electricity in large stretches of southern Ukraine—and reignited calls for emergency action.

“Almost every day there is a new incident at or near the Zaporizhzhia Nuclear Power Plant. We can’t afford to lose any more time,” said the International Atomic Energy Agency Chief Rafael Grossi. “I’m determined to personally lead an IAEA mission to the plant in the next few days to help stabilize the nuclear safety and security situation there.”

But protecting Zaporizhzhia has proven to be difficult. The United Nations has called for a demilitarized zone and said the IAEA is currently preparing for an inspection—although that ultimately hinges on ongoing negotiations. Both Kyiv and Washington have denounced Moscow for endangering the plant and urged it to relinquish control, while the Kremlin has in turn blamed Ukraine.

Ukrainian Energy Minister German Galushchenko told the Financial Times that he hoped a delegation of IAEA and U.N. experts could inspect the facility in early September, while also stressing the importance of a long-term international mission.

In the United States, dozens of former U.S. officials and experts have signed a letter urging U.S. President Joe Biden to push for immediate action over Zaporizhzhia, as the Wall Street Journal reported.

“There is no place in the 21st century for the illegal seizure and use of a nuclear facility to terrorize a population,” the letter said. “We hope you will take urgent action to help secure the IAEA visit to prevent a potential humanitarian and ecological disaster.”

There is, however, a problem with the U.S. position, Victor Gilinsky and Henry Sokolski argued in FP earlier this month: Washington hasn’t ratified a key provision of international law that would help protect civilian nuclear infrastructure—the 1977 Additional Protocol I to the 1949 Geneva Convention. “The United States would be in a much stronger position to complain about Russia’s violations, including at the Zaporizhzhia nuclear plant, if it itself accepted the obligation to adhere to the Additional Protocol,” they wrote.

In the meantime, many Ukrainians already scarred by Chernobyl’s legacy are bracing for the worst-case scenario, as Liz Cookman reported for Foreign Policy from Nikopol, Ukraine.

“Now it could all happen to me again—but worse,” Volodymyr Plashihin, a 61-year-old Ukrainian man who suffered health complications linked to Chernobyl, told her. “I can hardly explain the fear to anyone who has never experienced this.”