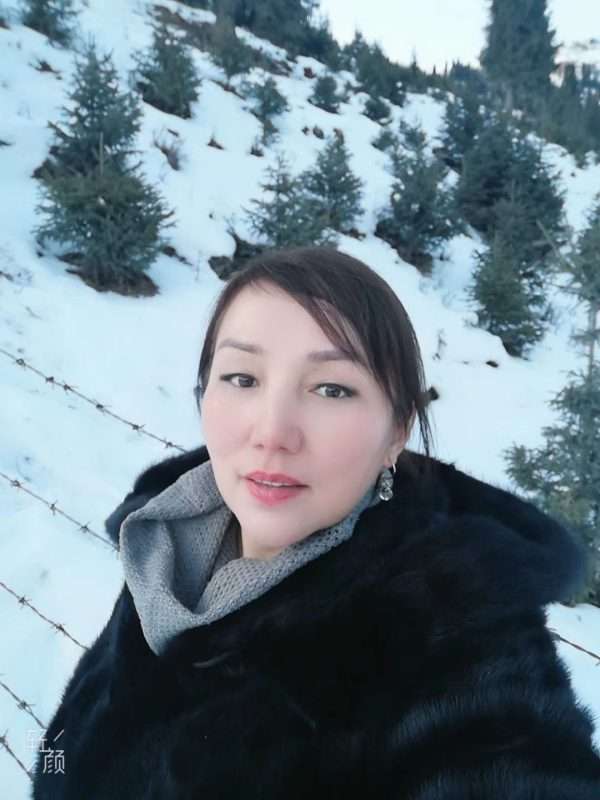 “I live in utter fear,” Zhanargul Zhumatai told me. She is under constant surveillance by the Chinese authorities and knew this might be the last time she could speak to a foreign journalist.

Speaking from her apartment in Urumqi, the capital of China’s Xinjiang Uyghur Autonomous Region, Zhumatai pleaded for help. She currently feels she cannot even step outside of the house where she is staying without being targeted by authorities. Chinese police have threatened her mother and siblings and have said they will send Zhumatai to a psychiatric hospital against her will, despite her not having any mental health problems.

Beijing has cracked down on ethnic Kazakhs, in addition to Uyghurs and other Turkic ethnic groups, over the years, making life “absolutely unbearable,” Zhumatai said. The government is even more “brutal” to those who speak out against their alleged corruption. That group includes Zhumatai, a singer, former editor of National TV of Kazakhstan, director, and artist.

On September 26, 2017, Zhumatai was arrested without warning by Chinese authorities, after speaking out in defense of Kazakh nomadic farmers, whose land was being unlawfully taken from them by Beijing under the guise of “grassland protection laws.” The Kazakh nomadic community did not have a means to speak up, but found hope in the form of Zhumatai, who did all she could to help them get the rights to their land.

This angered Beijing. The authorities had created national parks on the traditional lands of Kazakh nomadic farmers, many of whom were forced into poverty after they were forbidden access to their customary lands.

The injustices that the Kazakh nomadic community faced were too much for Zhumatai to bear, and she raised the human rights violations with the local authorities. This caused the Chinese Communist Party (CCP) to set their sights on Zhumatai. She was detained for two years in an internment camp; the official explanation was that Zhumatai had social media software Instagram and Facebook – both of which are banned in China – on her phone while she was visiting Kazakhstan.

While Zhumatai was in Kazakhstan, the Chinese authorities kept calling her to come back to Urumqi, under the guise of doing an “artistic musical project.” However, to her horror, she was arrested as soon as she landed back in Xinjiang and promptly sent to an internment camp – one of an estimated 1 million people unlawfully detained on nebulous national security charges in Xinjiang.

Official documents leaked from Xinjiang reveal that people were detained for such trivial causes as having traveled abroad or simply possessing a passport, communicating with people overseas, performing daily Muslim prayer rituals, or wearing a veil.

In the camp Zhumatai faced inhumane and brutal conditions. She said she was beaten and tortured with no access to medical facilities. Her description could not be independently verified, but matches with numerous testimonies given by camp survivors to NGOs and the United Nations.

In an emotional testimony, Zhumatai remembered her time in detention: “Every day I felt depressed and was wondering why they arrested me and why I was here. They were trying to force me to say that I am guilty, but I would never say that when I am an innocent person. They told me that the CCP was trying to correct the ideologies that I had.”

On October 18, 2019, she was suddenly released without warning. Despite that, Zhumatai quickly realized that her life was now under the control of the authorities. She had no access to her own money; her phone was disconnected. She also faced allegations of “criminality” despite never having been put on trial, leaving her unable to get a job.

For the three years since her release, she has been hounded by Chinese police. Zhumatai cannot visit any public place without an alarm being set off due to facial recognition technology, which prompts hours  further police interrogation. She cannot even receive medical care; if she is unwell the hospitals refuse to treat her. She was confined within the walls of her home like a prisoner.

Chinese authorities claim that the detention camps in Xinjiang, which Beijing describes as “vocational training centers” necessary to combat terrorism ideologies, have all been closed, and the “trainees” reintegrated into society. Zhumatai’s plight, however, drives home the bitter fact that release from the camps does not mean an end to suffering. Even after being released, former detainees continue to be closely surveilled and tracked for any activity that displeases the authorities. Like Zhumatai, many live in fear of being thrown back into the camps. 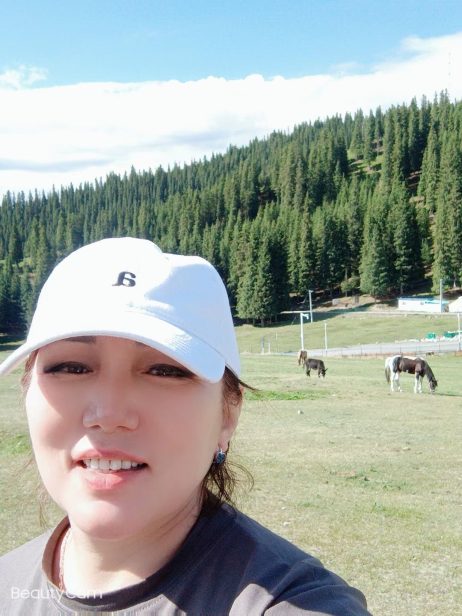 Zhanargul Zhumatai, in an undated photo posted to social media.

Faced with dire prospects, Zhumatai attempted to get her passport back from the authorities and go to live in Kazakhstan. She was told that she would need to sell her property first. But after she did so, the authorities forbade her from going. Having sold her house in the hopes of leaving Xinjiang, Zhumatai found herself homeless, with no prospects of earning a salary.

She now resides with her 77-year-old mother, who is unwell and in need of medical treatment but cries that she cannot go out. The mother fears that the second she leaves, her daughter will be taken by the Chinese police against their will.

In complete and utter desperation, Zhumatai reached out to a former colleague and renowned singer in Kazakhstan, who published testimony describing her plight on a Kazakh website.

After the testimony was made public, her colleague got in touch with Serikzhan Bilash, the exiled leader of the Atajurt Kazakh Human Rights organization. Atajurt provided a crucial early window into the atrocities happening in Xinjiang, focusing on the testimonies of ethnic Kazakhs. But in 2019 Bilash was arrested on charges of inciting ethnic hatred and forced to end his activism, before he decided to flee abroad.

Bilash shared Zhumatai’s story on social media in a bid for the media to get her story out before it’s too late.

However, the CCP was furious that Zhumatai was speaking about her situation in Xinjiang and tried to silence her, insisting that she “cooperate with the government.” Authorities accused her of making “anti-government statements.”

On January 2, police in Urumqi threatened all of Zhumatai’s relatives, calling for her to be taken to a psychiatric hospital and falsely accusing her of conspiring with international spies. They accused her of slandering the state of China.

Police went to her brother’s house and threatened him, saying that he must agree that his sister should be taken to a psychiatric hospital under all circumstances. Her relatives refused to be swayed by the threats and all agreed that they would never hand her over.

“I am an innocent person; I have not committed any crime. I don’t know what will happen to my life,” Zhumatai told me.

“I want the international community to know my story. Should something happen to me, the world must do more to raise awareness and hold the authorities to account.”

With her life hanging in the balance, and with police pursuing her, Zhumatai fears that if she is taken she may be given an injection that would really make her unwell.

Her fears stem from having been forced to consume an “unknown medication” while in the internment camp that made her vomit uncontrollably and become weak. Again, this could not be independently verified but matches with other testimonies from camp survivors, who describe being given mystery pills or injections that caused numerous side effects.

Zhumatai does not know if she will ever be able to speak out again, but she does not regret going public “Thank you for speaking to me and getting my story out,” she said. “I have a wish that all the whole world knows about my case – not only for me but for all the Kazakh nomadic people who have suffered.

“Every second I am living in fear. I am an independent and strong woman but I cannot [bear to] see my mother crying.”

Zhumatai even hopes the Chinese central authorities will become aware of her case, believing that they too would be aghast at her treatment. She wants high-level Chinese officials to become aware of the corruption and illegal human rights violations posed against the Kazakh people in China who, like Uyghurs, only want to live a free and peaceful life.

She ended with a plea to the world: “Women’s rights groups, human rights [groups], the U.N., and the international community must speak out against what they are doing. I want everyone to know my story.”