Japan Pivots Back to Nuclear Power 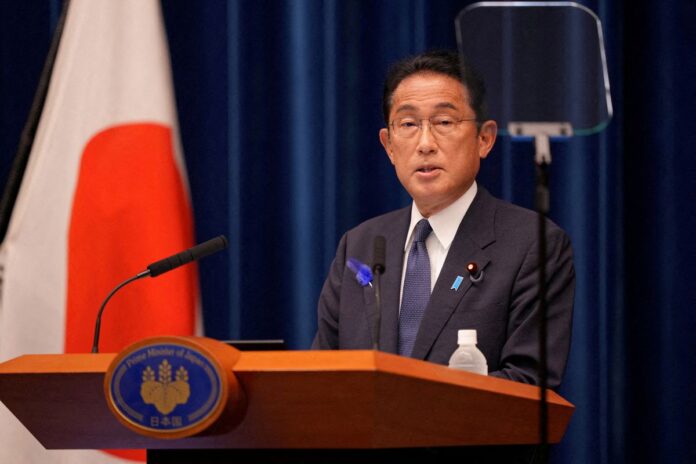 Japan is pivoting back to nuclear power in order to cope with surging energy prices, more than a decade after the Fukushima nuclear disaster pushed Tokyo to shutter reactors and halt new development.

As the global energy crisis deepens, Japan will restart idle plants and potentially increase some reactors’ life spans and build next-generation reactors, Prime Minister Fumio Kishida announced on Wednesday. Japanese officials have been directed to develop policy measures by the end of the year, he added.

“They’re looking at their own energy security, and bringing back more nuclear generation is one way to do that,” said Alex Munton, an expert on global gas markets at Rapidan Energy Group, a consultancy. But, he added, such a decision is “hugely politically contentious.”

Kishida’s announcement signifies a major shift in Japanese energy policy, where nuclear power has been a fraught issue since the 2011 Fukushima disaster. The country’s challenges also offer a window into how Europe’s energy crisis is sending shockwaves across the world and transforming the global energy landscape.

At the time of Fukushima, nuclear power accounted for roughly one third of Japan’s electricity sources. But after the 2011 meltdown, which was sparked by an earthquake and tsunami and resulted in the worst disaster since Chernobyl, Japan closed the majority of its reactors and stopped building new ones, essentially shunning nuclear power—until now.

The country’s precarious energy position, which has been worsened by the war in Ukraine, has forced Tokyo to reevaluate its options. “As a result of Russia’s invasion of Ukraine, the global energy situation has drastically changed,” Kishida told reporters.

These strains became especially clear as the threat of blackouts loomed this summer, prompting Tokyo authorities to warn of tight supplies and urge the public to slash electricity use. In June, Kishida said he wanted to restart reactors in order to evade possible winter power shortages, a push that will be catalyzed by his latest decision.

Fatih Birol, the current IEA chief, expressed his support for the move, saying that he was “very encouraged” by the announcement. “This approach is in line with [the] IEA’s recent analysis,” he tweeted.