Iran and Russia Use Turkish Banks to Avoid Sanctions 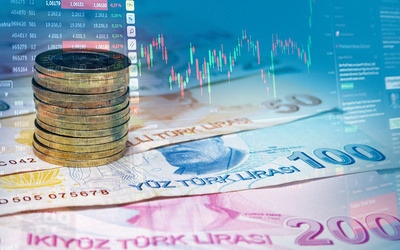 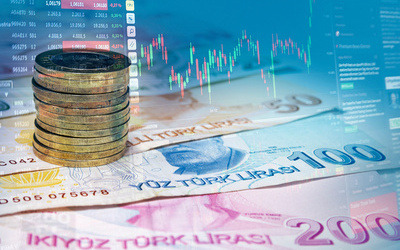 Turkey, already under monitoring by global money-laundering watchdog FATF for backsliding in combating money laundering and terrorism financing, has taken yet another step in boosting the illicit transfer of wealth with no questions asked by the authorities.

The move, put on parliament’s agenda with a last-minute amendment to a bill during debate on the floor, allowed the transfer of cash, gold and other assets to Turkey without a requirement to explain their origin and with no penalties imposed by Turkish authorities.

The amendment was quickly approved by parliament, which is controlled by President Recep Tayyip Erdoğan’s Justice and Development Party (AKP) amid protests from the opposition that Turkey had turned into a haven for money laundering and illegal funding.

In the last decade Turkey, under Erdoğan’s corrupt regime, has become a country where both state and non-state actors find it quite easy to park their money, especially using state banks, with senior political leaders enriching themselves by undisclosed commissions on such transfers.

Both Iran and Russia have tapped into Turkey’s banking system to bypass sanctions imposed by the US and its Western allies, while organized crime networks and jihadist terror organizations were allowed to use Turkey as a hub for moving funds.

The amendment was brought to parliament’s agenda by Erdoğan’s party when lawmakers were debating Law No. 7417, which basically introduced changes to public employment payroll calculations. It had nothing to do with what the government called “wealth amnesty,” or varlık barışı in Turkish.

No provision was included for such an amnesty in the draft bill, and no amendment was proposed during the debate in the relevant parliamentary committee before it was sent to the floor. The goal was to avoid any discussion of money laundering allegations. The opposition parties were informed about the amendment 10 minutes before it was introduced on the floor, depriving them of an opportunity to thoroughly examine the text and file motions to stop or at least delay it.

When the bill was presented to the General Assembly for a final vote on July 1, 2022, a group of lawmakers led by Erdoğan confidant Mustafa Elitaş, a former minister, submitted the amendment. It was quickly approved with little debate about what the amendment actually entailed. It became law when it was signed by President Erdoğan four days later and published in the Official Gazette.

According to the amendment, both individuals and entities have until Match 31, 2023 to bring cash, gold and other capital wealth from abroad that were not previously disclosed in Turkey. The bill does not allow any audit or investigation into such assets under any circumstances, providing total immunity for money launderers, drug traffickers and others who transfer their wealth to Turkey. Those who were already under investigation by government auditors will also be able to exploit this law if they claim that the wealth under audit was obtained with such transfers.

The government will not impose any taxes on such transfers if the transferred funds were kept in a bank for at least a year.

The opposition, caught by surprise by the last-minute amendment, protested the bill and claimed the Erdoğan government was bent on turning Turkey into a money laundering hub. “If you pass laws that allow the laundering of money and turn Turkey into a money laundering center with such amendments, it means you are throwing this country into a disaster,” said Abdüllatif Şener, an opposition lawmaker from the Republican People’s Party (CHP).

“You submit a bill that launders money obtained from smuggling, the drug trade, the trafficking of women and terrorism, which ought to be the subject of criminal investigation. You’re trying to do this from parliament,” he added.

He underlined that the government did not include such a provision in the original draft bill and did not present it at committee hearings in order to hide its true intentions and limit debate on the risks of adopting such a bill. He accused the Erdoğan government of turning Turkey into a mafia state.

In addition to money that went to Turkey from criminal organizations and some foreign government-linked entities, President Erdoğan also reportedly brought in billions from abroad that he obtained from kickbacks and bribes. Fearing that the US might come after his wealth hidden abroad, he reportedly instructed his cronies to secure his money by bringing it into Turkey under various schemes.

Erdoğan’s move came after the US House of Representatives on October 29, 2019 passed H.R.4695, the Protect Against Conflict by Turkey Act (PACT), which would have required the State Department to report on the estimated net worth and known sources of income of Erdoğan and his family members including assets, investments, other business interests and relevant beneficial ownership information. The secretary of state would have been instructed to consult with the secretary of the treasury and the director of national intelligence in preparing the report.

A similar provision concerning Erdoğan was also adopted by the Senate in the Promoting American National Security and Preventing the Resurgence of ISIS Act of 2019 (S.2641).

With the sanctions imposed by the US and EU on Russian oligarchs since the start of the Russia-Ukraine conflict, Turkey has become an outlet for many Russians to park their wealth and tap into the banking system. The Erdoğan government publicly announced that it would not join the Western sanctions, making Turkey only NATO ally that did not impose any sanctions on Russia for its invasion of Ukraine.

The crackdown on organized crime networks in Europe in recent years have also prompted many crime figures to settle in Turkey and move their wealth there to protect it from seizure. Drug traffickers in particular have turned to Turkey to exploit the permissive environment offered by the Erdoğan regime as long as they pay their dues to the political leadership.

In October 2021 the Financial Action Task Force (FATF), the global money laundering and terrorist financing watchdog, placed Turkey on its grey list of countries because it found a number of strategic deficiencies in combating money laundering and terrorist financing. Turkey does not seem to care about the FATF designation as it still has not addressed these shortcomings. In fact, more loopholes were deliberately created by the Erdoğan government by means of legislative and administrative changes.

This is a slightly abridged version of an article published originally under the title “Turkey Turns into Haven for Money Launderers as Iran and Russia Use Turkish Banks to Avoid Sanctions.”

Documents referenced in this article may be found in the original Nordic Monitor version.