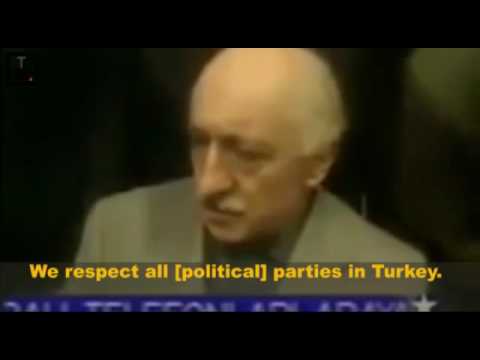 Former President Abdullah Gül said while responding to questions from a parliamentary commission investigating a failed coup attempt on July 15 that he has never been affiliated with either the faith-based Gülen movement or Fethullah Gülen, who inspired the movement.

Answering 27 questions sent to him by the parliamentary Coup Investigation Commission, Gül underlined in a nine-page document that he has never been affiliated with the movement or Gülen despite the fact that he was seen at several events organized by the movement and was known for his appreciation of the movement and Gülen for his contribution to education.

In videos available on the Internet, Gül is seen attending the opening of Bank Asya, an Islamic lender established by sympathizers of Gülen, in 1996 along with Gülen, current president and then-Mayor of İstanbul Recep Tayyip Erdoğan and then-Prime Minister Tansu Çiller.

Gül, who was a minister of state in 1996 in Çiller’s cabinet, says in one of the videos broadcast on Turkish TV that Gülen is a respected imam and scholar, respected not only by his party but also by other parties in Turkey.

Immediately after the putsch, the government along with President Erdoğan pinned the blame on the Gülen movement, popularly known as Hizmet, a worldwide civil society movement focusing on world peace through education and dialogue inspired by Gülen’s views.

Despite Turkish Islamic scholar Gülen and the movement having denied the accusation, Erdoğan — calling the coup attempt “a gift from God” — and the government launched a widespread purge aimed at cleansing sympathizers of the movement from within state institutions, dehumanizing its popular figures and putting them in custody.