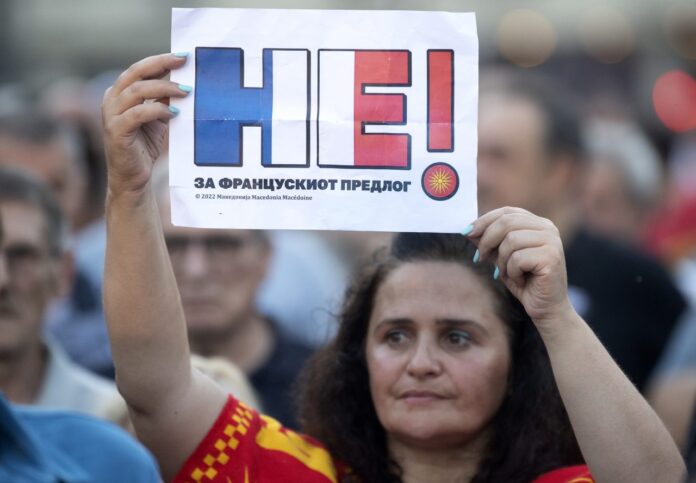 Sofia’s dispute with Skopje has always been more about opportunism and internal politics than about history or nationalism – and its legacy will take years to repair.

Men wearing masks in the colours of the flag; banners and chants against Bulgarian “fascists” and “Tatars”; allegations of creeping “Bulgarianization” of the state. This is what the centre of North Macedonia’s capital Skopje looked like for the past ten days, abuzz with tension over the EU’s French Presidency’s proposal, aimed at lifting Bulgaria’s veto on the start of North Macedonia’s EU accession talks.

Bulgaria’s Foreign Ministry waited eight days before protesting against the anti-Bulgarian demonstrations. By way of comparison, such behaviour by a single private individual would previously have triggered a protest within hours.

Paradoxically, what may be the largest ever wave of anti-Bulgarian feeling in North Macedonia has met little interest from the Bulgarian authorities.

To understand that silence, one needs to recall what drove Bulgaria to veto North Macedonia’s EU negotiations in the first place, before then making a U-turn, despite allegations of treason from part of the Bulgarian political elite.

On the outside, Bulgaria’s approach to North Macedonia seems driven by archaic, history-related, nationalistic considerations, relating to 19th century Bulgarian claims to what is now North Macedonia. International observers were quick to criticize what they saw as politics in another Balkan country falling victim to reactionary agendas.

But with Bulgaria locked in an ongoing political crisis, there is little mention of the dispute currently in Sofia.

The fierce debate in North Macedonia’s parliament over the French proposal, interrupted by vuvuzelas and protests, was among the last items in some Bulgarian TV news bulletins, including public broadcaster TV.  Even President Rumen Radev, some of whose concerns about the French proposal have still not been addressed, has remained silent.

Last month, an overwhelming majority of 170 out of 240 MPs in Sofia voted to back the French proposal – far more than the 129 who supported the long list of history and language-related demands Sofia raised in 2019.

A day before the approval of the French proposal, Kiril Petkov’s government had been ousted by a no-confidence motion. Ten days earlier, Slavi Trifonov told his “There Is Such a People” party, ITN, to quit the government, allegedly over a tussle over the budget.

While many in North Macedonia see the French deal as deeply damaging, it ticks a lot of boxes for Bulgaria.

Many of its demands, later packaged in a shortlist known as 5+1 and later as 4+1, were agreed bilaterally before the French proposal, on Genchovska’s watch.

In a big win for Bulgaria, the change to the North Macedonian constitution, to include Bulgarians as a state-building community, is an extra point; it was not part of the 2019 list of Bulgarian demands.

In other words, Petkov’s coalition did not unravel over North Macedonia. That dispute was just one of numerous issues that inflamed the four-party coalition during its short existence, from sending arms to Ukraine to budget issues and filling key public jobs like the central bank governor’s, because each party was working to satisfy its own electorate.

Borisov’s change of heart a gamechanger 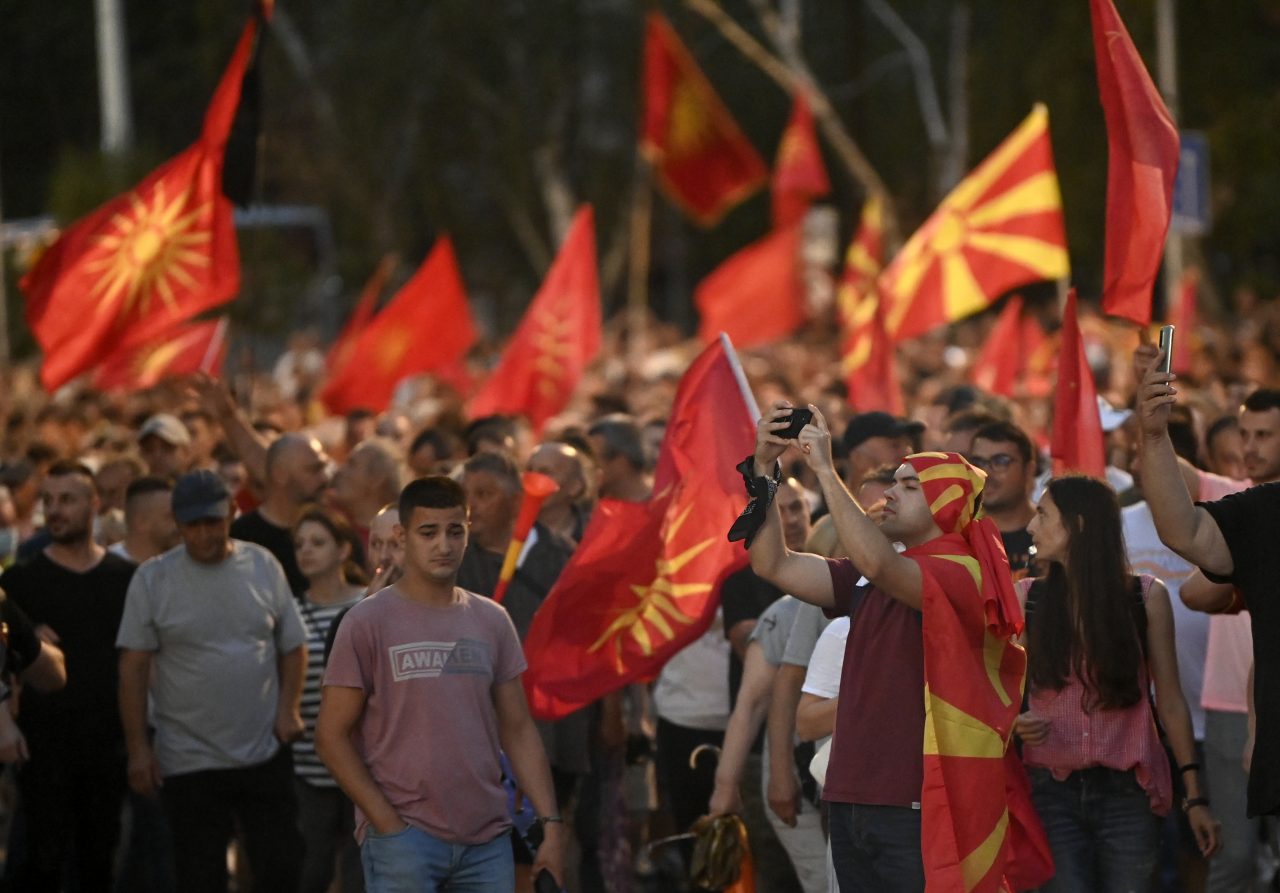 Supporters of the opposition party VMRO DPMNE and other citizens wave the party’s flag and shout anti-Government slogans during a protest against the French proposal to resolve the dispute between North Macedonia and Bulgaria in Skopje, Republic of North Macedonia, 05 July 2022. The biggest opposition party VMRO DPMNE leads the protest against the French proposal, which comes after North Macedonia’s Government intervention in Brussels and reaction to the draft documents that the public had the opportunity to discuss last week. The official views for the French proposal will be announced after the proposal passes the filters of all relevant institutions. EPA-EFE/GEORGI LICOVSKI

Despite Bulgaria’s diplomatic success, neither Trifonov nor others at ITN back the proposal. ITN has cited the EU’s reluctance to comply with one Bulgarian demand: not to use the term “Macedonian language” in EU documents – Bulgaria claims it is a dialect of Bulgarian.

To make matters more complicated, Petkov refused to take a stand on the proposal, leaving all discussions to parliament. His “We Continue the Change” party, which had been the strongest supporter of a solution, helping solved many issues in the 4+1 package and secured EU guarantees, preferred to wait.

Amid the deadlock, an unlikely saviour of the French proposal emerged in the form of former Prime Minister Boyko Borisov and his GERB party, whose government first blocked North Macedonia’s EU talks in November 2020.

Borisov, whose cabinet signed the landmark 2017 bilateral friendship treaty with his then North Macedonian counterpart, Zoran Zaev, was careful in his statements as Sofia-Skopje tensions mounted.

His government had cited Skopje’s alleged non-compliance with the bilateral treaty while drawing up its list of demands, but it was his Defence Minister, Krasimir Karakachanov, who is not from GERB but from the far-right VMRO party, who was most actively engaged.

Despite having been the driving force behind the veto, VMRO was left out of parliament in the subsequent elections. Some observers attributed its downfall to careful maneuvering by Borisov.

A year after Borisov himself lost power, his statement that made clear all of his 59 GERB lawmakers would back the French proposal, even though the language demand – among the main issues of the veto – had not been addressed. At the parliamentary sessions debating the French proposal, his lawmakers were among its most vocal backers.

Last year, Borisov offered to “lend” his lawmakers to ensure government majorities to other parties. It was, therefore, no surprise that his MPs lined to hail the proposal last month. 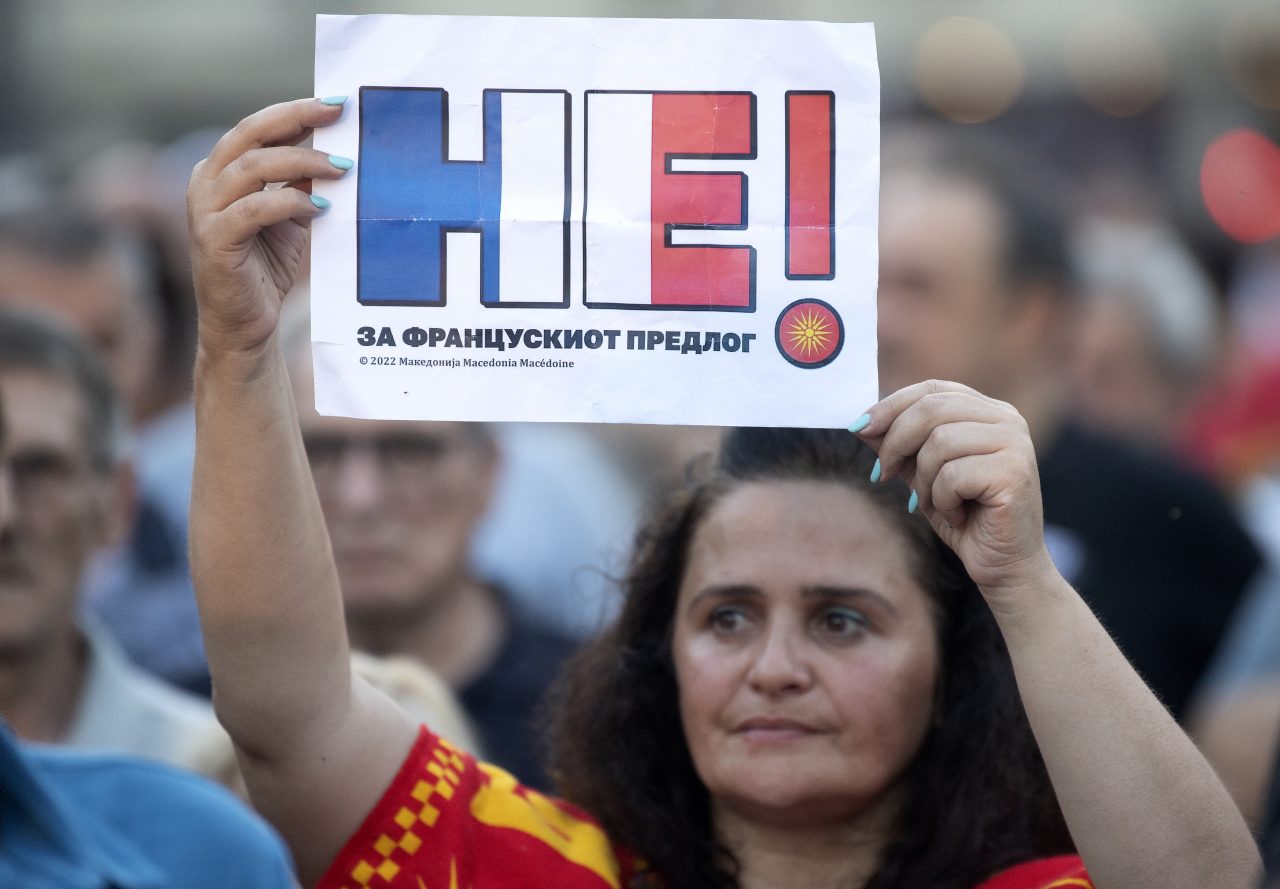 Ever since its foundation, GERB has relied on support from Germany and the centre-right EPP political family of which his party is a member. An astute political animal, he has sensed where the European wind is blowing. This time, also, he didn’t have to deal with Karakachanov as a rival.

He also wanted to take credit for solving a conundrum with a deal that is favourable for Bulgaria and has EU backing – unlike in 2020, when Germany and other countries sent messages of solidarity to North Macedonia.

Back in 2020, GERB used a survey commissioned by a GERB MEP, suggesting 80 per cent of Bulgarians backed the veto, to justify its hardline position. A year-and-a-half later, there is no indication the numbers have changed, even if critics of the veto argue that public attitudes were shaped by government spin.

But weeks after imposing the veto, his ministers were already busy laying out reasons other than history to their EU peers: for example, a lack of cooperation by North Macedonia in various fields, from the economy to culture.

Borisov’s then arch-rival, President Radev, often played the “history card”, but, under the radar, his caretaker government has adapted Bulgaria’s position, re-focusing it to more practical issues, such as the rights of ethnic Bulgarians in North Macedonia.

Political leaders were careful in their messages but slowly moved forward towards solving the dispute. Bulgaria’s political elite, perhaps with the exception of VMRO, had no genuine nationalist considerations about North Macedonia – even if it worked hard to prove the “Bulgarian people” did. Rather, its approach was opportunistic and based on political calculations, and it changed when leaders deemed it redundant, which conveniently was when EU pressure peaked.

This game has unfolded at Skopje’s expense. But it will take years to undo the bilateral damage it has caused – and could cause again, if Bulgaria finds the same “game” useful, later on during the negotiations.

Angel Petrov is a Bulgarian journalist and editor based in Sofia.

The opinions expressed are those of the author and do not necessarily reflect the views of BIRN.