An Unhinged Putin Is A Warning to China and Xi 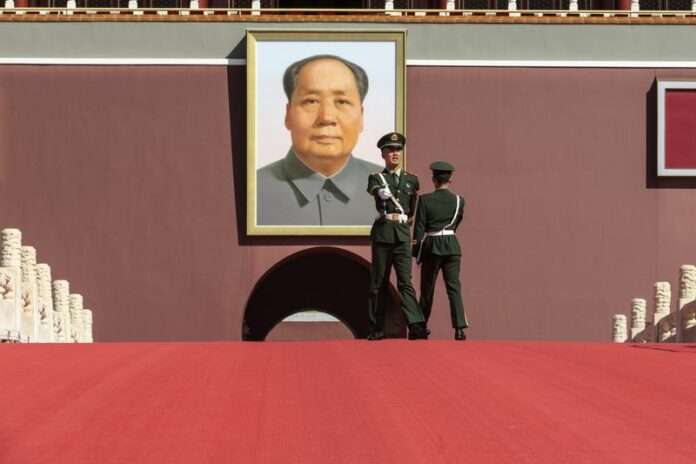 As he turns 70, Vladimir Putin won’t be reflecting on how his longevity at the top has resulted in a rotten state structure and disaster abroad. Xi Jinping, who is 69 and counting, should. 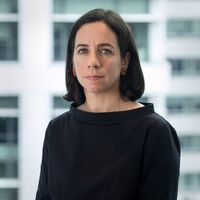 Clara Ferreira Marques is a Bloomberg Opinion columnist and editorial board member covering foreign affairs and climate. Previously, she worked for Reuters in Hong Kong, Singapore, India, the U.K., Italy and Russia. @ClaraDFMarques

When Soviet dictator Josef Stalin celebrated his 70th birthday in 1949, he sat alongside Chinese leader Mao Zedong in the Bolshoi Theater for extravagant celebrations of trooping Young Pioneers and vast choirs. Newspapers printed congratulations for weeks and there were so many gifts that a display was set up at the Pushkin Museum. Vladimir Putin, who turns 70 on Friday, may not be quite so lucky.

First elected in 2000 and now in his fourth term as president, Putin is already Russia’s longest serving leader since Stalin, and that’s a significant part of the problem. His protracted tenure and the concentration of power he has carefully nurtured go a long way to explain the deep rot in the armed forces and in local administration, his crippling paranoia, imperialist obsessions and insulation — all of which have led to disaster in Ukraine. Military adventurism is, after all, a classic in the list of aging autocrats’ self-inflicted wounds.

But as Putin blows out candles in Moscow, Chinese leader Xi Jinping, only a few months younger, is preparing to be granted a precedent-breaking third term in office in Beijing, a move that will draw a very final line under the succession process that China established after Mao, precisely to prevent excesses and over-centralization. While the end to the two-term limit in 2018 dismantled important constraints on the top job, 2022 will deal the coup de grâce and mark a formal return to personalist rule.

China’s future doesn’t have to be a repeat of Russia’s disastrous present. And yet, longevity is creating echoes that are hard to ignore. As Xi goes beyond a decade at the helm, a less predictable future beckons.

To address the obvious, there are clear differences between Xi and Putin, and between the systems they helm. One runs a Communist one-party state with a vast structure underpinning it, another has fabricated a replacement for ideology out of ersatz nostalgia. Putin rides horses bare-chested for state media cameras, Xi rarely shows his forearms. Putin leads an economy that has been stagnant for years and can afford to blow up the world order hoping to profit from the chaos, China has far more to lose. Russia is a major oil producer losing out from the green transition, China is an importer already gaining.

And so on. But those divergences may not be as telling as the parallels.

Xi and Putin — “no limits” partners as they dubbed themselves back in February — are cut from very similar cloth. Both are men of the system, survivors who experienced hardships in their youth that have been built into mythology. Putin’s older brother died in the siege of Leningrad and he grew up in a communal apartment where he famously spent time observing the rats; Xi’s father fell from grace during the Cultural Revolution and the previously pampered teenaged Xi found himself among the millions exiled to the countryside. Both are nationalists who actively rewrite history to suit their cause. Both saw the fall of the Soviet Union as a tragedy born of state weakness. Both were unremarkable rank-and-file loyalists who maneuvered their way to the top after a period of inertia, perceived corruption and weak government — Putin after Boris Yeltsin and the chaos of the 1990s, Xi after Hu Jintao.

Scarred by 1989 in different ways, both value control above all, and have spent their years at the helm centralizing power and shoring it up, conflating their position with that, respectively, of the party and the state.

For Russia, that is ending in disaster. Ever more isolated from dissonant voices, Putin has just undone decades of economic progress for the sake of a hubristic war of conquest he is losing, and that is now rapidly angering a previously apathetic population and a once sycophantic elite as he drags more men into the fight. He blew up every off-ramp, and now the system is cracking. Beijing does not want that for itself.

Xi has been dealt a stronger hand. His is a one-man dictatorship on behalf of the party, as Frank Pieke, a visiting professor at the East Asian Institute at the National University of Singapore put it to me. And while China isn’t booming as it once was, Pieke points out that Xi has also moved beyond performative legitimacy that would require economic growth to keep him in place, and toward other means of underpinning his authority, including a muscular nationalism. Even common prosperity, the signature program trumpeted last year and potentially set to make a return at the party congress later this month, is about redistribution — not about a tide that will lift all boats.

Daniel Treisman, a political scientist at UCLA who has written extensively on autocrats, points out China can find a way through by making up for the disadvantages authoritarian systems have when it comes to development and innovation, for example, by leaning on the advantages, like unlimited data.  Xi also does not have to fall into Putin’s nationalist trap. Nationalism for autocrats is effective, as Treisman argues, when it is cost-free. Rhetoric is fine, a cross-strait amphibious invasion of Taiwan is not.

But how that quandary is resolved remains unclear. For now, China may have been sobered by the debacle in Ukraine and the poor performance of Russia’s armed forces — for all its saber-rattling in the South China Sea, Beijing has not fought a shooting war for decades — but Xi’s views on the need to reunite Taiwan with the mainland are only expected to harden as time goes on.

And the economic question, too, is an open one. The top-down system nurtured by Xi doesn’t do much for risk-taking and experimentation, both of which China needs for the next stage of its development, and centralization is already frequently resulting in either delays or excessive zeal on the ground. The continued support for state stewardship of industry is dragging down productivity. Although government-owned enterprises hold roughly a third of China’s industrial assets, they account for less than a fifth of total industrial profits.

Xi doesn’t have to repeat Putin’s mistakes, but he will soon have even more room to do that — and there’s the trouble.

Already, there have been worrying flashes of Putin in mercurial moves from Beijing, as political considerations increasingly overwhelm even economic priorities. Among the most notable has been the crackdown on Alibaba Group Holding Ltd. and affiliate Ant Group Co., which even if many agreed there was a need to redress the regulatory balance in the tech universe, was sudden — and an obvious warning to billionaires. Derailing a record-breaking initial public offering was a price Beijing was willing to pay for compliance. Then there was the even more abrupt assault on the private tutoring industry last summer that dragged the education tech sector to its knees.

Or, of course, there’s the continued pandemic theater of extreme lockdowns hardly justified in 2022, but which are impossible to change when the regime has staked its credibility on it. The course-correction mechanisms, the checks and balances of the past, are gone.

A warning is not a prediction. China has always seen cautionary lessons in Russia, and the changes that emerge over the coming weeks will provide a clearer hint of the future. But anyone still planning for a repeat of the past decade as Xi starts the next one, should buckle up.