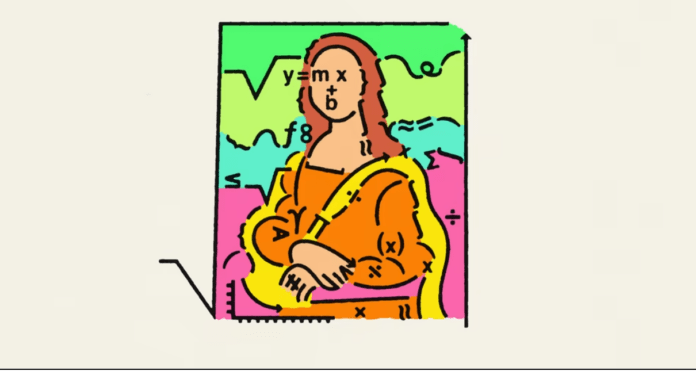 One of the most useless questions you can ask a kid is, What do you want to be when you grow up? The more useful question is: What are you good at? But schools aren’t giving kids enough of a chance to find out.

As a professor of animal science, I have ample opportunity to observe how young people emerge from our education system into further study and the work world. As a visual thinker who has autism, I often think about how education fails to meet the needs of our very diverse minds. We are shunting students into a one-size-fits-all curriculum instead of nurturing the budding builders, engineers, and inventors that our country needs.

Back when I went to school in the 1960s, shop class was the highlight of my day. I can vividly recall the wooden workbenches and the coping saws, hammers, pliers, screwdrivers, and eggbeater drills hung from a pegboard in a neat row. I also loved home economics. Although I was a tomboy, I enjoyed working with my hands in all kinds of ways. The skills I learned by embroidering, sewing, and measuring ingredients, I still use today.

If you went to public school in the ’90s or after, you may not remember such programs, which began to be scrubbed out around that time. In 2001, Congress passed the education-reform bill known as No Child Left Behind. Intended to raise national academic standards through comprehensive testing, it decimated classes that didn’t lend themselves to standardized testing. “Beginning in third grade, the amount of instructional time in the arts, music, science, and history was reduced, because basically what was tested got taught, and these subjects were not equally tested,” writes Nikhil Goyal in his book Schools on Trial. A new philosophy had supplanted hands-on learning: teach to the test, otherwise known as “drill, kill, bubble fill.”

When you buy a book using a link on this page, we receive a commission. Thank you for supporting The Atlantic.

Established by this time as a professor at Colorado State University and a consultant, I was in a position to see the difference. After the shift from hand-drawn to computerized drafting in the mid-’90s, I started noticing strange discrepancies in the engineering and architectural drawings provided by my clients: mis-centered circles, omitted reinforcing rods, a lack of crucial detail. Many of the people who were now designing on computers had never picked up a pencil or touched a piece of drafting paper or built anything.

Maria Siemionow, a transplant surgeon at the University of Illinois, has trained many surgeons. She credits their dexterity to hands-on activities in their early years. She herself crocheted as a child and made elaborate collages with pictures cut out of magazines. The journalist Kate Murphy wrote for The New York Times about a brain surgeon whose piano playing may have helped develop his superior manual dexterity. But recently a doctor told me of encountering interns who had great difficulty learning to sew up cuts, because they were not accustomed to using scissors.

Students need more exposure to the way everyday things work and are made. Nowhere is this more obvious than in the teaching of math, where we persist in a rigid approach that rewards those who “get it” and leaves the rest—including those with the very kinds of minds our economy and our future most desperately need—with a sense of profound failure.

Ididn’t speak until I was 4. I didn’t read until I was 8, and only then with considerable tutoring in phonics. The world doesn’t come to me through syntax and grammar. It comes through pictures, a series of associated visuals, as if I’m scrolling through Google Images or watching videos on Instagram or TikTok.

The fact that some people are visual thinkers while others are auditory- or language-oriented is better understood than it was when I was growing up. There are two types of visual thinkers. Some visual thinkers, like me, are “object visualizers”—we see the world in photorealistic images. Many of us are graphic designers, artists, skilled tradespeople, architects, inventors, mechanical engineers. “Spatial visualizers” see the world in patterns and abstractions. They are the music and math minds—the statisticians, computer coders, electrical engineers, and physicists.

Being an object visualizer means I’m good with my hands, at fixing and making things. But I’m terrible in areas such as algebra, which rely entirely on abstraction and provide nothing to visualize.

The traditional arithmetic I learned in the early grades made sense to me because I could relate it back to real-world things. Later, when I was learning how to design, finding the area of a circle proved essential to practical tasks such as sizing hydraulic and pneumatic cylinders. I could do trigonometry by visualizing, for example, the cables on a suspension bridge. But algebra: no.

A decade ago, an article by the political scientist Andrew Hacker, “Is Algebra Necessary?,” landed like a bombshell in the education world. Hacker assailed the insistence on algebra in schools, pointing out that the math taught there was nothing like the math people use in their jobs. “Making mathematics mandatory,” wrote Hacker, “prevents us from discovering and developing young talent. In the interest of maintaining rigor, we’re actually depleting our pool of brainpower.”

The irony has never been lost on me: I teach veterinarians, but I couldn’t get into veterinary school myself, because I couldn’t do the math. In college I had to drop a physics and a biomedical-engineering course. This screened me out of veterinary school and engineering. I had to choose majors with lower math requirements, such as psychology and animal science, and I got tutoring to help me through. Today, even those doors would likely be closed to me, because those degrees now have even higher math requirements. I recently received an email from a student who informed me that he had to take calculus for his undergraduate biology major. Biology was my favorite subject, but I would never have gotten past that barrier.

Not only has our approach failed to help kids find their way in the world; it hasn’t even improved their academic performance. By 2017, two-thirds of community-college students and one-third of four-year-college students needed remedial math. But maybe the decline in performance points to a deficiency not so much in how well students master material, but in what we are asking them to master.

More education experts finally seem to be questioning why, as Hacker put it, we “think of math as a huge boulder we make everyone pull, without assessing what all this pain achieves.” Christopher Edley Jr., for one, is on a mission to move the boulder. A former dean of the UC Berkeley School of Law, Edley wants to close the equity gap and increase graduation rates by eliminating algebra requirements for students who are not on a STEM track, noting that such requirements are “largely arbitrary.” Of the 170,000 California community-college students who are placed into remedial math on the basis of a standardized test, more than 110,000 will not complete the requirements for getting an associate’s degree or transferring to the University of California or California State University. A pilot program at California State University that allows students to substitute a series of statistics courses for algebra has shown that completion rates for math classes increase when algebra isn’t required.

In a paper titled “A Mathematician’s Lament,” Paul Lockhart rails against the modern approach to teaching math, typically three or four years of coursework in high school, starting with algebra and working up the chain: geometry, algebra 2, trigonometry, precalculus, calculus. Lockhart writes, “If I had to design a mechanism for the express purpose of destroying a child’s natural curiosity and love of pattern-making, I couldn’t possibly do as good a job as is currently being done—I simply wouldn’t have the imagination to come up with the kind of senseless, soul-crushing ideas that constitute contemporary mathematics education.”

Margaret Donaldson, the late University of Edinburgh developmental-psychology professor, studied the disconnect between the excitement with which kindergartners and first graders greet learning and the boredom and disaffection that seems to overtake many by high school. “How is it that something that starts off so well regularly ends up so badly?” she asked, way back in 1979. “Why do many children learn to hate school?”

Donaldson and her research partner James McGarrigle found that even children as young as 4 arrive at correct answers when given “humanly meaningful context” (in their case, a naughty teddy-bear protagonist) to make sense of a problem. Children, like many of us, need ideas to be connected to real-world examples in order to grasp and implement them.

American students are failing. And with every failure—on the Program for International Student Assessment test (if it were the Olympics, we wouldn’t even qualify), or on the National Assessment of Educational Progress, the most recent of which showed that only 37 percent of 12th graders can do the math needed to start college—we see renewed calls for “higher standards.” Yet “higher standards” translates into more bubble filling, when what kids need is engagement with real-life projects. The more students fail math, the more math we throw at them, and the more we test them. That has been the illogic of the past two decades.

For all my struggles in school, I’m grateful for the education I had. My success involved one building block after another. Nothing came easily or fast. First, the painstaking work of being taught how to read. Then the boarding school that I didn’t want to leave home for, but where I found doors opened for me. I took care of the stalls and horses, and my reward, getting to ride, cemented my lifelong love of animals. A science teacher intuited that I didn’t think like everyone else, and he gave me visually challenging science experiments, such as constructing an Ames Room—a room that creates the optical illusion that objects of the same size are of different sizes.

When I realized that I thought in pictures, and not everyone did, I also saw that I had skills as a result of the way my mind worked. I’ve been called an “animal whisperer,” though “animal seer” would be more accurate—I have the ability to spot the details, like a slant of sunlight or a chain in the chute that causes livestock unnecessary stress. I was able to draw blueprints just by watching someone else do it. You could say I have a photorealistic memory. When something goes wrong, whether it’s a piece of broken equipment or a plane crash, my mind races to understand why. I don’t get lost in a word salad trying to figure it out. I see the steps that led to the catastrophe through a series of detailed images or videos, and they lead me to solutions.

I value my different way of seeing the world, because it’s made me who I am.

No two people have the same intelligence, not even identical twins. And yet we persist in testing—and teaching—people in the same way. We don’t need Americans to be better at algebra, per se. We need future generations that can build and repair infrastructure, overhaul energy and agriculture, develop robotics and AI. We need kids who grow up with the imagination to invent the solutions to pandemics and climate change. When school fails them, it fails all of us.

This essay has been adapted from Temple Grandin’s new book, Visual Thinking: The Hidden Gifts of People Who Think in Pictures, Patterns, and Abstractions.