A New Phase in the Global Economic War 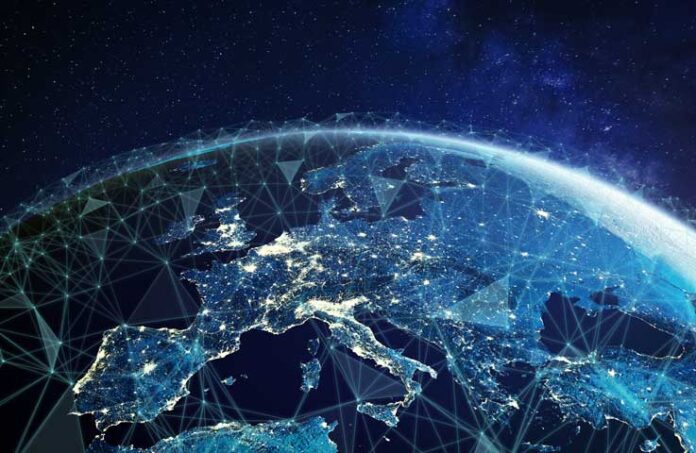 When Russia invaded Ukraine in February, it didn’t just start a ground war in Europe – it opened up what would become a worldwide economic war involving nearly every major power. The West responded to the invasion by imposing sanctions and using the international financial system against Russia, hoping to bleed Moscow enough economically to come to terms. Instead, Russia dug its heels in, doubling down on the decades-long strategy of weaponizing its energy sales to Europe while searching for new allies and buyers. Naturally, the removal of Russian energy sent shocks throughout the global economy.

Nearly six months later, the world has entered a new phase of the economic war. Even major powers are dealing with surging inflation, an ongoing pandemic, energy shortages and a potential food crisis. Extended high temperatures across Europe have raised energy demand for consumers trying to stay cool, as industry attempts to ramp up production as part of a long economic recovery. And that’s to say nothing of the upcoming winter, droughts in both hemispheres, pollution, supply chain disruptions, and continued ravages to fertile lands in Ukraine – all of which will compound global economic problems.

While inflation means higher prices for everyone, the consequences of the economic war go beyond price concerns. The shipping industry, for example, has been disproportionately affected. After the initial Russian invasion, the industry’s primary concern was to resolve war zone-related issues – for example, getting ships out of the northern shore of the Black Sea – before dealing with higher operational costs. The Russian shipping industry in particular is at all but a standstill. Though it accounts for just 1 percent of global shipping, Russians themselves account for nearly 11 percent of the seafaring workforce; Ukrainians account for nearly 5 percent, and so the war has created a labor shortage in the industry. Meanwhile, operators have developed audit procedures to make sure both shipment ownership and merchandise doesn’t come under sanctions – all of which is not only costly but time consuming, slowing down global supply chains while they are still under the impact of pandemic policies.

The insurance industry was next to adapt to the new business environment. The first challenge for insurers was to develop procedures that made it possible to audit institutional exposure to sanctions as they came (at an unprecedented pace, no less). Ensuring effective compliance in a rapidly evolving landscape is not only expensive but also risky, considering the potential for business losses. The pace of change that the implementation of the sanctions imposed has rendered companies unable to insure a sanctioned person or reinsure a sanctioned insurer, regardless of the type of business. Keeping tabs on sanctions, now business as usual, continues to increase operational costs and inflate the premiums paid by businesses worldwide, all of which are included in the final consumer price.

For all these reasons, rivalries will continue to grow as nations determine what is best for themselves. They will have to adapt their policies to the massive accumulation of minor and major shocks that result from the high uncertainty both producers and consumers are facing. These will include restricted exports, higher storage thresholds, measures supporting increased domestic production or even rationing. This will ultimately result in unintended, unpredictable consequences that will be harder to manage for all states, with some taking the hit more than others.

France’s nuclear power regulator announced on Aug. 8 that it had extended temporary waivers to allow five power stations to continue discharging hot water into rivers as the country faces one of the most severe droughts in decades. Cool water is essential for keeping reactors humming at nuclear power plants. But even if France is a major European nuclear energy producer and exporter, weather conditions have made it hard for it to continue operations. Last week, Electricite de France said it needs to decrease the nuclear energy production at two other plants because of weather conditions.

This is just as much a problem for Germany, which hoped to import some French electricity production to try to reduce its energy dependence on Russia. Faced with high inflation and expecting an energy shortage in the coming months, German lawmakers are exploring measures to save energy. German Chancellor Olaf Scholz acknowledged that the spiraling energy costs are a potential source of social distress and instability. Meanwhile, the same drought is affecting the German economy. Germany’s transport minister said low water levels on the Rhine may cause shipping problems and called for an urgent dredging plan to keep the German economy safe. Put simply, nothing seems reassuring for Europe’s economic powerhouse. And if Russia decides to cut natural gas supplies, the situation will only get worse.

All these issues are also evident in the way the recently brokered grain export agreement has been implemented at the port of Odesa. The deal was supposed to ensure that Ukrainian grain could reach Africa and other parts of the world, averting a food crisis and bringing relief to global grain markets. Hours after the agreement was signed, however, two Russian missiles hit the port. Moreover, port operators, like the shipping industry, are facing a labor shortage. And legal questions abound over the application of sanctions; local sources mention issues with paperwork and approval processes.

Russia is a top exporter of most commodities, so naturally sanctions raise similar questions in ports around the world. Except for the U.S., which is largely self-sufficient, most of the world’s industrial producers – especially China – depend on imports of commodities. China is also dependent on the U.S. to buy its exports. Considering its mounting socio-economic troubles, Beijing will do all it can to avoid getting caught in the economic war between the West and Russia – unless events around Taiwan force it to do so. For the business world, this translates into higher operating expenses and more supply chain risks, all of which contributes to the accelerated adoption of onshoring or reshoring.

For Western firms, however, onshoring comes with its own risks – inflation, first and foremost. American firms must consider higher energy prices, but Europeans are dealing with uncertainty over the security of supply itself. Even if Russia doesn’t cut Europe’s gas supply, the Europeans will need to use rubles for the purchases, weakening the euro and driving inflation higher. At the same time the West, especially Europe, must help keep the Ukrainian economy afloat. All this uncertainty makes Europe a less attractive destination for business investment, let alone onshoring.

The Kremlin’s challenges are similar, if not worse. Sanctions and supply chain havoc are reducing what gets to Russian producers, and when things get there, they’re more expensive than they used to be. The government has reassured the population about its anti-sanctions measures, but its businesses are feeling the heat. One measure requires Russian firms to sell a percentage of their foreign currency to the central bank for rubles, helping to prop up the national currency. This percentage has fallen significantly since the war began, but close financial monitoring continues, as does business uncertainty.

The Kremlin was aware of these risks before invading Ukraine but made a political calculation. Putin placed Russia’s security strategy above its prosperity, knowing the Western counter had strict limits. For starters, the prospect of a weak and unstable nuclear-armed Russia isn’t very appealing for Europe or the United States. Nevertheless, the Kremlin also knew that without Western technology, the Russian economy would struggle to maintain the previous pace of development. The sanctions have started eating into Russian energy production, and there are indications that broader manufacturing output is suffering. Even if Russia benefits from higher commodity prices, the technology restrictions in particular will start to bite and could turn into socio-economic problems.

The Kremlin believes Russians will endure these hardships so long as it can sell a plausible story that Russia is winning the war. As part of this effort, Moscow benefits from the opportunity to deliver positive news at home about new friends in Africa backing it against the West. Though it’s unclear how much African allies can help, for the Kremlin the moral support may be enough. At the same time, it’s unclear what affect the war is having on Russia’s labor force after the damage wrought by the pandemic.

War is the ultimate disruptor. The risk of global economic destabilization grows with each step, offensive or defensive, in the economic war, and as business executives’ decisions trickle through the supply chain. Together, this accelerates the fragmentation process that was already underway because of the pandemic.

Europe and Russia will be most affected first. A difficult winter is coming for both. Europe’s energy dependence on Russia is a massive challenge, especially during the Continent’s worst drought in decades. For Russia, even if it can find new markets to sell to, the stream of key technologies into the country is drying up. Things will get worse late in the year, especially if we factor in the uncertain labor market. Moscow’s insistence that things are going well is worrying. For both Russia and the global economy, they clearly aren’t.