A Murder in Russia 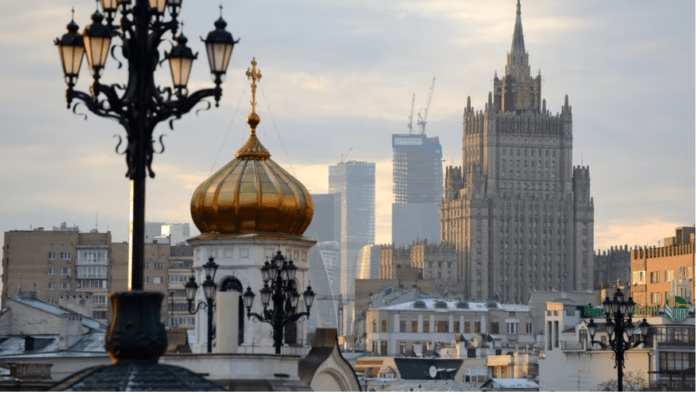 The daughter of a prominent Russian fascist was killed in a car bombing in Moscow. Most Americans have no idea who the Dugin family is, but this event could have serious repercussions in Russia and Ukraine.

A car bomb exploded in one of Moscow’s wealthy neighborhoods on Saturday night, killing Darya Dugina, the daughter of Aleksandr Dugin, the spiritual godfather of Russia’s surging fascism. Her death may have an impact far beyond the Russian capital. Or it might not; this may have been part of yet another tangled vendetta among Russia’s elites. We won’t know the truth for a while—if ever—but following this story requires some context about the Dugins.

It’s possible (if unlikely) that this might not have been about politics. Dugin’s daughter was driving her father’s car, but in Moscow, people with money and proximity to power live with a certain amount of generic risk from any number of potential enemies. To be involved in anything of material or political importance in Russia is to court risk. (Many years ago I was interviewed for a relatively high-visibility job with a Western company that wanted to assign me to Moscow. The position, I was assured, came with a fine salary and a nice apartment—and reliable bodyguards.)

But the Dugins are not ordinary propagandists. Aleksandr Dugin is part of a weird strain of Russian imperial hypernationalism that somehow manages to venerate Russian Orthodoxy, Stalin, the Nazis, and the occult all at the same time. You can read more here about the late-1980s trends in the U.S.S.R. that produced this vicious and deeply weird school of thought, but spare yourself the effort it would take to make sense of it all. Much of it is warmed-over Russian messianism and mystical gobbledygook, the product not only of 19th-century Russian grievances against Europe and Western Christianity but also of late-20th-century Soviet resentments against the “Atlantic” world led by the United States.

Underneath it all is the simple and brutal belief that Russia—specifically white, Christian Russia—is destined to rule Eurasia as the first step to contesting world domination with the decadent Americans and Europeans. Dugin’s ravings are as unreadable in Russian as they are in English, but the Russian General Staff assigns Dugin’s book as a required text, and understandably so. It is an almost perfectly Orwellian view of total and permanent war, a perfect ideology for a country afflicted by both a deep inferiority complex and a dark spiritual vacuum.

Ukraine, of course, is at the top of the list of regions to be recaptured. Kyiv is the birthplace of Slavic Christianity, and for people like Dugin (and Vladimir Putin), the existence of Ukraine as an independent state is intolerable. Dugin doesn’t mince words about Ukraine; back in 2014, he said that Ukrainians “must be killed, killed, killed.”

Dugin’s 29-year-old daughter ran a disinformation website in Russia and was already under U.S. sanctions. (Among other things, she claimed that the Bucha massacre outside Kyiv was staged.) She shared her father’s ideology and his loathing for Ukraine.

So who killed her? Russia’s Federal Security Service (the FSB, by its Russian initialism) claims that a Ukranian woman named Natalia Vovk moved into Dugina’s apartment block a month ago, planted the bomb, and fled to Estonia. This seems pretty quick and convenient, and the Russian news service TASS has already declared the case solved.

It’s true that Russian officials in Ukraine have been killed by car bombs, which are old-school hits by modern Russian standards. It’s not clear, however, why the Ukrainians would want to go to Moscow to take out second-stringers like Dugin or his daughter; his star has dimmed over the years, in part because he was critical of Putin for not being brutal and imperialistic enough. As my fellow Russia expert (and Dugin watcher) Nick Gvosdev told me today, Dugin’s ideas may have had some influence, but he wasn’t a presence in the Kremlin, where he was seen as unstable and potentially embarrassing. Dugin isn’t a nobody, but he wasn’t exactly running the war in Ukraine, either.

Kyiv denies Moscow’s charges. Meanwhile, a former Russian parliamentarian and dedicated Putin opponent, Ilya Ponomarev, claimed in a broadcast from Kyiv that the bombing was the work of a group calling itself “the National Republican Army” that is dedicated to overthrowing Putin, but this is not verifiable.

Could the FSB have hit Dugina while trying to kill Dugin, perhaps as a plot—the kind Russian spies have been accused of in the past—to spin up fresh hatred against Ukraine and get some of the heat off itself for its botched advice six months ago? That’s a stretch, too, because anyone who admired Dugin was already all in on the war. But in Moscow in 2022, anything is possible.

Unless someone with more credibility claims responsibility, or more evidence emerges in Russia, we’re unlikely to know much more anytime soon, no matter how quickly TASS or Twitter declares the case closed. The one certain outcome is that the Russians will use Dugina’s death to press on with their campaign of atrocities and destruction.