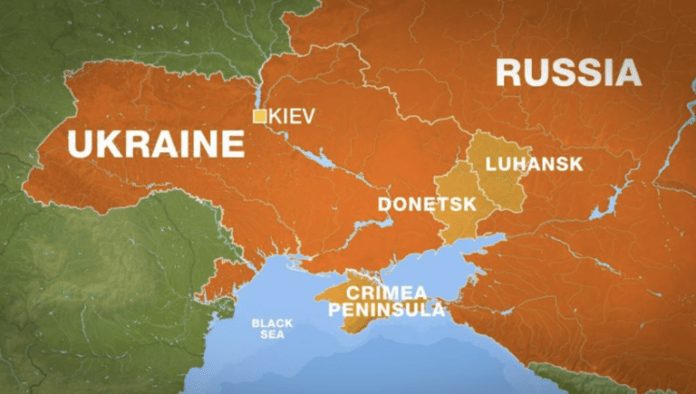 A commander said, “this is not a training deployment, this is a combat deployment”

by Kyle Anzalone
Posted on

CategoriesThe White House has deployed thousands of American soldiers just miles from Ukraine to prepare for war, according to CBS News. Officers speaking with the outlet revealed they were there for combat against Russia.

Brigadier General John Lubas confirmed nearly 5,000 troops from the 101st Airborne recently joined the 100,000 American soldiers already deployed to Europe. Lubas described his troops as being on “full deployment,” and they are preparing to fight Russian soldiers in Ukraine. “This is not a training deployment, this is a combat deployment for us. We understand we need to be ready to fight tonight,” he said.

CBS Reporter Charlie D’Agata was embedded with the American forces as they conducted military drills – at a forward operating base – within four miles of Ukraine’s border. The 101st Airborne is engaged in joint exercises with Romanian forces, simulating Ukrainian soldiers’ combat against Russian troops.

Colonel Edwin Matthaidess said his forces have been “closely watching” the Russian soldiers, “building objectives to practice against” and conducting war games that “replicate exactly what’s going on” in Ukraine.

CBS News reported, “[Russia’s] goal is to cut off all Ukrainian access to the sea, leaving the country and its military forces landlocked.” CBS News did not provide a source for that assertion. The Kremlin has publicly said its war goal is limited to eastern Ukraine.

Lubas declared the division was “ready to defend every inch of NATO soil.” However, Moscow has never threatened to invade a NATO country. Ukraine is not a NATO member. When President Zelensky said Ukraine should be allowed into the North Atlantic alliance last month, National Security Adviser Jake Sullivan and NATO Secretary-General Jens Stoltenberg rejected Kiev’s proposal.

The 101st Airborne is a light infantry division. It carries the nickname the “Screaming Eagles” as the Pentagon utilizes the 101st as a force that can deploy around the world within hours. Lubas described his division as bringing a “unique capability, from our air assault capability… We’re a light infantry force, but again, we bring that mobility with us, for our aircraft and air assaults.”

Romanian Major General Lulian Berdila told CBS News that the presence of American troops was reminiscent of WWII, “The real meaning for me, to have the American troops here, is like if you were to have allies in Normandy before any enemy was there.” The 101st has not deployed to Europe since the last world war.

Kyle Anzalone is the opinion editor of Antiwar.com, news editor of the Libertarian Institute, and co-host of Conflicts of Interest.

Europe accuses US of profiting from war