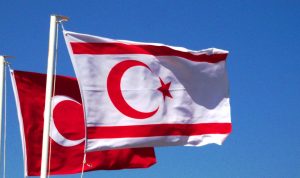 A conference next week in Turkish Cyprus will explore new models for solving the longstanding dispute over the divided island.

Alternative models for a solution on Cyprus will be discussed at Eastern Mediterranean University on April 1-3 in a conference titled “The Cyprus Issue: The Past, Present, and Future of Cyprus” in Lefkoşa, the capital of Turkish Cyprus.

More than 50 academics and experts from various countries and research fields will discuss how the discovery of hydrocarbon reserves in the eastern Mediterranean could affect the Cyprus issue.

Also set to be discussed are the process of negotiation, political and social problems in the TRNC, and the representation of Turkish Cypriots in the international arena.

Papers presented at the conference will later be collected in a book to be published by Springer.

The conference will discuss the changing situation of Cyprus and evaluate new ideas for a solution, Hüseyin Gökçekuş, dean of the Civil Engineering Faculty at the TRNC’s Near East University, told Anadolu Agency.

“Solving the Cyprus dispute through a federation is impossible,” he said.

The conference will focus on new solution models such as “one island, two states,” he added.

Haluk Kabaalioğlu, a senior Turkish academic, said the idea of a bi-zonal and communal federation on Cyprus was actually raised long ago.

“Cyprus should be a confederation or a two-state solution, as EU institutions would have no guarantee of assurances in a bi-zonal and communal federation due to their supranational powers,” he said.

“Turkish Cypriots’ approval is needed for any confederation model,” he added.

“If the parties’ mutual trust of the parties is ensured or Turkey becomes a full member of the EU, then there could be a transformation from confederation to federation,” he said.

Cyprus has been divided since 1974 when a Greek Cypriot coup was followed by violence against the island’s Turks and Ankara’s intervention as a guarantor power.

The island has seen a sporadic peace process in recent years, including the collapse of a 2017 initiative in Switzerland under the auspices of guarantor countries Turkey, Greece and the U.K.