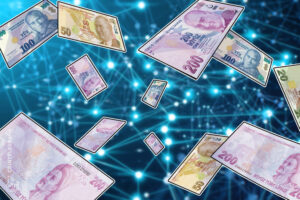 Turkish residents are losing faith in their local fiat currency, with confidence in the lira falling 20% this year.

Rampant inflation is affecting Turkish residents’ confidence in the nation’s lira fiat currency. According to a Reuters report on Aug. 14, locals are dumping lira, converting it to dollars and buying gold.

Even with market interventions and reassuring stories about monetary stability coming from the government, the locals’ faith in the lira is on a downward trajectory. Inflation is currently at 11.8% and has overtaken the amount of interest offered for savings at banks. One resident was quoted as saying he had bought gold as a safe-haven asset:

“I think it is the best investment right now so I converted my dollars to buy gold, I might withdraw my lira and buy gold with it too, but I am scared to go to the bank right now because of coronavirus.”

Locals expect more panic-selling of the lira if the government can not boost confidence in the currency, which has dropped by almost 20% in 2020.

Getting worse before it gets better

Turkey’s economy depends mostly on imports. The pandemic has worsened inflation and it may also cause a balance of payments crisis, further weakening the currency.

As fiat currency like lira continued to lose value due to massive inflation, Bitcoin’s market cap has reportedly become greater than Bank of America and the New Zealand dollar.

While reports of widespread crypto adoption in Turkey have been debunked recently, local exchange BtcTurk conducted a small survey with the Istanbul University’s Statistics Appliances and Research Center in July. It found that during the COVID-19 pandemic, trust in Bitcoin increased by 23%, while satisfaction spiked 58.5%. Usage among the Turkish audience has reportedly doubled since February 2019.