The Fog of War and the Grammar of War 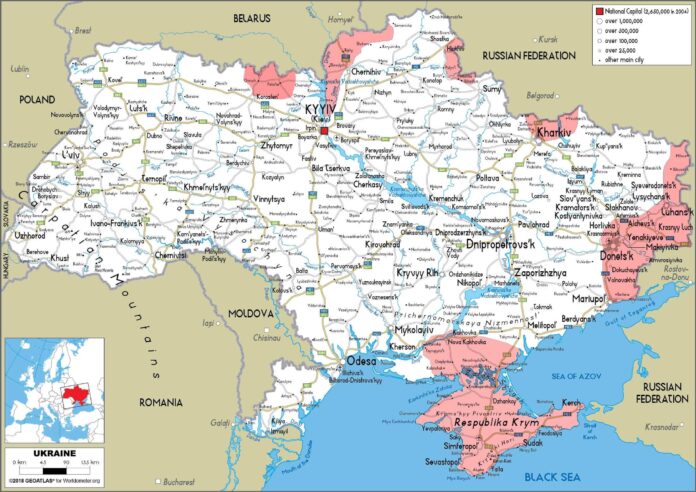 The fog of war is an ancient concept, worn but true. Advancing on what he thinks is an enemy position, sitting in an armored personnel carrier, a soldier dreams many dreams, mostly nightmares, and can rapidly become trapped in hallucinations. The sound of a hatch slamming shut is transformed into an artillery round being fired. A person yelling in the distance is transformed into the sound of a division approaching. The frightened mumbles of a buddy become an incoming airstrike. Fear is the husband to illusions, and those illusions can become truth to a reporter unschooled in the grammar of war.

In trying to make sense of the war that has begun in Ukraine, it is necessary to try to clear away the fog. An example occurred last night when reports emerged that a cruise missile had exploded after hitting a building in Ukraine. There may well have been an explosion, but it’s unlikely that anyone could see the actual rocket. It’s nearly impossible that anyone could identify it as a cruise missile. Now, someone living in Texas who saw this account might draw the conclusion that the Russians were targeting minor sites with cruise missiles, and had vast amounts of them. Or he might draw the conclusion that someone saw an explosion and assumed it was caused by a Russian missile, which he labeled a cruise missile.

Reports surged out of Ukraine last night of many explosions, many encounters with tanks, and so on. Ukrainians were terrified last night. They were at war with a powerful enemy, and everywhere they looked, there was danger. It is no surprise that they saw tanks operating alone or infantrymen traveling hundreds of miles on foot to seize a minor government building in the middle of nowhere. But at the beginning of war, these things are believed, and the task is to measure the reports against the grammar of war. A small infantry unit does not prepare to attack a building the same day it was transported by truck hundreds of miles. Tanks do not push through the hostile night alone. Fear transforms reality into a monster waiting to seize you. 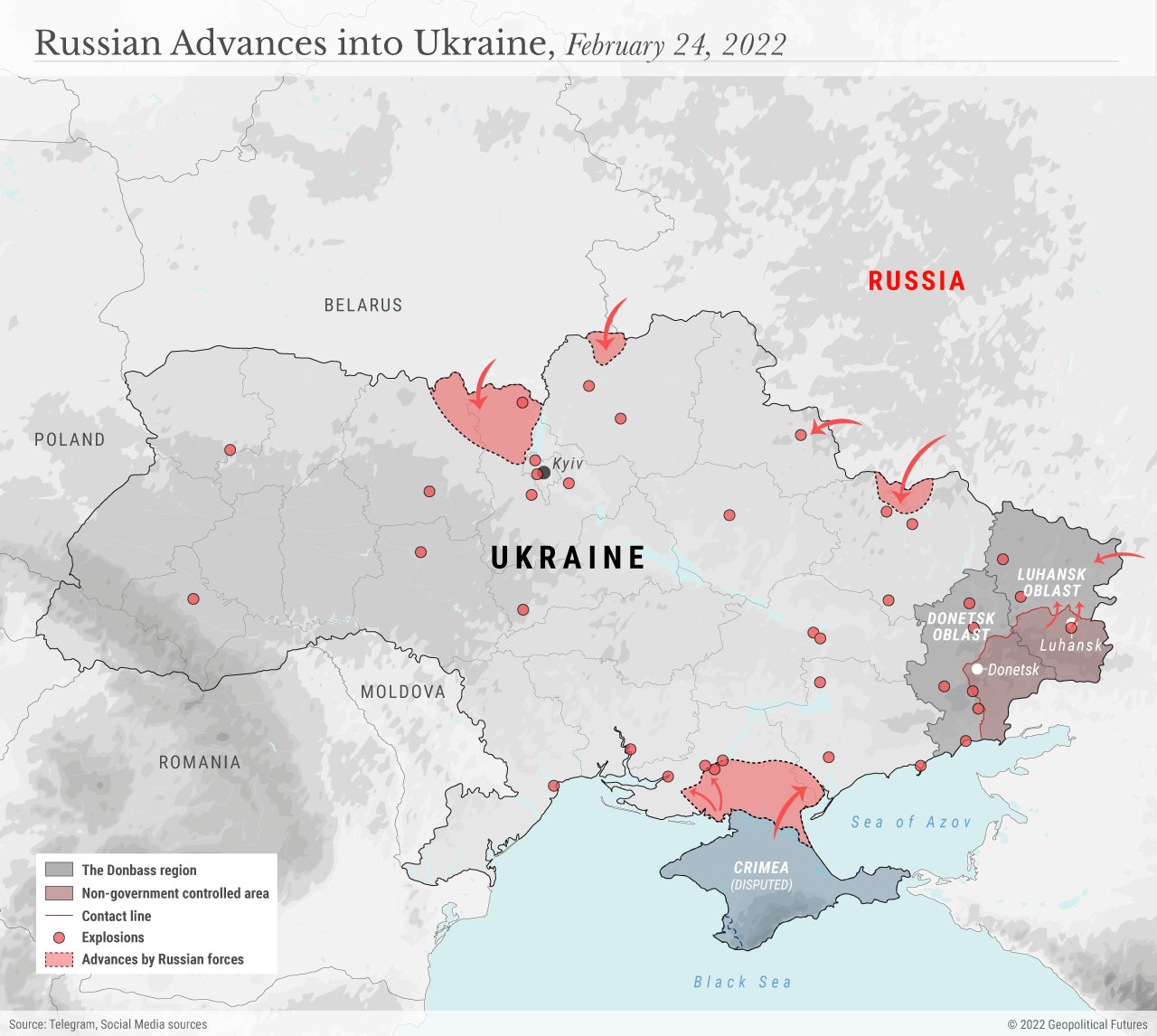 This is the true fog of war. It is not the cool uncertainty of what you need to know but don’t. It is a desperate attempt by people to make sense of what they are seeing, or more precisely, to grab hold of what they are fearing. Psychological warfare experts on both sides are trying to manipulate people. The Russians want to convince Ukrainians that their situation is hopeless, and the Ukrainians want to convince themselves that there is a real chance if they believe in their country. The result is that the first day of war is a form of madness, and trying to understand what is happening from that madness is impossible. Reports from the front lines from journalists who last covered the Super Bowl are icing on the cake. Nothing can be believed yet from our safe remove.

One report that I do believe is that a column of Russian armor moving toward Kyiv encountered Ukrainian infantry armed with Javelin anti-tank missiles and was devastated. This coheres to the grammar of warfare. I recall the Soviet AT-3 anti-tank missile devastating an Israeli brigade that had never seen such a thing. The dialect of guided missiles against tanks is well-known now and will be a reason the Ukrainian situation is not hopeless. This fits into the grammar of war. The rest of the noise does not. We should all be careful to wonder why, if the Russians are so smart, they didn’t shut down all Ukrainian communications before beginning the attack. The grammar of war clarifies the fog of war, or at least defines the questions worth asking. Right now, there are many.