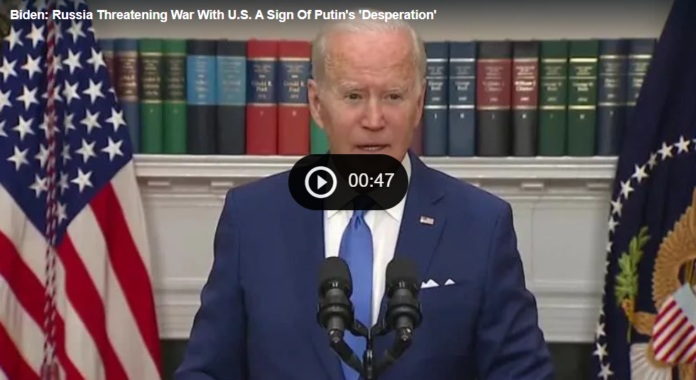 Recent threats made by Russian officials about retaliation against countries interfering in Ukraine may serve a dual purpose of warning off Western powers while also building favor among Russian citizens should a full conflict with NATO break out, according to experts.

Russian President Vladimir Putin said during a Wednesday address that any countries who “create a strategic threat to Russia” during its war in Ukraine can expect “retaliatory strikes” that would be “lightning-fast.” Days before, Russian Foreign Minister Sergey Lavrov said in an interview that “NATO is essentially going to war with Russia through a proxy and arming that proxy.”

Various experts who spoke with Newsweek recently said Russian officials have increased the amount of threatening rhetoric as a way of stoking fear in NATO allies. Some experts also feel it’s an effort to win over the hearts and minds of the Russian public.

“All along, Russian domestic propaganda has emphasized that Russia is at war not with Ukraine, but with NATO and the West,” Yuri Zhukov, an associate professor at the University of Michigan, told Newsweek. “Behind every Ukrainian military success, in this narrative, there is a NATO officer telling the Ukrainian where, when and whom to shoot.”

Zhukov continued, “This framing makes it easier to explain military losses to the domestic audience. It also helps lay the political groundwork for a potential full wartime mobilization in Russia, which the regime has so far been hesitant to announce. And yes, it also creates political pressure to strike NATO targets, beginning with supply lines.”

“I think from the perspective of Moscow, they want to build a case that this whole thing was started by NATO and the United States,” Jonathan Katz, the director of Democracy Initiatives and a senior fellow with the German Marshall Fund of the United States, told Newsweek.

Katz added that he feels Putin is “using the boogeyman of NATO, of the United States, to justify the actions that he is taking to the Russian domestic population.”

The Financial Times noted that when Putin brought up during his Wednesday speech having “the tools we need” for retaliatory strikes, “the likes of which no one else can claim at this point,” he could have been referring to a nuclear-capable intercontinental ballistic missile that Russia had recently tested. Reuters also reported that Lavrov alluded to the danger of nuclear war during his Monday talk with state media.

President Joe Biden on Thursday talked about such threats coming from Russian officials, calling the rhetoric a sign of “desperation that Russia is feeling about their abject failure.” However, John Kirby, the press secretary for the Department of Defense, on Friday said these threats are taken seriously and Putin should refrain from making incendiary remarks.