How the Ukrainian Battlefield Redefines the World 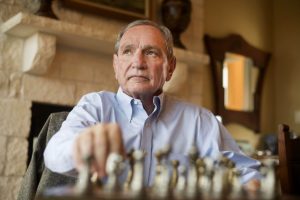 The war in Ukraine is a humanitarian tragedy to be sure, but that’s not why it has commanded the world’s attention. After all, there are humanitarian crises taking place in Yemen, Syria and other countries as I write this. From a geopolitical perspective, the war is potentially a watershed moment – that is, if European politico-military unity endures, creating a new model of Europe and redefining the functioning of the global system. A secondary issue is whether China’s view of the world will change too as it either seeks a new understanding with the United States or becomes more estranged from it.

The Russians have fought a surprisingly poor war so far in Ukraine, especially when you consider their goals: to secure Ukraine as a buffer from the West, and to demonstrate Russian power as a force to be reckoned with. So far, the war has done the opposite. In some cases this is surmountable: In Afghanistan, Iraq and Vietnam, for example, the United States failed to impose its will and was seen by some as a power in decline. The difference is that those countries were not essential to American security. Ukraine is vital to Russia’s.

So now Russia is looking for reinforcements from Syria, Belarus, the Wagner Group, and so on. Even if Moscow finds willing participants, it takes time to transport troops, familiarize them with the battlefield, and insert them in the combat structure. And even if Moscow succeeds in doing all these things, it still portends a long and drawn-out conflict. To many observers, the need to recruit foreign troops indicates a failure of Russian commanders, a weakness in training and motivating troops, and logistical problems.

If Russia wanted to create a sense in Europe that it could invade at will – something it likely would not have done, but something that would have potentially caused Europe to find an accommodation with Moscow or reconsider its relationship with the U.S., just in case – it has failed. For now at least, it has brought the United States and Europe closer than before. The continued combat and the brutality that Russia now seems to think are required to defeat Ukraine only galvanize it more. It’s hard to think of an outcome for Russia, short of using weapons of mass destruction, that leaves the West worried about Russia as a major threat.

And that’s not just because of Russia’s poor performance on the battlefield. Great power status is partly military and partly economic. Russia’s gross domestic product in 2001 was $1.6 trillion, ranked 11th in the world just behind South Korea. Since then, Russia has limped along from volatile energy prices, the 2008 financial crisis, the COVID-19 pandemic, and now crippling sanctions in response to its invasion. In other words, it can no longer be thought of as an economic power either. And this changes our understanding of the world where Russia was considered a great power, due to its military force, accepting a weak economy.

Weeks before the war began, China sought an alliance with Russia because it needed friends in the face of the massive U.S. alliance structure running from Japan to India. As I have mentioned, China has no significant allies, save Pakistan. China knew it could not provide economic support to Russia – it has its own problems to manage – but at the very least, China needed some relief, which it hoped to achieve by harnessing Russian military power to force the United States and Europe to recalculate the threat that sanctions against it poses.

Aside from the military aspect, Russia benefitted from the possibility of financial support from China, or at least the impression to lenders that China was backing the Russian economy. It was obvious that Russia’s ability to contribute significant force to a Chinese battlefield was limited, as was China’ willingness to adopt a weak Russian economy. The alliance had the power of instilling fears in those whom they wanted to be afraid.

The alliance is still rhetorically there, but the possibility of actual support is not. Russia has already been damaged by economic actions from the United States and its allies, and China, at this economic juncture, cannot afford to be caught in the trap Russia is in. Any military support would run afoul of sanctions. Put simply, Russia is a liability for China.

Beijing’s decision to announce its alliance with Russia, I suspect, was based on knowledge of Russia’s invasion. This made an alliance attractive to China when it believed Russia was capable of a quick and easy victory, one that would, in theory, force the West to reconsider their position on a China that could, maybe, replicate the Russian strategy.

Russia’s incompetence has forced China to do everything it can to recoup, and thus it needs to reconsider its relationship with the U.S. It is in a severe economic downturn. Its alliance with Russia hasn’t borne any fruit, nor is it likely to. The United States and Europe have developed a model of economic warfare that, if applied to China, would seem to be extremely damaging. China’s short-term strategy, then, is to appear confident, maintaining its rhetorical support for Russia and criticizing the U.S., while it considers its next move.

Notably, Taiwan isn’t the next move. China has seen firsthand that wars can go wrong and thus that an invasion of Taiwan is something to avoid for now.

If we think about the great powers of the world, we normally list the United States, Europe and Russia. Russia will have a problem claiming something like that unless it does something startlingly effective. Europe is a great power if it sticks together militarily and economically. It is doing that now, but as fear of Russia dissipates, old tensions will emerge. China is still a great power, albeit one with an untested military and a troubled economy. For now, the United States alone remains great economically and militarily.