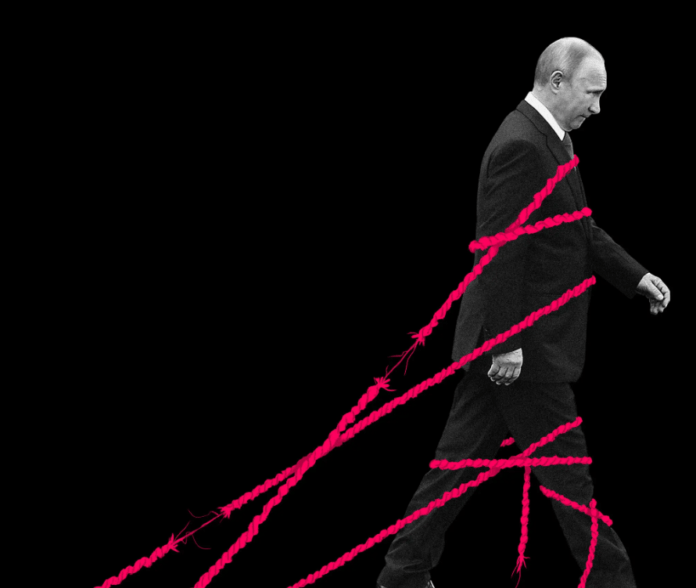 Sign up for the Russia-Ukraine War Briefing.  Every evening, we’ll send you a summary of the day’s biggest news.

When Vladimir Putin ordered the invasion of Ukraine in February, trampling on the sovereignty of a neighbor, international sanctions were the best path forward for the United States and its allies to take. The ruthlessness and grave atrocities toward civilians that have ensued since only reinforce that call.

As of this week, those sanctions have made dents in both Russia’s economy and its ability to wage war in Ukraine. As foreign companies have withdrawn operations from Russia, Moscow’s mayor, Sergei Sobyanin, estimated that some 200,000 people there are at risk of losing their jobs, and there’s some evidence that the decision by Europe and the United States to restrict the export of microchips has already affected Russia’s ability to produce and repair tanks. The sanctions have also sent a vital message of support to the Ukrainian people.

It is undeniable that the United States and its allies were — and still are — right to use sanctions to try to end this war.

Yet as the Biden administration weighs the next phase of this conflict, Americans should be cleareyed about the limits of what sanctions are likely to achieve.

It’s too early to know how history will judge this unprecedented, sweeping effort to make Mr. Putin pay a price for his war. Nor can we predict the unintended consequences these sanctions may produce in the coming months or years. But there are lots of indications that the war — and the sanctions it triggered — could last a long time. As it is wise to have definite goals and an exit strategy when a country enters a military conflict, the same is true for waging economic warfare.

The West has turned to sanctions as a tool with growing frequency since World War II — in places as varied as South Africa, the Soviet Union, Cuba, Venezuela, North Korea and Iran. It is relatively easy to apply sanctions, and they nearly always satisfy the domestic political need to “do something” short of military engagement.

Here’s the issue: Sanctions historically have not been particularly effective in changing regimes, and their record at changing dictators’ behavior is mixed at best.

Cuba, Venezuela and North Korea never bowed to American demands. Where there are success stories, they are modest: Crippling sanctions brought Iran to the negotiating table over its nuclear program, but that regime never stopped asserting its right to enrich uranium. The bite of sanctions eventually contributed to the end of white-minority rule in South Africa, but it was just one of many factors.

Or, to understand the limits of sanctions, Americans might consider our own national experience. When Arab nations imposed an oil embargo on the United States in the 1970s, it caused a lot of pain, but it did not cause the United States to stop supporting Israel.

The Biden administration deserves credit for laying the groundwork for multilateral sanctions, which are the only kind that have the hope of success. The greatest effects seen so far from the sanctions have been by unplugging Russia, if only partially, from the international financial system through moves like freezing billions of dollars in assets overseas and taking some Russian banks off SWIFT, the global messaging system for financial transactions. These far-reaching punishments, unthinkable even a few months ago, displayed a new sense of cooperation among the United States and the other Group of 7 countries.

Even Mr. Putin acknowledged that they have “achieved certain results.” But focusing on helping Ukraine financially and with military equipment might prove more productive than thinking up new sanctions on Russia. The Biden administration appears to recognize this, at least in part, with its latest $800 million in military aid and $500 million in emergency funding announced on Thursday.

Sanctions alone — at least any sanctions that European countries would be willing to now consider — will not bring Russia to its knees any time soon. As long as Europeans still depend on Russian oil and gas, Russia will be able to depend on significant income from that relationship. The spat over whether gas deliveries will be paid in rubles, as Russia has demanded, only highlights the bind that European countries find themselves in.

The oligarchs who are losing their yachts and the people who are tightening their belts have little sway over the Kremlin. In Russia, with average citizens, Mr. Putin has grist for a loud “I told you so” about the West’s purported longing to bring down Russia.

Will the sanctions imposed by the Group of 7 nations truly isolate Russia? No. A number of countries, including Mexico, Saudi Arabia, South Africa and, most significantly, China, remain on friendly terms with Russia. The fact that this list also includes archrivals Pakistan and India, as well as Iran and Israel, illustrates Mr. Putin’s influence as an arms dealer and a power broker in South Asia and the Middle East.

The United States could tighten the economic screws on Russia by imposing secondary sanctions. U.S. officials already appear to be threatening as much in meetings and calls with officials in India and China. Secondary sanctions are a powerful tool to compel other countries to get in line with American policy. But the potential benefits need to be weighed against the risks and costs. The extraterritorial application of American laws can also incite deep resentment, even from European allies at times. Secondary sanctions should be used sparingly, and only after consultation with partners.

Sanctions can have other unintended consequences as well. They can actually end up strengthening a dictator’s grip on power by tightening state control over the economy. Private businesses can have a hard time weathering the storm of sanctions, but authoritarian regimes and their state-owned enterprises often find ways to circumvent them. Sanctions also provide dictators with a credible external enemy to blame for the misery of their people. Instead of pushing people to rise up against their rulers, sanctions often inspire a rally-around-the-flag effect. After Western sanctions were placed on Russia in 2014, in the aftermath of the annexation of Crimea, 71 percent of Russians saw them as an attempt to “weaken and humiliate Russia,” according to an independent poll.

It is also worth remembering that, although Russia’s invasion proves that economic integration is no cure for war, economic isolation is also not a recipe for peace. Sanctions are often sold as an alternative to war. But they can also be a precursor to war, as seen with the institution of the American oil embargo against Japan and the freezing of Japanese assets about five months before the attack on Pearl Harbor.

So, while sanctions can hobble economies, they rarely compel the kinds of wholesale political changes that American officials would like to see. Research has shown that they produced some meaningful changes in behavior about 40 percent of the time. Change is unlikely to occur when sanctions are imposed without communicating the steps that must be taken for them to be rolled back.

All the more reason that the United States should have a clear plan for how and under what circumstances it would be appropriate to roll back these latest sanctions. Right now, this has been left deliberately vague to allow the Ukrainians to directly negotiate with Russia. It is laudable to give deference to Ukrainians whose lives are on the line in this terrible war. But creating clear goals and communicating benchmarks for sanctions relief are important factors in successful sanctions. Too often, sanctions are left in place for decades, without evaluation of whether or not they are achieving what they were put in place to do.

The United States and its allies have been wise in tightening the economic screws on Russia, so long as they bear no illusions about what this can and cannot achieve.