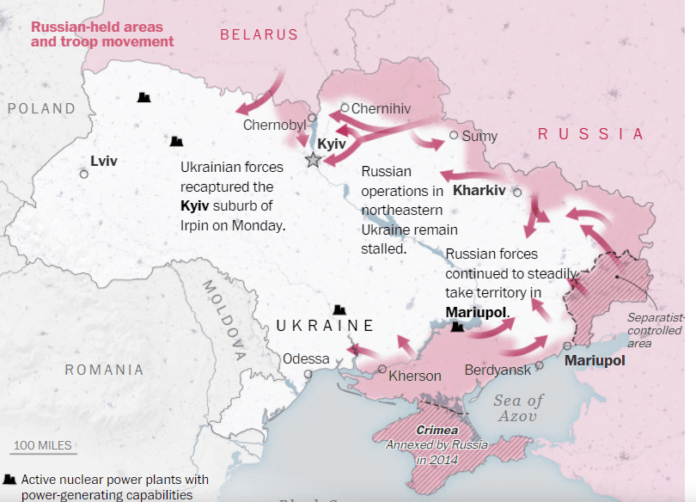 Maps of Russia’s invasion of Ukraine

This page will continue to be updated.

Nearly five weeks into their invasion, Russian forces continue to mount sporadic attacks on civilian targets in a number of Ukrainian cities. 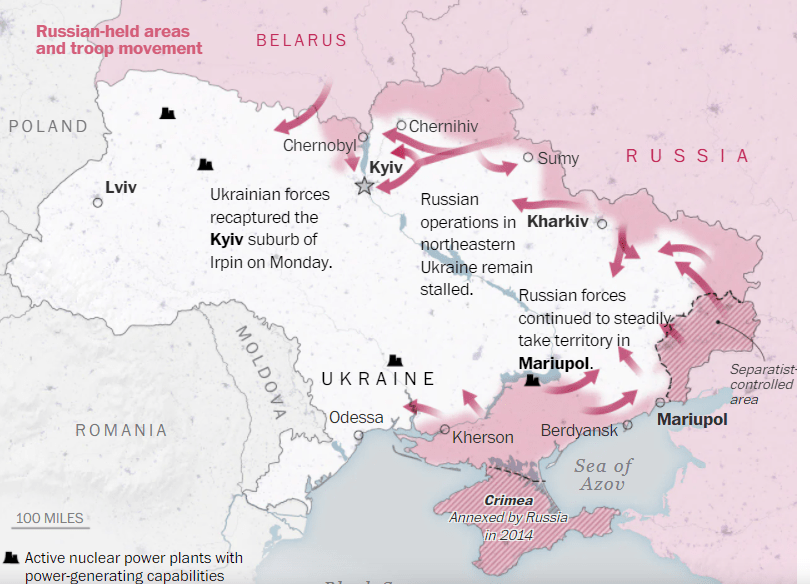 Residential neighborhoods in Ukraine’s capital, Kyiv, have been hit by repeated Russian airstrikes in recent days, as Russian forces have slowly gained ground across the country. 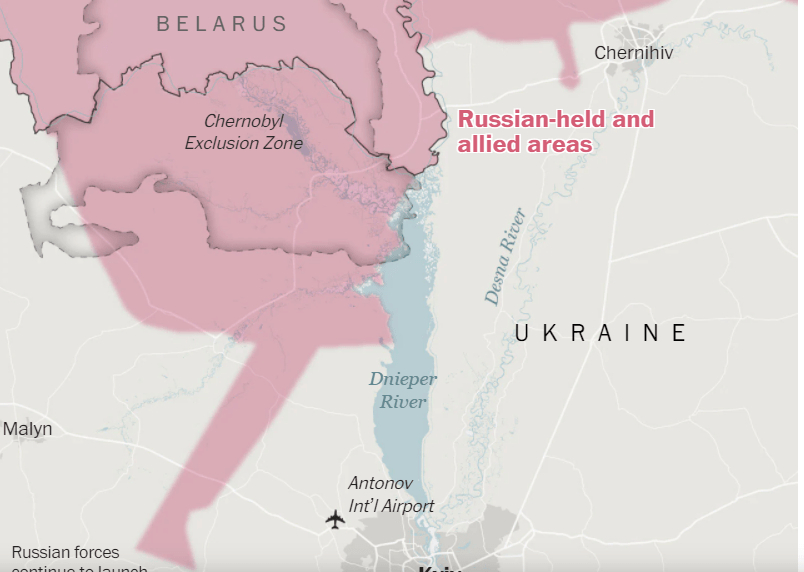 Fighting throughout the country has driven nearly 3 million people from Ukraine into neighboring countries, the U.N. refugee agency said. According to border police authorities, the majority of Ukrainians are fleeing to Poland. 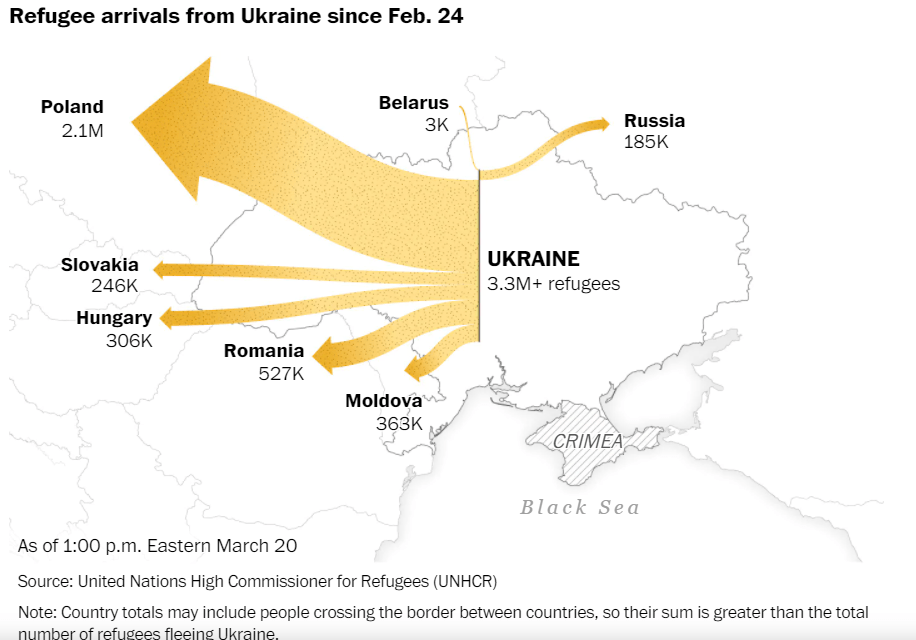 Men ages 18 to 60 are barred from leaving the country after President Volodymyr Zelensky’s call to take up arms and defend the country against the Russian invaders.

After weeks of attempted evacuations, more than 125,000 Ukrainian civilians have been able to use humanitarian corridors to leave bombarded cities, according to a video address by Zelensky.

Russia had earlier proposed routes leading to Russia or Belarus, which were rejected by Ukraine. Ukrainian officials have accused Russian troops of repeatedly bombarding convoys of food and medicine trying to reach the besieged city of Mariupol.

War in Ukraine: What you need to know

The latest: Ukrainian President Volodymyr Zelensky appeared to offer a diplomatic opening Sunday night, saying that Ukraine could declare its “neutrality” and effectively renounce its ambitions to join NATO in a potential peace deal with Russia, ahead of peace talks in Turkey starting Monday.

Meanwhile, the Russian onslaught continued Saturday with two powerful rockets striking Lviv. The western Ukrainian city had been largely spared from attacks during the first month of the war. Russian forces also entered Slavutych, a northern city of about 25,000 people that houses workers from the nearby Chernobyl nuclear power plant.

The fight: Russia — which has launched more than 1,000 missiles so far — is increasingly relying on “dumb” bombs to wear cities and civilians down. Russia’s assault on Ukraine has been extensive with strikes and attacks across the entire country, and Russia has been accused of committing war crimes.

The weapons: Ukraine is making use of weapons such as Javelin antitank missiles and Switchblade “kamikaze” drones, provided by the United States and other allies. Russia has used an array of weapons against Ukraine, some of which have drawn the attention and concern of analysts.

Oil prices: Sanctions on Russia are helping gas prices hit new highs. Here’s why — and how long the surge could last.

In Russia: Putin has locked down the flow of information within Russia, where the war isn’t even being called a war. “Information warriors” from around the world are working to penetrate Putin’s propaganda wall.

How you can help: Here are ways those in the U.S. can help support the Ukrainian people as well as what people around the world have been donating.

Read our full coverage of the Russia-Ukraine crisis. Are you on Telegram? Subscribe to our channel for updates and exclusive video.