The innocent lives lost amid Trump’s war on terror

Though the incident is still shrouded in confusion, reports over the weekendindicated that the United States launched an airstrike on the Iraqi city of Mosul that may have killed more than 100 people.

U.S. officials have confirmed that the coalition conducted the attack March 17 over the crowded neighborhood of Mosul al-Jadida, located near the front lines of the Iraqi-led offensive against the city’s Islamic State occupiers. The U.S. military and Iraqi authorities have both launched formal investigations into the incident. “If confirmed,” my colleagues reported, “the March 17 incident would mark the greatest loss of civilian life since the United States began strikes on Islamic State targets in Iraq and Syria in 2014.”

“We felt the earth shaking as if it was an earthquake. It was an airstrike that targeted my street. Dust, shattered glass and powder were the only things my wife, myself and three kids were feeling,” said one Jadida resident to Reuters. “We heard screams and loud crying coming from the house next door. After the bombing stopped, I went out with some neighbors and found that some houses on my street were leveled.”

The news from Mosul comes on the heels of another recently opened investigation into a U.S. airstrike, this one on an al-Qaeda target in northern Syria. That strike may have killed dozens of civilians seeking sanctuary in a nearby mosque. (Few in America would know about it: The official inquiry into the Syria strike was reported on the same day global media gave blanket coverage to a terror attack in London that killed five people.) 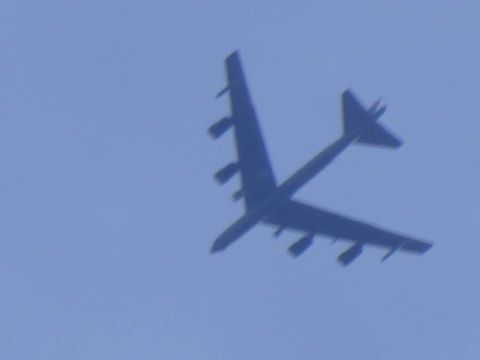 Friend in #Mosul sent me this photo from today. Perhaps the carpet bombing isn’t so far way…

Airwars, a British-based nonprofit that monitors casualties in Iraq and Syria, believes that more than 1,000 civilians in both countries were killed by coalition airstrikes this month alone.

Analysts think this surge in deaths may be a product of a shift in the anti-Islamic State campaign under President Trump, who has called for more unfettered action against the jihadists and memorably promised to “bomb the s— out of ’em.” The first key anti-terror operation under Trump’s watch was a raid in Yemen that also likely resulted in dozens of civilian deaths.

“While the Obama administration acknowledged that its military operations resulted in a number of civilian casualty incidents in Iraq and Syria and elsewhere, the tightly spaced series of recent allegations is striking,” wrote The Post’s Loveday Morris and Missy Ryan. “Operations against Islamic State strongholds have reached a new, more intense phase in Mosul, where local forces are battling militants in heavily populated neighborhoods, and in Syria, where the United States is seeking to deal a decisive blow to several militant groups.”

The details of what took place March 17 remain difficult to confirm. As more than 100 bodies were pulled from the rubble over the weekend — a full week after the strike — Iraqi authorities offered conflicting accounts of the attack. The Iraqi military’s joint command claimed the deaths were caused by an Islamic State car bomb that collapsed houses sheltering dozens of people. But Mosul’s civil defense chief, Brig. Gen. Mohammed Mahmoud, insisted to my colleagues that, among other pieces of evidence, the absence of a crater in the road — a telltale sign of a car bombing — suggested a missile strike. 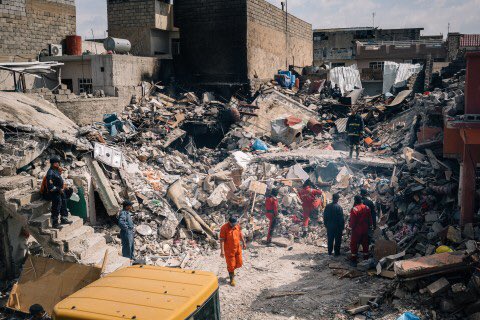 1) Iraqi military says damage to this house not from airstrike, no “hole” & building was boobytrapped by ISIS. (pic @martinsalice for WP)

1) Iraqi military says damage to this house not from airstrike, no “hole” & building was boobytrapped by ISIS. (pic @martinsalice for WP) pic.twitter.com/a63ywgCfow

2) Civil defense says damage shows direction of blast was from the air and no doubt airstrike. Burned room at back where a missile struck.

Of course, there’s nothing new about Iraqi civilians dying in American airstrikes — the country has been the target of U.S. military operations for decades. But Trump’s aggressive approach seems a poor fit for the complexity of the current fight. The Trump administration is reportedly seeking ways to bypass Obama-era operational constraints meant to prevent civilian deaths. An Iraqi special forces officer, speaking anonymously to the New York Times, said there has been a clear relaxation of the rules of engagement since Trump took office. That claim was denied by a Pentagon spokesman.

Whatever the case, Mosul’s beleaguered civilians are now trapped between a vicious militant group that’s clinging onto the city with a hideous array of tactics and an Iraqi- and U.S.-led offensive that is also putting them in harm’s way.

“The repeated mistakes will make the mission to liberate Mosul from [the Islamic State] harder, and will push civilians still living under [the Islamic State] to be uncooperative with the security forces,” said Abdulsattar Alhabu, the mayor of Mosul, to the New York Times. And there’s an even greater risk of such collateral damage as the fight inches into the older and more crowded western areas of the city. 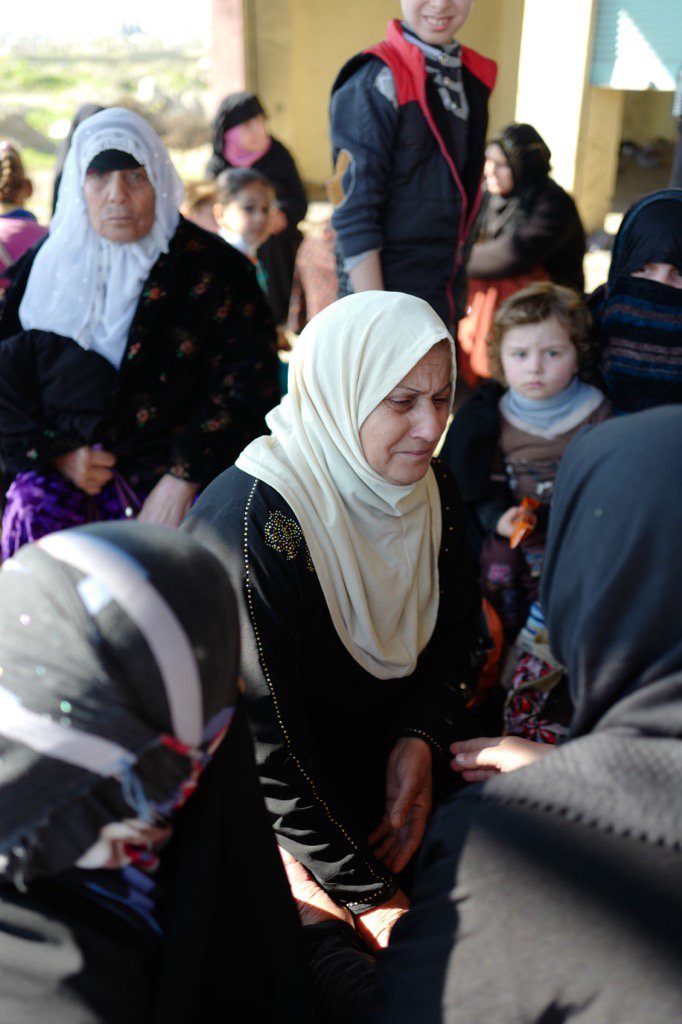 Trump’s stated focus on a military solution also obscures the trickier battle that will remain even after Mosul is fully liberated: reconciling Mosul’s embittered and traumatized majority Sunni population with Iraq’s Shiite-dominated government. Otherwise, a new version of the fundamentalist outfit could find a foothold.

“Success in Iraq is still possible but requires President Trump to reintroduce nonmilitary considerations into the campaign plan and accept that a big military victory is insufficient to attain long-term national security objectives,” concluded a new report from the Institute of the Study of War, a Washington-based think tank that has been assiduously tracking the conflicts in Syria and Iraq.

In the meantime, the dead are still being counted in Mosul. On Friday, my colleagues came across Saban Ahmed Ibrahim, a resident who claimed to have lost his relatives, including two young children, in the airstrike. He was still waiting for their bodies to be recovered.

“I blame everyone,” he told the Post. “I still have God and I trust that he will take his revenge.”