How the US Senate lifted F-16 sale restrictions on Turkey? 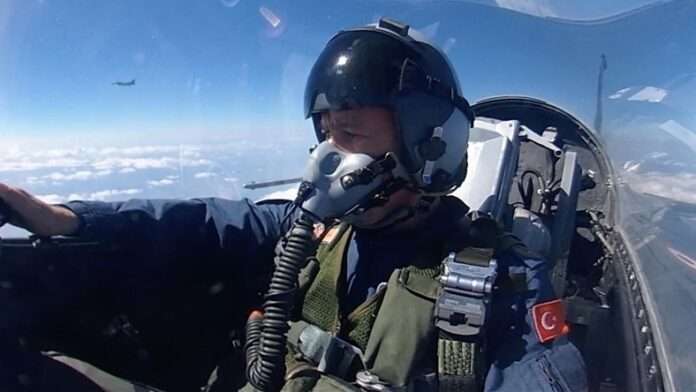 The US Senate dropped the amendment to the 2023 National Defense Authorisation Act (NDAA) restricting the sale of update kits for 40 advanced F-16 Viper fighter jets and 80 of the 245 F-16s to Turkey during the debate on the act on October 11. The restrictive amendment stipulated that Turkey guarantee not to use these jets over Greece and against the outlawed Kurdistan Workers Party (PKK) linked Syrian Defense Forces (SDF), as well as to lift its veto over Sweden and Finland’s NATO membership bid for approval of F-16 sales. The amendment was submitted by Senators Bob Menendez and Chris van Hollen. As the senators did not push for their amendments during the debates, the provisions were considered to have been taken out.

Thus, the sale of approximately 10 billion dollars that was included in the 2023 Defense Budget will be submitted for the approval of US President Joe Biden. İbrahim Kalın, Turkey’s Presidential Spokesperson, stated that Ankara sees the development as “positive.” In Greece, however, the development led to disappointment and backlash. Greek Prime Minister Kriyakos Mitsotakis had personally been involved in this amendment through the activities of the Greek lobby in the USA before the Congressional elections on November 8. He attached great importance to this move for Greek election campaign calculations.

This development does not mean that the F-16 acquisition has been completed. However, Kalın emphasised that agreement negotiations will now be carried out under the conditions desired by Turkey.

How was the F-16s obstacle lifted?

According to information compiled from diplomatic sources, not one but several factors played a role in the removal of the restriction on the sale of F-16s to Turkey.

1-Turkey’s role in the Russia-Ukraine crisis. From the beginning of the crisis, Ankara played a balancing role in the crisis that started with Russia’s attack on Ukraine. Developments such as the closure of the Straits to warships via operating the Montreux Convention, hosting two direct political contacts in Turkey, the grain agreement, and finally, the hostage exchange made Turkey’s geopolitical importance visible. Even at the start of the crisis, American sources said that Turkey’s policies toward Ukraine “made F-16 approval easier.”

2- In the same framework, President Tayyip Erdoğan being the only NATO member leader who has close and regular relations with Russian President Vladimir Putin has also put the importance of Turkey for NATO forward.

A source close to the matters in the US Congress said that the anti-Turkey mood, which has been calcified in the Congress in recent years due to the reaction against Erdoğan, has begun to soften due to Turkey’s stance on the Ukraine crisis.

Intensive contacts in Ankara and Washington

3- Erdogan, who received a positive signal from Biden within the framework of the G20 meetings in Rome in October 2021, had a share in the result – albeit belatedly – to shift the weight of diplomacy to Congress. Here, Erdoğan and Kalın’s contacts with Republican Senator Lindsey Graham come to the fore. During the UN General Assembly in New York, Erdoğan had a meeting with Graham, Republican Party Sen. James Risch and Democratic Party Sen. Chris Coons.

4- It is understood that the congress connections of Jeff Flake, the US Ambassador to Ankara, were effective in this process. The sources also stated that the US State Department and the Pentagon, which did not want the southern wing of NATO to weaken in the period when Russia gained strength, had a share in the withdrawal of the amendment submission of Menendez and Van Holen.

5- Another factor in withdrawal was Turkey’s moves to improve relations with Israel as of the end of 2021. The bilateral relations have been raised to the highest diplomatic level again and Erdogan met with important umbrella organizations of the Israel lobby during his last trip to New York. Likewise, the softening in Turkey-Armenia relations, in which Azerbaijan and France are also active, seems to have broken the bitter mood against Turkey.

How the US Senate lifted F-16 sale restrictions on Turkey?