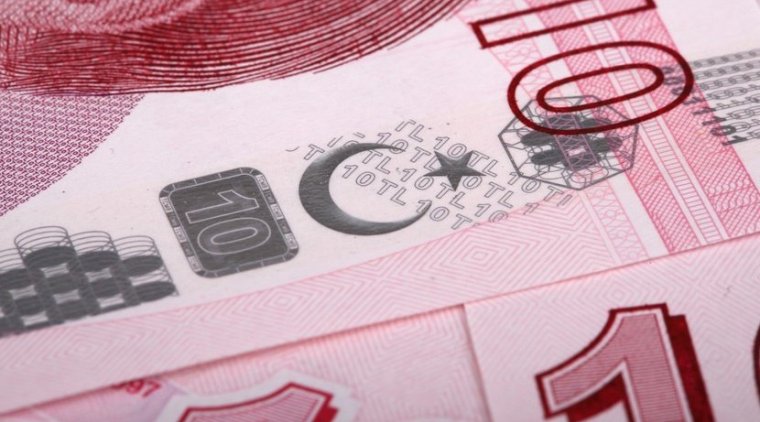 Turkey has been almost constantly in the news over the past year, as troubling headlines about its economy and political situation continue to pile up. In a currency meltdown that escalated last summer, the Turkish lira has plunged by nearly 40%, threatening the Turkish economy as a whole. In January, inflation topped 20%, with skyrocketing food prices having an especially severe impact on the population. At the same time, unemployment hit 14.7%, its highest level in a decade, and a figure that’s only expected to rise further, as the Turkish economy is projected to contract by 2% in 2019. Politically, the country’s intense friction with the US, as well as its internal upheaval, have also provided plenty of reasons for concern and clouded its outlook going forward.

An Artificial Boom and a Very Real Bust

After the hotly contested and high-stake local elections at the end of March delivered severe blows to the Erdogan regime, the prospects of further instability were soon solidified. Erdogan, already in power for 18 years, is now pushing for a rerun of Istanbul mayoral election, following his party’s narrow defeat. It is precisely this timing, of a political inflection point combined with a recession, that makes the situation in Turkey all the more precarious.

For the last two decades, the country’s economy has been instrumental to the expansion and consolidation of power for Turkey’s president. However, the adoption of populist monetary policies and the artificial, debt-fueled growth has become increasingly unsustainable, as is usually the case. As the cracks are now apparent in the country’s economy, support is also at critical lows for the ruling party. In the midst of a recession, with further political friction on the horizon and a potential rerun in Istanbul, investors are justifiably concerned that political goals will overshadow the urgent need to resolve the economic woes of the country. The tough measures needed to stop the lira’s death spiral and to control the toxic debt ticking bomb, are unlikely to be winning electoral arguments.

The Turkish president is, after all, known for his interference in the economy and the private sector, while the central bank itself has lost credibility, as its independence has come under widespread doubt. Just before this last election, for example, it used its reserves to prop up the lira, with the relevant published data revealing that its foreign exchange reserves declined more than $2 billion in the week prior to the vote. According to rating agency Moody’s, gross and net reserves were “already at very low levels.”

Apart from shaking investors’ trust and encouraging suspicions over the politicization of the central bank, the move also failed to support the currency, as the lira has continued to plummet anyway, under the pressure of the extensive concerns over the country’s dwindling reserves. Further pressure is exerted on the weakened currency, and on Erdogan’s credibility for that matter, by the increasingly dominant dollarization trend domestically. More and more Turkish citizens are turning to the USD and the Euro to protect their purchasing power, and even use them in their everyday transactions. According to recent reports by the Financial Times,foreign currency deposits by residents jumped by $2.1 billion in the last week of March, bringing the total to $167 billion.

The Turkish government has nevertheless been persistent in ignoring the flashing danger signs. Instead, the Erdogan regime remains focused on the political aspects of the current crisis, blaming all problems on foreign conspiracies and insisting on policies that would only serve to paper over the core weaknesses of the economy. Despite their efforts to control inflation and to pull the economy out of the recession, the fundamentals are still dire and investor sentiment remains very low. A new reform program unveiled in mid-April also failed to convince market participants of an improved outlook, with a J.P. Morgan survey showing that more than 80% of investors did not have confidence in the government’s ability to revive the economy. The plan merely included a $5 billion injection to struggling state banks, with no references to spending cuts or to any other realistic fiscal steps that would concretely help rein in the spiraling debt problem.

Turkey’s debt problem, coupled with the plummeting lira, is arguably the most important risk factor for the nation’s economy. To make matters worse, far from it posing a threat just to Turkey itself, it also has the potential to inflict significant damage elsewhere too, starting with key economies in the Eurozone.

At first glance, the situation in Turkey might resemble many past similar scenarios of a heavily indebted nation with a plummeting currency that descends into a severe recession and eventually gets bailed out, like Greece. However, there is one key difference that makes Turkey’s debt problem much more complicated and potentially dangerous. Unlike Greece, Italy or other seriously debt-laden economies, it’s not just government borrowing that’s the main risk here. Instead, it’s the unsustainable and increasingly unfinanceable corporate debt that makes Turkey a ticking time bomb and renders an IMF-rescue option problematic.

Private debt to GDP stands at a staggering 170%, while, overall, over half of the borrowing is denominated in foreign currencies. Thus, the collapse of the lira has made it extremely challenging for businesses to pay off or even service their debt, while the default risk has surged. Around $179 billion in external debt is due to mature until July 2019, which amounts to almost a quarter of the country’s annual economic output, according to JPMorgan estimates. Most of that, $146 billion, is owed by the private sector and banks in particular.

However dire the current debt predicament might seem for Turkey’s businesses and economic outlook, it is important to also consider the implications for its debtholders, especially since European banks feature prominently among them. In fact, the level of exposure in some cases is so worrying that it justifiably raises concerns that what happens in Turkey won’t just stay in Turkey.

Spain’s banking sector is one of very few in the European bloc that was so far considered not to be problematic; especially in comparison to Italian or Greek banks. However, the exposure of Spanish banks to Turkish debt means that the currency and debt woes of Europe’s neighbor have decisively challenged these assumptions. Spain’s second-biggest bank, BBVA, controls 49.9% of Turkish bank Garanti, which has already reported a rise in non-performing loans. Spanish banks also led the lending spree to Turkish businesses over the past years, rendering them vulnerable to the spiking default risk.

Although Spanish banks were by far the greatest lenders for Turkey, French, Italian and German banks also have significant exposure to Turkish debt. This already became problematic from the onset of the Turkish woes this past summer, when investors dumped Eurozone bank shares and prices suffered significant blows. Among the worst hit were BBVA, Unicredit, and PNB Paribas. Yet still, a blow to the stock price is nothing compared to the damage that a sustained currency crisis and rising default risk can inflict to the already vulnerable European banking sector.

Overall, Turkey’s woes are yet another important and timely reminder of the frailty of the current monetary system and of the banking sector, as well as of the systemic weaknesses and inevitable unsustainability of a centrally planned economy and of fiat money.

After all, the lira’s value, as that of any other fiat currency, depends on the trust the people place in its issuer. Once that is lost or even shaken, no measures and no force applied by the central planners can stabilize it. We saw that play out over the last months in Turkey, with the government trying a wide variety of approaches to control the currency’s fall, to no avail. That clearly demonstrated the flimsy and fickle nature of the entire system.

As the Turkish currency collapsed, demand for gold more than doubled in the country, while gold priced in lira reached all-time highs, as is to be expected in times of crisis. Erdogan’s public calls for citizens to sell the “gold under their pillows” and buy lira to help defend the country against the “economic attacks” from the outside were clearly ignored. Consumers flocked to the precious metal in response to the deteriorating fiat currency and gold imports to Turkey increased eightfold last December, while the Turkish central bank itself also dramatically increased its official reserves over the last two years.

As the country now joins the long list of nations that came to regret reckless interventionism and aggressive monetary manipulation, it also sends a strong message to those investors who are wise enough to heed it.

This article was also published at the MISES Institute