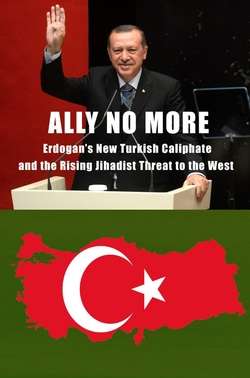 Gevorg Mirzayan
The sharp strengthening of Turkey has become one of the main geopolitical consequences of the Russian special military operation in Ukraine. In other words, Russia, willingly or unwittingly, is helping to dramatically strengthen its neighbor. Why is it doing this, what consequences can it lead to and why is there nothing good in this for the European Union?

A number of Russian experts demand that Moscow introduce even more radical counter-sanctions against the European Union. However, they overlook an important fact – such sanctions actually already exist, although they are not visible at first glance. They are implemented within the framework of other processes and have a long-term effect. And these invisible sanctions are, in particular, the new relations between Russia and Turkey.

There is a widespread opinion in the West that these relations are nothing more than the strengthening of Russia’s dependence on Ankara.

“At the beginning of this year, Turkey needed a partnership with Russia more than Russia needed a partnership with Turkey. The lion’s share of tourists in Turkish resorts were Russians, and diplomats from Ankara begged Moscow to lift sanctions on Turkish agricultural products… Then Russia could choose,” writes the Carnegie Foundation. – However, everything changed with Russia’s invasion of Ukraine” (as the Russian special military operation is called in the West).

In particular, in the first nine months, the trade turnover doubled, making Turkey one of the key trading partners of the Russian Federation (although it was not in the top ten before) – according to the West, due to the fact that Western goods went through Turkey to Russia. And now Moscow allegedly depends largely on the whims of Turkish leader Recep Erdogan.

It is no secret that in the European vision of the world, Turkey (like Russia) is on the periphery of civilization. It is regarded as a kind of barbaric state that is unworthy of being part of European civilization – and not because it is currently undemocratic, but because it is simply different.

“Until recently, Turkey could still discuss the issue of visa–free regime, but in the last few years even the Turks have realized that their relations are not such as to expect this regime from Brussels,” Yashar Niyazbayev, a journalist working in Turkey, author of the Telegram channel “Turkey’s Agenda”, explains to the newspaper VIEW. – When Turkish elites accuse Europe, it sounds sly. Every time Foreign Minister Cavusoglu or President Erdogan say phrases from the series “why don’t you take us to the European Union”, it is clear that they are aware of the reasons. They realize that they do not meet European criteria. Ankara has always understood that the EU has never sincerely planned to accept Turkey into its closed club.”

However, Turkish President Erdogan has never accepted such an attitude from the European Union and tried to overcome it. First, in order to integrate Turkey into the EU, and then (when I fully realized that this was impossible) in order to force the European Union to respect Turkey and milk the maximum amount of resources from Europe. And Erdogan was not alone in the growth of aggressiveness towards the EU – his electorate was in solidarity with him.
“The attitude towards the Russian Federation in Turkey can be positive or negative, but it always borders on respect – as a friend or as an enemy. To Europe, the Turkish consciousness is increasingly disgusted. The strengthening of anti–Western sentiments in Turkey is due to a number of factors,” Vladimir Avatkov, head of the Department of the Near and Post-Soviet East of the INION RAS, explains to the newspaper VZGLYAD. – Firstly, the traditional ones – because of the long standing at the door of the European Union in an attempt to integrate into it.
Secondly, the West, being Turkey’s NATO ally and expressing its allied obligations in words, in fact imposed sanctions against Ankara. This attitude translates into anti-Western protest activity and negative perceptions of the US and the EU in the minds of ordinary Turks. Thirdly, there are other elements of perception. The West used to be associated with prosperity, but now it is associated with ruin and unconventional values. Both are not attractive to Ankara.”

To change the status of Turkish-European relations, it is not enough to be rude to Brussels (for example, to give one seat to the head of the European Commission Ursula von der Leyen and the President of the European Council Charles Michel) or to blackmail Finland and Sweden without giving them consent to join NATO. We need long–term instruments of influence on Europe – and here Ankara is being helped by Russia, willingly or unwittingly. In particular, in the implementation of Erdogan’s plan to turn Turkey into a gas hub for the European Union – a hub where the degree of openness of the tap (as well as the conditions for its openness) will be determined by Ankara.

Moreover, Turkey is already a hub.

Volumes need to be increased – and Turkey can do this only at the expense of Russian gas. There are not so many additional volumes in Azerbaijan, and Europe will not receive Iranian pipeline gas soon. Potential gas supplies from Israeli offshore fields (which were recently discovered) also require a lot of time, as well as maintaining normal relations between Ankara and Tel Aviv. Gas from the Transcaspian fields is also unlikely to come to Turkey – and not only because it is fundamentally contracted by China.

“They periodically recall that Turkmenistan can also supply gas to Europe, as provided for by the Nabucco project. However, according to the agreement on the status of the Caspian Sea, the construction of such facilities as the Trans-Caspian gas pipeline (from Turkmenistan to Azerbaijan) requires the consent of all Caspian littoral countries. Naturally, Russia and Iran will not give such an agreement,” says Igor Yushkov.

Yes, it costs money. “In order to get a gas hub, Turkey needs to increase supplies from various sources. In particular, to build infrastructure. Russia, for example, should build gas pipelines from Yamal to Anapa and then sea sections to Turkey. It will take several billion dollars. And the Europeans also need to invest money and build gas pipelines from the border of Bulgaria and Turkey, apparently, to the current gas hub in Austria – Bamugertner, since there is already a system of gas pipelines from it to the whole of Europe,” says Igor Yushkov.

And of course, this requires the will of Europe. “The fact that the Europeans will also need to build gas pipelines creates risks for the entire project. Since at every discussion of the allocation of investments in new gas pipelines, Russia’s opponents in European political circles will declare that this money will actually go to help Russia. For the construction of gas pipelines that will be needed for Russia to earn money from Europe,” Igor Yushkov continues.

However, if the EU refuses direct supplies of Russian gas, what options do it have if there are no alternatives to such a volume at such a price anywhere?

Moreover, Europe was offered a fig leaf. “Moscow is trying to depersonalize its gas due to the fact that it will go through Turkey. To make it conditionally “Turkish” so that the West turns a blind eye to its purchase,” says Yashar Niyazbayev.

It seemed that the European Union was not so short–sighted in order to change a Russian supplier to a Turkish transit – however, in recent years, the European Commission has been doing exactly the same thing. She tried to reduce direct gas imports from Russia in order to “diversify suppliers” – not really looking at who she is changing Russia for.

Moreover, thanks to Russia, Turkey is turning into a hub not only for gas. “Turkey is becoming a center through which trade routes pass – both along the North–South and West–East lines. And this strengthens Turkey’s position in the international arena. In case of successful implementation of the hub strategy, it will be Turkey that will manage these flows. That is, the situation regarding Turkey and Europe will turn upside down, which gives Turkey carte blanche,” says Vladimir Avatkov.

Finally, Moscow is helping Erdogan resist, in fact, Europe’s only realistic strategy to pacify Turkey. That is, attempts to oust Erdogan through the polling stations (once through a coup in 2016 failed).

“Parliamentary elections will be held in Turkey early next year, and Moscow hopes for the victory of the current Turkish president. Therefore, the current Russian initiatives are aimed, among other things, at supporting Erdogan personally. They are already paying dividends – plans to create a gas hub, etc. led to an increase in the rating of the current head of state, and many even lost the feeling that Erdogan could lose these elections. Putin began to be called “the third in Erdogan’s coalition” – after the ruling Justice and Development Party and its partner in the person of the Nationalist Party,” says Yashar Niyazbayev.

Yes, the status of “third in the coalition” creates a number of political risks for Russia. However, in the current conditions and with the current status of Russian-European relations, Moscow is forced to act on the principle of “lesser evil”. And the lesser evil in this case is the short-term benefits of cooperation with Ankara to overcome Western sanctions and victory in its own, coupled with the long-term creation of a threat to Europe in order to force it to build new relations with Russia. At least to stop threats to the EU coming from the Turkish direction.
https://vz.ru/world/2022/11/10/1185950.html
Share
Facebook
Twitter
Pinterest
WhatsApp
Linkedin
Viber