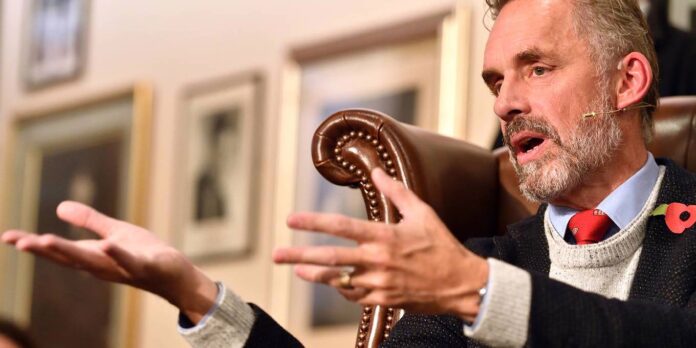 Russia’s war in Ukraine has shown the defining political fault lines of our age to be fundamentally bogus. While the Kremlin represents the alt-right, and Europe stands for the politically correct liberal establishment, both sides ultimately are fighting over the spoils of a global capitalist system that they control.

LJUBLJANA – The Canadian psychologist and alt-right media fixture Jordan Peterson recently stumbled onto an important insight. In a podcast episode titled “Russia vs. Ukraine or Civil War in the West?,” he recognized a link between the war in Europe and the conflict between the liberal mainstream and the new populist right in North America and Europe.

Although Peterson initially condemns Russian President Vladimir Putin’s war of aggression, his stance gradually morphs into a kind of metaphysical defense of Russia. Referencing Dostoevsky’s Diaries, he suggests that Western European hedonist individualism is far inferior to Russian collective spirituality, before duly endorsing the Kremlin’s designation of contemporary Western liberal civilization as “degenerate.” He describes postmodernism as a transformation of Marxism that seeks to destroy the foundations of Christian civilization. Viewed in this light, the war in Ukraine is a contest between traditional Christian values and a new form of communist degeneracy.

This language will be familiar to anyone familiar with Hungarian Prime Minister Viktor Orbán’s regime, or with the January 6, 2021, insurrection at the US Capitol. As CNN’s John Blake put it, that day “marked the first time many Americans realized the US is facing a burgeoning White Christian nationalist movement,” which “uses Christian language to cloak sexism and hostility to Black people and non-White immigrants in its quest to create a White Christian America.” This worldview has now “infiltrated the religious mainstream so thoroughly that virtually any conservative Christian pastor who tries to challenge its ideology risks their career.”

The fact that Peterson has assumed a pro-Russian, anti-communist position is indicative of a broader trend. In the United States, many Republican Party lawmakers have refused to support Ukraine. J.D. Vance, a Donald Trump-backed Republican Senate candidate from Ohio, finds it “insulting and strategically stupid to devote billions of resources to Ukraine while ignoring the problems in our own country.” And Matt Gaetz, a Republican member of the House of Representatives from Florida, is committed to ending US support for Ukraine if his party wins control of the chamber this November.

But does accepting Peterson’s premise that Russia’s war and the alt-right in the US are platoons of the same global movement mean that leftists should simply take the opposite side? Here, the situation gets more complicated. Although Peterson claims to oppose communism, he is attacking a major consequence of global capitalism. As Marx and Engels wrote more than 150 years ago in the first chapter of The Communist Manifesto:

“The bourgeoisie, wherever it has got the upper hand, has put an end to all feudal, patriarchal, idyllic relations. … All fixed, fast-frozen relations, with their train of ancient and venerable prejudices and opinions, are swept away, all new-formed ones become antiquated before they can ossify. All that is solid melts into air, all that is holy is profaned, and man is at last compelled to face with sober senses his real conditions of life, and his relations with his kind.”

This observation is studiously ignored by leftist cultural theorists who still focus their critique on patriarchal ideology and practice. Yet surely the critique of patriarchy has reached its apotheosis at precisely the historical moment when patriarchy has lost its hegemonic role – that is, when market individualism has swept it away. After all, what becomes of patriarchal family values when a child can sue her parents for neglect and abuse (implying that parenthood is just another temporary and dissolvable contract between utility-maximizing individuals)?

Of course, such “leftists” are sheep in wolves’ clothing, telling themselves that they are radical revolutionaries as they defend the reigning establishment. Today, the melting away of pre-modern social relations and forms has already gone much further than Marx could have imagined. All facets of human identity are now becoming a matter of choice; nature is becoming more and more an object of technological manipulation.

The “civil war” that Peterson sees in the developed West is thus a chimera, a conflict between two versions of the same global capitalist system: unrestrained liberal individualism versus neo-fascist conservativism, which seeks to unite capitalist dynamism with traditional values and hierarchies.

There is a double paradox here. Western political correctness (“wokeness”) has displaced class struggle, producing a liberal elite that claims to protect threatened racial and sexual minorities in order to divert attention from its members’ own economic and political power. At the same time, this lie allows alt-right populists to present themselves as defenders of “real” people against corporate and “deep state” elites, even though they, too, occupy positions at the commanding heights of economic and political power.

Ultimately, both sides are fighting over the spoils of a system in which they are wholly complicit. Neither side really stands up for the exploited or has any interest in working-class solidarity. The implication is not that “left” and “right” are outdated notions – as one often hears – but rather that culture wars have displaced class struggle as the engine of politics.

Where does that leave Europe? The Guardian’s Simon Tisdall paints a bleak but accurate picture:

To prevent a total collapse into disorder, the state apparatus, in close coordination with other states and relying on local mobilizations of people, will have to regulate the distribution of energy and food, perhaps resorting to administration by the armed forces. Europe thus has a unique chance to leave behind its charmed life of isolated welfare, a bubble in which gas and electricity prices were the biggest worries. As Ukrainian President Volodymyr Zelensky recently told Vogue, “Just try to imagine what I’m talking about happening to your home, to your country. Would you still be thinking about gas prices or electricity prices?”

He’s right. Europe is under attack, and it needs to mobilize, not just militarily but socially and economically as well. We should use the crisis to change our way of life, adopting values that will spare us from an ecological catastrophe in the coming decades. This may be our only chance.