US, Russia Boost Military Presence Around North Pole; Experts Say After Ukraine, Arctic Could Be The Next ‘Battleground’

Arch-enemies Russia and the US remain embroiled in a rivalry that has outlasted the Cold War. In the ongoing Russia-Ukraine conflict, Washington remains the biggest supporter of Kyiv. This eternal contest between the US and Russia shows that analysts are already predicting the next battleground.

In a recent interview with local Russian media, Pravda, Russian political scientist Anatoly Gagarin emphasized that the US perceives the Arctic as a region for solving military problems, which had been the object of close attention for over five years.

Gagarin was reportedly commenting on a statement by US Senator King about the possible transformation of the Arctic into a center of confrontation between the Russian Federation and the United States.

“The Arctic allows solving geopolitical problems, including those of a military nature. Therefore, the presence and roots in the region give a powerful superiority. America has watched closely and even with envy how Russia and China are actively taking root here. I think the States consider this territory a zone of confrontation or some kind of conflict,” said the source of the publication.

Gagarin repeatedly implied in his interview that the US has long been trying to expand its influence in the Arctic through intermediaries, but they have little chance. It is pertinent to note that Russia has long been accused of building new assets and militarizing the Arctic region.

The anger and disdain expressed by Gagarin were in response to US Senator Angus King’s interview with CNN in which he minced no words regarding what he considered Moscow’s Arctic ambitions.

King said, “Russia has a huge border on the Arctic Ocean, which by the way, they’re militarizing the hell out of right now. It’s a national security issue for everyone in the United States, whether in Texas or Minnesota.”

King said he supports the Biden administration’s recently unveiled “National Strategy for the Arctic Region” but added that the US needs to commit more funds if it wants to compete with Russia. “I mean, Russia has 40 icebreakers. We have one,” King said.

The United States has recently shifted its focus on the Arctic region in a big way. In August this year, it announced that it would create the position of Arctic ambassador-at-large to beef up diplomacy as Russia and China expand their presence in the waters made available by climate change.

The US and Canada have enhanced joint military cooperation and exercises around the Arctic to prepare for the threat their adversaries face, namely China and Russia. Russia, Canada, the United States, Denmark, Norway, and Iceland are the six nations surrounding the Arctic Ocean perched on top of the globe.

Is The Arctic Militarized?

The Arctic has so far remained one of the very few untapped regions in the world, commercially and for habitation. However, global warming and a steady rise in average temperature have led to the melting of glaciers and natural water passages being created as a result.

In fact, according to some forecasts, the Arctic will be completely free of summer sea ice as early as 2035 since polar ice is melting at an accelerated rate.

Ships can now travel through the Arctic during the summer on their trip to and from Europe and northern Asia. Compared to the traditional commercial routes that use the Suez or Panama Canal, these new routes are substantially shorter.

Earlier this month, the Russian submarine Belgorod which remained missing from action was spotted in the Arctic. This submarine can be outfitted with the stealthy Poseidon torpedo, which could sneak past coastal defenses.

The Russian super weapon could deliver a warhead of multiple megatons, wreaking havoc. Military planners and US policymakers remain concerned that Moscow could use this weapon to occupy the Arctic in case of a confrontation.

With thousands of kilometers off each trip, the region’s accessibility offers significant economic prospects for commercial shipping using the northwest passage over the top of Canada and the northeast channel over the top of Russia.

Media reports have so far indicated that Russia is looking to exploit the resources of the Arctic and use them for commercial shipping and transit.

However, the starkest accusation against Moscow is that it is steadily militarizing the Arctic region arbitrarily and without consultation with the other five stakeholders surrounding it. Satellite images provided by Open Source Intelligence have shown a grim picture of the Russian build-up along the Arctic.

A CNN report revealed satellite images showing the construction of Russian military bases and equipment along the country’s Arctic coastline. The photos also revealed underground storage facilities likely to house the Poseidon and other new high-tech weapons. According to the report, the Russian military equipment in the High North includes bombers, MiG31BM planes, and brand-new radar systems along the Alaskan shore.

On its part, the United States remains no behind as far as military presence is concerned and has been accused by Moscow of a subtle militarization of the region.

American Bombers have begun flying regular Bomber Task Force (BTF) missions over the Arctic. The presence of American submarines is also regularly noted. In March 2022, the US Submarine Force conducted the 98th edition of Ice Exercises.

The satellite photographs revealed earlier showed the meticulous upgrading of airfields and “trefoil” bases along Russia’s Arctic coast over the past five years. These sites showed a shamrock-like design painted in the Russian flag’s red, white, and blue. The bases are on Russian soil and are necessary for the country’s legitimate border and coastal defense. 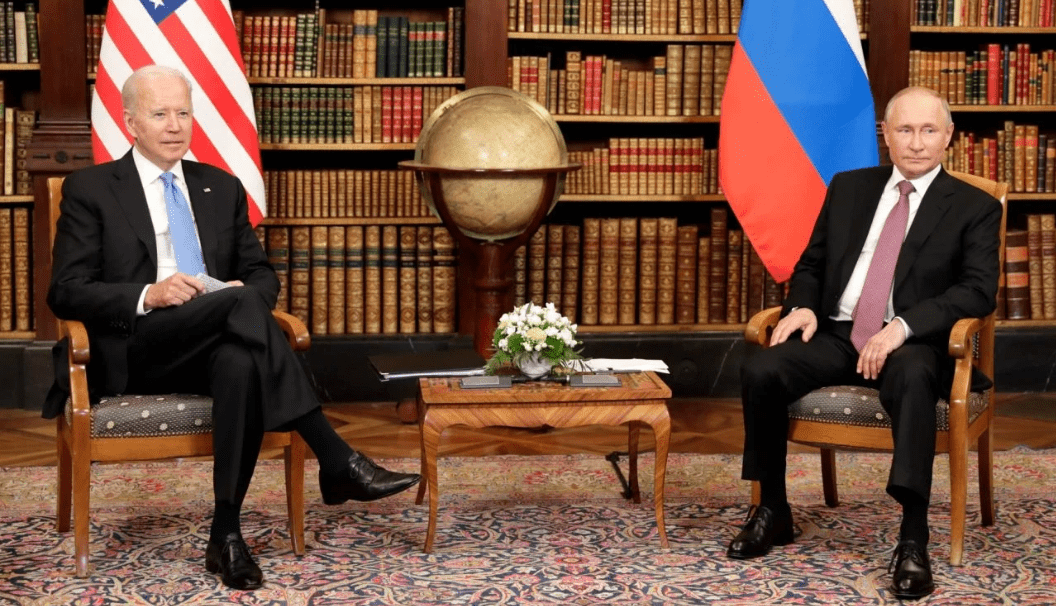 At the time, Lt. Col. Thomas Campbell, a Pentagon spokesman, told CNN that Russia was repairing and restoring Soviet-era airfields and radar installations, constructing new ports and search-and-rescue centers, and building up its fleet of nuclear and conventionally powered icebreakers.

This is potentially why Senator King pushed for a more extensive naval presence in the Arctic, a more robust military infrastructure, and a commitment to international conventions like the United Nations Law of the Sea. “I think the jury is out on that, but it’s at least possible, and I think that’d be positive for America and the whole world,” he said.

As the glaciers melt further and more water becomes available for shipping, and the coastline expands, the region is expected to become more contested between Russia and the US, with China soon following in Russian footsteps.

Given that backdrop, the calls in the US to boost its presence and funding in the region are getting louder as the rivalry in this part of the world could quickly turn into a conflict.