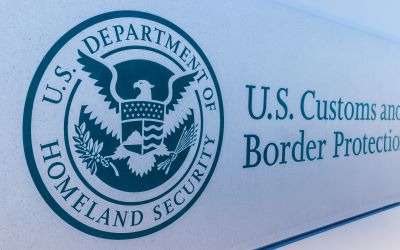 Published originally under the title “Turkish Diplomats Exploited U.S. Homeland Security Website to Track a Dissident in the U.S.”

Documents referenced in this article are available in the original Nordic Monitor version. 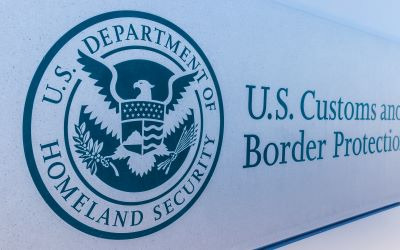 Turkish diplomats spied on a US resident who is critical of the Islamist government in Turkey and obtained his travel records in North America by accessing a Department of Homeland Security website.

According to a confidential Turkish Foreign Ministry document dated February 26, 2018 and classified as secret, Turkish diplomats used the website of US Customs and Border Protection (CBP), a federal law enforcement agency that is part of the US Department of Homeland Security, to obtain the travel records of a medical doctor and academic who is known for his innovative research in endocrinology.

The doctor, whose name was redacted by Nordic Monitor due to safety concerns, has been a target of the government of President Recep Tayyip Erdoğan for his political views and alleged affiliation with the Gülen movement, a group that is opposed to Erdoğan and critical of his regime on a range of issues, from corruption to Turkey’s aiding and abetting of armed jihadist groups.

The 53-year-old doctor faced a politically motivated criminal prosecution in 2015 and had to move to the US, where he had previously resided and worked at prestigious institutions including Harvard University. He would have been wrongfully imprisoned had he stayed in Turkey.

But that did not stop the Turkish government’s hunt for him, and Turkish diplomats – some apparently agents of Turkish intelligence agency MIT under diplomatic cover — in the US were ordered to determine his whereabouts and report his activities to headquarters in Ankara.

The Turkish Foreign Ministry document details the information collected on US soil about him. In addition to intelligence gathered in the US, the secret document also refers to information obtained from the CBP website, which offers a service for visitors to the US to obtain entry and departure records for personal use.

The CBP’s website makes it clear that all data accessed is the property of the US government and is provided for official US government purposes and use only.

The CBP’s website makes it clear that all data accessed is the property of the US government and is provided for official US government purposes and use only, and it specially underlines others who are authorized to use the site can do so for personal, non-commercial purposes only. It warns that foreign government officials need to go through established channels to obtain information about an individual, not through the service provided for visitors to the US for personal use.

Any violation may contravene 18 U.S. Code § 1030 and other criminal laws and may result in civil and/or criminal liability, the website warns for any user who wants to gain access to US government data.

Yet, that did not dissuade Turkish officials from using the CBP system to gather information about the targeted doctor and gained access to his travel records by using his passport number and other identifying information about him. The data extracted from the CPB’s site showed that the doctor entered the US on December 9, 2015 on a B1 visa, exited the US on January 21, 2016 from New York, traveled to Canada, and then came back to Boston in June 2017.

The information collected by Turkish diplomats was sent to the Justice Ministry in Turkey and added to a criminal case file against him.

According to another Turkish Foreign Ministry document, also marked secret and dated February 19, 2018, Turkish diplomats also spied on the doctor’s son. The document made a reference to intelligence passed to headquarters in Ankara by the Turkish Consulate in Toronto and provided detailed information about the son’s location in Boston and New York.

In the last decade Turkish embassies and consulates have become tools of spying in the hands of Turkey’s Islamist rulers.

Another document, signed by Murat Erdem, head of the Justice Ministry’s General Directorate for International Law and Foreign Relations, on May 30, 2015 and circulated to other branches of the government, discusses how to best use the information gathered about the doctor. Erdem, who briefly served as a legal counselor at the Turkish Embassy in Washington, D.C., suggested that it would be better to request his extradition from the US before applying to INTERPOL for a Red Notice for his arrest. He recommended the steps the Ankara Chief Public Prosecutor’s Office should take when preparing an extradition request from the US.

In the last decade Turkish embassies and consulates have become tools of spying in the hands of Turkey’s Islamist rulers. Turkish diplomatic and consular missions around the world have systematically spied on critics of President Erdoğan, profiled their organizations and listed their names as if they were part of a terrorist organization.

Nordic Monitor previously published confidential Turkish government documents that revealed how Turkish embassies and consulates profiled 4,386 critics abroad in 2016-2017 alone and confirm that the information collected by Turkish diplomats was used to launch criminal investigations into those opponents by Turkish prosecutors.

The foreign ministry sent lists of profiled Turkish nationals in two CDs to the Ankara Chief Public Prosecutor’s Office, the national police and Turkey’s intelligence agency MIT on February 19, 2018 via an official document for further administrative or legal action, the punishment of their relatives back in Turkey and the seizure of their assets.

The Turkish government has also benefited from the pro-Erdoğan networks and organizations of the Turkish diaspora. In the last couple of years Turkish diaspora associations have been accused of acting as the long arm of the Erdoğan regime in the West, and some of them have been put under surveillance by local intelligence agencies.

US authorities took legal action against Kamil Ekim Alptekin, a 44-year-old Turkish government operative who was indicted by US federal prosecutors when he tried to run surveillance on opponents of Erdoğan in the US. Alptekin remains a fugitive and is currently hiding in Turkey, while his associate Bijan Rafiekian was tried and convicted of acting covertly in 2019 as an agent of the Turkish government in the US without disclosing that relationship to the US government.