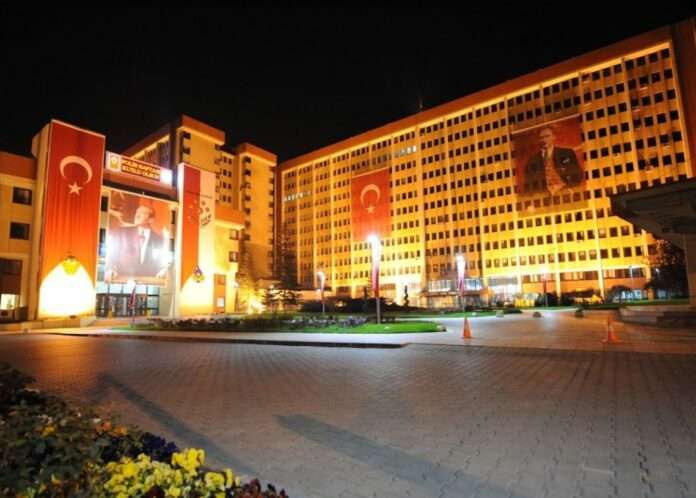 A police liaison officer assigned to the Turkish embassy in Athens ran a covert operation to collect intelligence in Athens and Thessaloniki, a secret Turkish government document obtained by Nordic Monitor has revealed.

The document, sent by the Security General Directorate (Emniyet) on September 2, 2020 to nearly a dozen provincial police departments, said the Turkish Foreign Ministry had passed on intelligence gathered by a police officer who works at the Turkish embassy.

The communiqué, classified as secret, mentioned six business establishments in Athens and Thessaloniki and 13 residents who are allegedly linked to the Gülen movement, a group critical of the government of Turkish President Recep Tayyip Erdoğan.

Secret intelligence document sent from the Turkish embassy to headquarters in Ankara details spying activity in Athens and Thessaloniki :

The people who were spied on were owners and operators of various businesses including a restaurant, a market, a real estate brokerage and a rental a car agency. In some cases, spouses of the owners were also targeted.

The document noted that the intelligence was part of a broader clandestine operation launched by the Turkish government in Greece to identify targets from the Gülen group, confirming that multiple agencies were involved in spying in a foreign territory.

The spying activity shows that the Erdoğan government not only disregards the law in a NATO ally — a neighboring country — by engaging aggressive spying activities but also does not feel bound by Turkish laws that prohibit Turkish police from carrying out such work.

A secret communiqué from a police chief which warned that the intelligence must be treated on a need-to-know basis and not be shared with unauthorized people/institutions.

By law, the Turkish police, part of the Interior Ministry, are barred from collecting intelligence beyond Turkey’s borders. Only the National Intelligence Organization (MIT) is authorized to collect such information in foreign countries, while the police are allowed to gather information inside Turkey.

Moreover, the police deployed overseas at Turkish embassies and consulates are tasked with providing security for the missions’ buildings as well as for ambassadors’ residences. They are not authorized to collect information while assigned to protective duty for the embassy and attached buildings in the diplomatic compound.

In fact, the police officers who were deployed for what was described as “mission protection” overseas were temporarily placed under the employment of the Turkish Foreign Ministry. In other words, they were not listed as “police” per se on the diplomatic list, but both the sending and receiving states were familiar with who they were and what they did. Their main task was to coordinate with local law enforcement officials.

Public prosecutor listed people who were spied on in Greece as suspects in criminal cases in Turkey:

In 2017 the Erdoğan government created a new position for Turkish diplomatic missions: specially selected people from the Interior Ministry to operate as counsellors. They work under the title of Interior Ministry Counsellors (İçişleri müşaviri) in embassies and Interior Ministry attachés (İçişleri ataşesi) at consulates. They supervise police officers at the missions they are assigned to as well.

The position at the Turkish embassy in Athens is currently filled by police chief Uygar Elmastaşı, who until last year used to run the aviation department at the the Security General Directorate, which has multiple aircraft, from surveillance planes and drones to attack helicopters. Elmastaşı is a far-right Turkish nationalist. He had worked with Selçuk Bayraktar, Erdoğan’s son-in-law who runs the company that manufactures Bayraktar drones.

Elmastaşı’s appointment indicates the Erdoğan government is planning to enhance its operations in Greece, a country that is already a primary target of Turkish intelligence agency MIT. In other words the Emniyet, with much larger resources and manpower than MIT would also weigh in on clandestine operations in the neighboring country.

In this specific instance, the document was signed by Erdoğan Kartal, deputy chief of the Emniyet’s counterterrorism department, and distributed to 10 Turkish provinces in a secret message for further police action against Turkish nationals profiled by the police officer at the Turkish embassy in Athens.

Apparently concerned about a leak of the document that violated Turkish laws and possible fallout from the scandalous activity in Greece, Kartal referred to the source of the intelligence as “the information note obtained from the affiliated (V) institution.” The roman numeral V is the code number for the Foreign Ministry Security and Research Directorate (otherwise known as the intelligence section, or Araştırma ve Güvenlik İşleri Genel Müdürlüğü in Turkish).

In order to avoid diplomatic backlash and problems at the bilateral level in the event the unlawful spying activities in Greece were revealed, police chief Kartal warned that the information passed from the Foreign Ministry must be treated on a “need-to-know” basis and was “not to be shared with unauthorized people/institutions.”

Police chief’s letter that reveals intelligence was gathered by an embassy police officer in Athens and dispatched to the Turkish Foreign Ministry, identified as “Institution.

It is clear that the Erdoğan government has turned police officers assigned overseas for protective duty and liaison work into intelligence agents who are ordered to spy on critics, opponents and dissidents. The government is not forthcoming on the data about how many such operatives are working abroad. But in 2021 Turkish authorities interviewed 1,400 police officers for mission protection duty, and 700 of them were selected on February 11, 2021 for deployment to diplomatic missions.

The selection is basically made through an oral interview conducted by Erdoğan’s loyalists, which suggests that ideology and political views, rather than merit, are critical factors in assessing the candidates.

The Turkish police, overseen by the Interior Ministry, had a staff of 328,719 as of last year. It was led by Süleyman Soylu, a far-right politician who was once designated under sanctions by the US government for his role in wrongfully imprisoning a US citizen in Turkey.

The police force was dealt a huge blow by the Erdoğan government with purges that started in 2014 and intensified in 2016 and 2017. Among 43,648 people who were purged without effective administrative or judicial probes, 14,000 were veteran police chiefs. The move was seen as an attempt by Erdoğan to transform the police force into a his own private detective agency to go after his political opponents, journalists, activists and human rights defenders.

In fact the intelligence gathered in Greece was used by the police to pursue criminal investigations in Turkey.  In a communiqué sent to the Ankara Chief Public Prosecutor’s Office on January 27, 2021, Huseyin Agir, the acting chief of the Ankara police department’s counterterrorism bureau, asked for permission to investigate people who were spied on in Greece. He mentioned the intelligence passed from the Turkish embassy in Athens in his communiqué to justify the probe.

On September 13, 2022 public prosecutor Ali Tanil Gören sent a letter to courts and prosecutor’s offices in nine provinces where the population registries of profiled people were kept in order to take further legal action.

The entire process shows that the rule of law has effectively been suspended in Turkey under Erdoğan’s presidency and that the criminal justice system and law enforcement agencies were abused to punish critics and opponents on fabricated terrorism charges.

The intelligence document sent by the Foreign Ministry and shared with the prosecutor’s office by the police department cannot be considered evidence, which is stated on the bottom of all such documents in line with the Code of Criminal Procedure (CMUK). The evidence must be collected only after the police receive authorization by a court under the supervision of a prosecutor’s office.

The spying on critics who live abroad has dire consequences for those who were targeted by the Turkish government. The not only face politically motivated criminal prosecutions but also risk the imprisonment of their family members in Turkey and the unlawful seizure of their assets.