Trends That Will Define the Coming Years 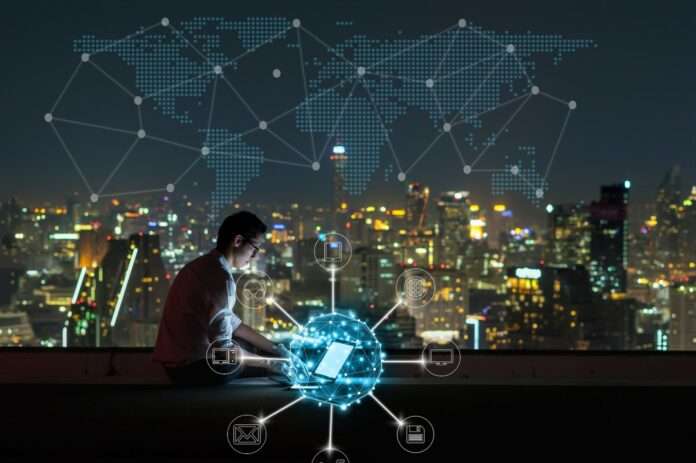 The world is always changing, but some changes are more important than others. Russia’s invasion of Ukraine will likely be remembered as the start of a new era in geoeconomics. In response to the war, the West launched sanctions against Russia, escalating the economic war the Kremlin began when it blocked Ukraine from trading with the world through its ports. Moscow answered by drastically reducing natural gas exports to Europe. The uncertainty and tit-for-tat measures kicked off an energy crisis. And the war renewed focus on the growing divide between the West and a nascent revisionist bloc led by China and Russia. It is difficult to see a path back to the status quo ante bellum, but several major trends that will define the next decade have become clear.

For years before COVID-19, China, Russia, Iran and North Korea challenged the economic, financial, security and/or geopolitical order that the United States and its allies created after World War II. The era of relentless globalization had started to slow or even reverse. The pandemic kicked things into overdrive, accelerating reshoring and so-called friendshoring and depriving developing economies of foreign investment.

The war in Ukraine and its economic aftereffects are squeezing developing countries even more. In 2022, most of them put off making a choice between the West and Russia, hoping for a resolution to the conflict that would ease their economic pain. A case in point is Hungary, which, like many of these countries, depends on Russian energy and other commodities to sustain its economy and thus is wary of breaking ties with Moscow. Budapest has sought to slow the progression of Western sanctions against Russia. Others have avoided adopting anti-Russia sanctions altogether.

For Europe, the conflict between Russia and the West has shaken public and corporate confidence about the near future and made it nearly impossible to do business with Russian entities. Elsewhere, businesses expend time and resources checking whether their operations will incur sanctions, looking for alternatives whenever possible. The Black Sea is a de facto war zone, which has the upside of encouraging investment in overland infrastructure and the downside of making maritime trade more expensive.

As important as developments in Europe are, China and its internal stability may be the more consequential economic challenge in 2023. Facing growing protests late in the year, the Chinese government abandoned its zero-COVID policy with no apparent plan B. Official data is sparse and unreliable, and local and regional governments have been put in charge of managing the situation. It is unclear whether this will become a headache for Chinese leader Xi Jinping, especially since it falls between the start of the political transition in November and its end in March, when most officials will have their new posts confirmed. Meanwhile, the United States is escalating its trade war with China.

The result is likely to be a fragile economic recovery for China in 2023. The enduring weakness of the real estate sector has outweighed positive impulses in other economic areas, and fear of a financial crisis is weighing on private investment. Increasing youth unemployment adds a dangerous element to the mix. Beijing has taken steps recently to solve the real estate sector’s liquidity crisis, but it needs political stability for the measures to be effective.

This is not good news for the global economy. As much as the West would like to be shielded from events in China, Europe and the U.S. still depend on Chinese manufacturing of important inputs. Chinese lockdowns created kinks in supply chains, and the country’s political and economic instability could prolong them. Consumption and industrial activity in the U.S. and Europe are already in retreat, and there’s no end in sight to the energy crisis. A crisis in China would only make things worse.

In addition to the global economic slowdown, for the first time since the 1970s the world is simultaneously facing high inflation. The drivers of this bout of inflation include excessively loose monetary and fiscal policies that were kept in place for too long, the restructuring of global trade caused by the pandemic, and the sharp spike in the cost of energy, industrial metals, fertilizers and food as a result of Russia’s invasion of Ukraine. Angered by the unequal distribution of the gains of globalization, voters demanded more government support for workers and those left behind. However well-intentioned, such policies risk an inflationary spiral as wages and prices struggle to keep pace with one another. Rising protectionism also restricts trade and impedes the movement of capital, limiting improvements on the supply side.

To the extent that the energy crisis is causing high inflation, investment in renewables will mitigate inflationary pressure. Renewable capacity will take time to develop, however, and in the meantime, there is underinvestment in fossil fuel capacity. The latter will take priority. Moreover, the green transition will require the development of new supply chains for certain metals and will increase the cost of energy generally, creating what’s been termed “greenflation.”

This coincides with a rapidly aging population not only in developed countries but also in China and some other emerging economies. Young people tend to produce more, while older people spend their savings and consume more services. And due to the market uncertainty caused by the pandemic and the war in Ukraine, young people are producing less and reluctant to invest, which translates into a general economic slowdown. Therefore, just as the global economy will continue fragmenting into 2023, so will inflation persist.

The war in Ukraine has caused disruption also in the tech industry. While most sectors have been impacted by declining investment and the challenging state of affairs overall, tech appears to be the hardest hit. Twitter, for example, has cut its workforce by 50 percent, and Facebook parent company Meta is letting go of 11,000, about 13 percent, of its employees. Amazon reportedly cut 10,000 jobs, representing about 1 percent of its global workforce. Meanwhile, FTX, the second-largest cryptocurrency exchange in the world, recently valued at $32 billion, has imploded. The full fallout of its collapse is still unclear, but other crypto firms have already felt the effects.

Gone are the days of the early 2000s, when global markets were relatively stable and supply chains built on cheap labor were reliable. In those times, companies increasingly depended on the internet to grow their business, and tech firms benefited from low interest rates. But the factors that helped propel the fast growth of the early 2000s are today progressively volatile, as the global economy hobbles through the early stages of restructuring.

Like companies in other sectors, many tech businesses won’t recover, while others will adapt and bounce back slowly. New opportunities will arise. The restructuring of manufacturing and supply chains will require technology, and automation will increase, especially as the population ages. More important, governments will likely seize the opportunity to steer the tech industry in specific directions. There has been much talk about the role of social media in politics and in shaping policy, and as a result, lawmakers have tried to regulate things like privacy and competition as they relate to social media platforms. Cybersecurity is also an increasingly concerning issue for governments worldwide, and will likely continue to be as the sophistication of cyberattacks increases. Governments will therefore be pushed to become more assertive in regulating tech beyond its military applications.

The major trends in geoeconomics for 2023 and beyond are interconnected. The challenges they pose will require a systematic, coherent approach, but the political leadership in countries around the world is struggling to keep up. The speed of the change requires a different toolset than governments are used to, leaving them trying, and sometimes failing, to adapt to new realities. Cooperation is increasingly difficult, but it has actually grown stronger in some limited areas, like the West’s economic war against Russia following the Ukraine invasion.

Thus, even as deglobalization gains momentum, interdependency isn’t going away completely. Restructuring itself will be a global process. There’s just no avoiding the fact that the world today is interconnected in ways never seen before. Different perspectives will need to be reconciled, and people’s place in society beyond their economic value as consumers and political value as voters will have to be acknowledged. Human behavior, and therefore state behavior, is driven by everything from politics and economics to culture and psychology and even technology. This complexity will drive the challenges, and potential solutions, of tomorrow.