The US vs China: A Clash of Self-Images? 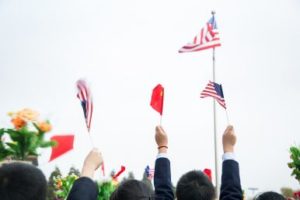 By Plamen Tonchev  thediplomat.com
June 20, 2019
The gap between self-perception and reality on both sides is a key factor driving U.S.-China tensions.
Two years ago, the BBC World Service commissioned a thought-provoking global country poll on views of major international players. It asked respondents to rate 17 countries, including the United States and China, and their influence in the world. A key finding relates to the deteriorating image of the U.S. worldwide, while attitudes toward China have also soured, though less drastically.

Yet the most intriguing aspect of this survey actually has to do with the gap between “image” and “self-image.” 71 percent of the Americans polled believed that their country played a positive role in international affairs, but the rest of the world thought otherwise – less than half that, a mere 34 percent of respondents in other countries, shared this view. Chinese citizens surveyed were convinced to an even larger extent (88 percent) of their country’s positive influence on the planet. Alas, once again the world had a different opinion – just 41 percent found China’s role positive.

Can this spectacular dissonance explain why these two huge economies, so intricately intertwined for decades, are at each other’s throats? Could losing sight of who one actually is explain the intense standoff between the two countries locked in the world’s largest game of chicken right now, with the trillion-dollar question on everybody’s lips being: who will blink first?

It is tempting to look at this as a clash of personal agendas and leaders’ egos. The U.S. president has no shortage of the latter, for sure. Yet, there’s much more to Donald Trump’s brawly temperament: his goal is to sound tough to American voters a year and a half before the climax of the upcoming election. Trump simply cannot afford to be soft on Beijing, with the general mood in the United States toward China being more negative than ever before. This sentiment, persistently recorded in American society and based on rare consensus on both sides of the aisle, will only intensify in the lead-up to the next presidential race.

What’s at stake for Xi Jinping then? The Chinese president has cemented his power by having his name and political ideology enshrined in the Communist Party’s constitution, and the two-term limit on the presidency has been lifted. But Xi cannot afford to be seen as yielding to pressure from Washington, for he has campaigned on a nationalist political agenda, dressed up as the “China Dream.”

Some China watchers argue that U.S. intransigence may have handed Xi an effective nationalist card to play at a time when Beijing is struggling with a slowing economy. The Chinese media is now full of appeals to patriotism, even invoking the spirit of the Korean War. In a similar vein, Xi recently visited Jiangxi province and referred to the heroic narrative of the Long March, a grueling one-year journey undertaken by Communist Party forces in 1934, only to regroup and take full control of the country 15 years later.

However, the mobilizing force of these epic legends cannot conceal the fact that China is still trailing the United States in terms of per capita income or individual productivity — by six and eight times, respectively. Notwithstanding Xi’s ambitious Belt and Road Initiative (BRI) and that staggering 88 percent figure in the BBC survey, China’s self-image seems to be somewhat different at the societal level. Despite Beijing’s dominant narrative about 800 million citizens lifted out of poverty, no doubt an extraordinary achievement, local interlocutors do not hesitate to speak about resilient inequalities in the country.

The BRI is accepted by many Chinese – notably, in hush-hush conversations – with mixed feelings, as a costly overseas enterprise while China is still facing formidable socioeconomic challenges. Chinese citizens feel a weakening renminbi eating into their purchasing power and are becoming increasingly uneasy, something that the country’s authorities are fully aware of. This may explain why, instead of roaring, Beijing’s mouthpieces, such as China Daily or Global Times, confine themselves to admonishing Washington to listen to the American people and come back to the negotiating table, after dropping its condescending attitude toward China.

But tactics aside, why should condescension pop up in this debate? Because it is a major irritant, if not insult, for a nation running away from the “century of humiliation,” a powerful narrative 1.4 billion Chinese have been brought up with. Which may – partly, at least – explain why Beijing is so sensitive about Huawei. Irrespective of the accusations of espionage leveled against the top telecoms company, it is the crown jewel of China’s global high-tech competitiveness – and a source of national pride, too.

Back in 1989, Francis Fukuyama published his famous essay about the “end of history” and the triumph of a U.S.-centered liberal western order. As we all know, that wasn’t meant to be. It is now clear that Fukuyama’s school of thought overestimated the strength of the West and his theory was based on an overblown U.S. self-image.

Three decades later, the United States is undoubtedly the biggest military power in the world and will keep it this way in the foreseeable future, if one takes into account American and Chinese defense expenditure. But the U.S. needs to face the fact that, sooner or later, it will cease to be the world’s biggest economy – and what a blow to its self-esteem that will be! Down the road, the world will depend less and less on the U.S. dollar, as central banks around the globe are weaning themselves off the greenback, even though the renminbi is still far from turning into a ForEx heavyweight itself – it only accounted for a meager 1.9 percent of global reserves at the end of 2018.

On the other side of the Pacific, if nine out of 10 Chinese citizens really believe in their country’s positive image abroad, they may be in for an unpleasant surprise. The chorus of concerns about and growing international pushback against “globalization with Chinese characteristics,” i.e. the Chinese way of doing business, is a wake-up call that should not be missed by Beijing.

The gap between what the two giants think of themselves and their true capabilities is all too striking to be neglected. When Trump and Xi meet at the G-20 leaders’ summit in Japan on June 28-29, they will have to handle more than a set of technical tariff-related issues or the broader agenda of their confrontation. They will also have to factor in the clash of the two biggest economies’ self-images – and rein them in.

Plamen Tonchev is Head of Asia Unit at the Athens-based Institute of International Economic Relations (IIER) and a founding member of the European think-tank Network on China (ETNC).