The End of a Millennial Internet Era 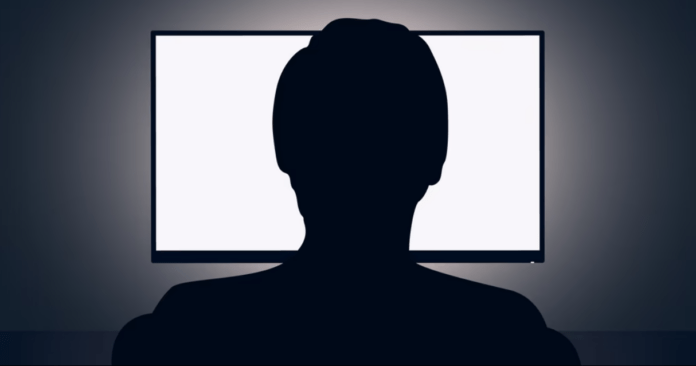 This is an edition of The Atlantic Daily, a newsletter that guides you through the biggest stories of the day, helps you discover new ideas, and recommends the best in culture. Sign up for it here.

Millennials are seeing their version of the internet slip away and even be dismissed as “cringe.” Kaitlyn Tiffany and I discuss the GIF, the Millennial pause, and how Gen Z has changed the way we communicate online.

But first, here are three new stories from The Atlantic.

Kate Lindsay: Your recent article, “The GIF Is on Its Deathbed,” really resonated online. What are GIFs, and what is their significance to the internet?

Kaitlyn Tiffany: The GIF was one of the earliest file formats of the internet (it’s an acronym for “graphics interchange format”), and it took off in the days of CompuServe, AOL, and then the Netscape browser. The first heyday for GIFs was on the early personal webpages of GeoCities, but people were still wallpapering their MySpace pages with GIFs when I was in middle school, about a decade later. The animated GIF is the one that became famous, but technically GIFs don’t have to be animated—it’s just one of the interesting possibilities of a format that is flexible enough to take many different extensions.

Kate: You write that Gen Z finds GIFs “cringe.” Why is that?

Kaitlyn: Gen Z specifically finds reaction GIFs cringe-y—they claim that it’s because reaction GIFs are associated with Millennials, but I don’t really believe in intergenerational warfare. I think the problem is more that most of the good reaction GIFs have gotten way overused because they’ve become way too accessible. If you’re looking to convey a specific emotion in a tweet or in a text or in a Slack message, the GIF-search feature or Giphy integration that’s part of all of these apps now will pull up the same handful of super-popular GIFs over and over. (The Slack ones are just the worst, because they also replay over and over in the window until the conversation moves on for long enough to push them up and out.) You just don’t see a lot of creativity, and it comes off as very lazy.

Before all of those search functions, even five years ago, people were pretty invested in grabbing interesting moments from different things and appropriating them into funny or smart contexts. Now that we’ve lost that, I think using a GIF can come off as smug and silly. (I’ve written about this before, specifically in reference to the “How do you do, fellow kids?” GIF, which is almost physically repulsive to me.)

Kate: I recently wrote about “the Millennial pause,” which, like the decline of GIFs, is a sign that the Millennial era of social media, defined by Facebook and Instagram, is ending. Do you see any other harbingers of that?

Kaitlyn: The weirdest thing about Facebook, to me, is that Millennials are really the only generation that made it central to their adolescence or their college experience. My youngest sister never made an account as far as I know. Although she is heavily into Instagram and is better at the “photo dump” than anyone my age. If there’s a really notable difference between the two generations for me, I would say that Gen Z has a more reflexive and natural-seeming relationship with social media that is actually defined a lot less by anxiety about its role in their lives. Not to say that they don’t have the same incentives to perform or experience nightmarish outcomes from having their whole social circle exist online, but more that it feels like a natural part of growing up to them. Because why wouldn’t it?

My sisters got very annoyed with me when I suggested they join BeReal [an app for sharing personal photos that brands itself as a more transparent alternative to Instagram]. I think that idea was cringe to them—that anyone would really be feeling so freaked out by the facade of Instagram that they would need a separate app to help them get away from it.

Kate: What does the new social-media era look like? Is there a Gen Z equivalent to GIFs?

Kaitlyn: To generalize, I think Gen Z is just more video-first! On Twitter, especially, I see them react to things with super-short video clips that, when it comes down to it, are effectively GIFs with sound. I guess the image quality tends to be better and they don’t have those embarrassing watermarks on them that show up when you make a GIF using a free GIF maker, so that makes them slightly less “cringe.” But otherwise it’s basically the same thing, just funnier. I think because of [the short-form video apps] Vine and then TikTok, people who spend a lot of time on social media got really good at comedic timing.

Kate: Popular platforms such as Twitter and Tumblr have started converting and compressing GIFs to MP4 files because they’re smaller, which GIF artists dislike for many reasons. Do you think total GIF extinction is imminent?

Kaitlyn: This is why I thought the GIF story would be fun to write—there’s all this talk about whether GIFs will fall out of use because they are embarrassing or not en vogue. But people seemed to be referring to “GIFs” as the general concept of a short, recurring animation, not as a file format. The latter is what’s really under threat because it actually is outdated in a physical, technical, tangible sense. In the story, I spoke with an artist who will continue using them forever because of some particularities of the GIF, so I don’t think it will die completely. But I can imagine the GIF, in a few years, being sort of the die-hard digital artist’s tool, and for reasons that only buffs can grasp. You know, like Quentin Tarantino buying up all that Kodak film.