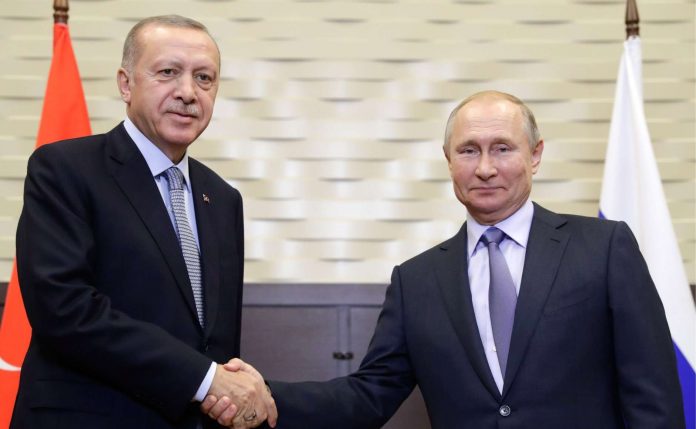 Vladimir Putin had a telephone conversation with President of the Republic of Turkey Recep Tayyip Erdogan.

Vladimir Putin and Recep Tayyip Erdogan discussed at length the developments in Ukraine in the context of the special military operation to protect Donbass and Russia’s ongoing efforts to ensure the safety of civilians, including by opening humanitarian corridors.

When asked about the situation in Mariupol, the President of Russia noted that the city had been liberated and there were no hostilities there. As for the Ukrainian service members and militants from the nationalist battalions blocked on the grounds of the Azovstal plant, the Kiev authorities should take political responsibility and, out of humane considerations, order them to lay down their arms. Prisoners of war have our guarantee that their lives will be spared, they will receive medical help and be treated in accordance with international legal rules.

Vladimir Putin also informed his counterpart about the progress of talks between the Russian and Ukrainian representatives.

The two leaders agreed to continue coordination between their respective defence agencies to ensure Turkish ships safe departure from the Black Sea ports along the maritime humanitarian corridor arranged by the Russian side.

The parties also touched upon the bilateral agenda, including air transport and tourism and expressed particular satisfaction with the growth of trade and economic cooperation.

It was agreed to maintain ongoing dialogue.

Τhere are also Turkish officers in the bunker, even though it is not stated here. That is why Erdogan keeps pushing for evacuation from there.