Saudi Arabia and Israel: Normalization at a Snail’s Pace 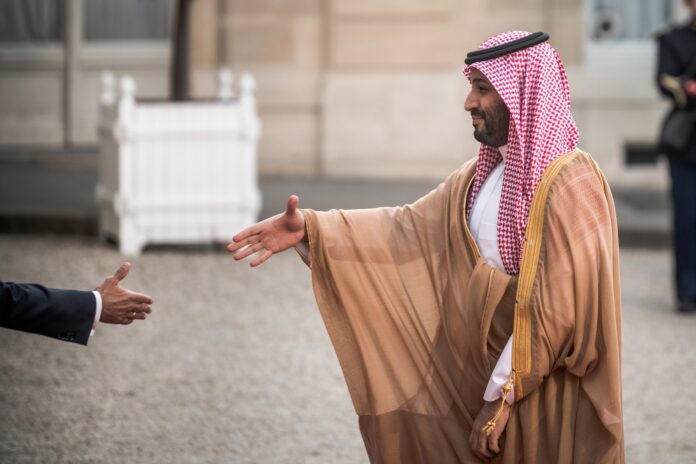 Since the Abraham Accords were signed, and particularly with Biden’s visit to the region, some have argued that Saudi Arabia will be the next country to normalize relations with Israel. However, complete normalization is far from imminent. What are the reasons for this, and how should Israel act toward the Saudi kingdom?

In recent years a significant change, however slow and gradual, is apparent in Saudi Arabia regarding ties with Israel. While there are signs of possible compromises on its part regarding its connection with Israel, it is estimated that a possible improvement of relations would follow a different model than the Abraham Accords. Saudi Arabia chose ties with Israel as a strategic option, but in its view full normalization is expected only with progress in resolving the Palestinian issue. Any attempt to urge the kingdom to improve its relations with Israel in the immediate term, and certainly to make the existing relations public, could undermine the prospects for success. At this stage, Riyadh remaining backstage on the normalization issue, while helping warm Israel’s relations with Arab and Muslim countries behind the scenes, is actually the preferred option.

President Biden’s visit to Israel and Saudi Arabia in July 2022 again placed the issue of normalization of relations between the two countries on the agenda. As early as 2020 it was apparent that Riyadh was pursuing a kind of “creeping normalization” to prepare the ground for the process, which would culminate with increasing openness regarding Israel. Since then, the United States administration has changed, negotiations have resumed between the United States and Iran on returning to the nuclear agreement, a different government rules in Israel, and the relations between it and central countries in the region have deepened as part of the Abraham Accords – developments that might affect Saudi Arabia’s position on relations with Israel. 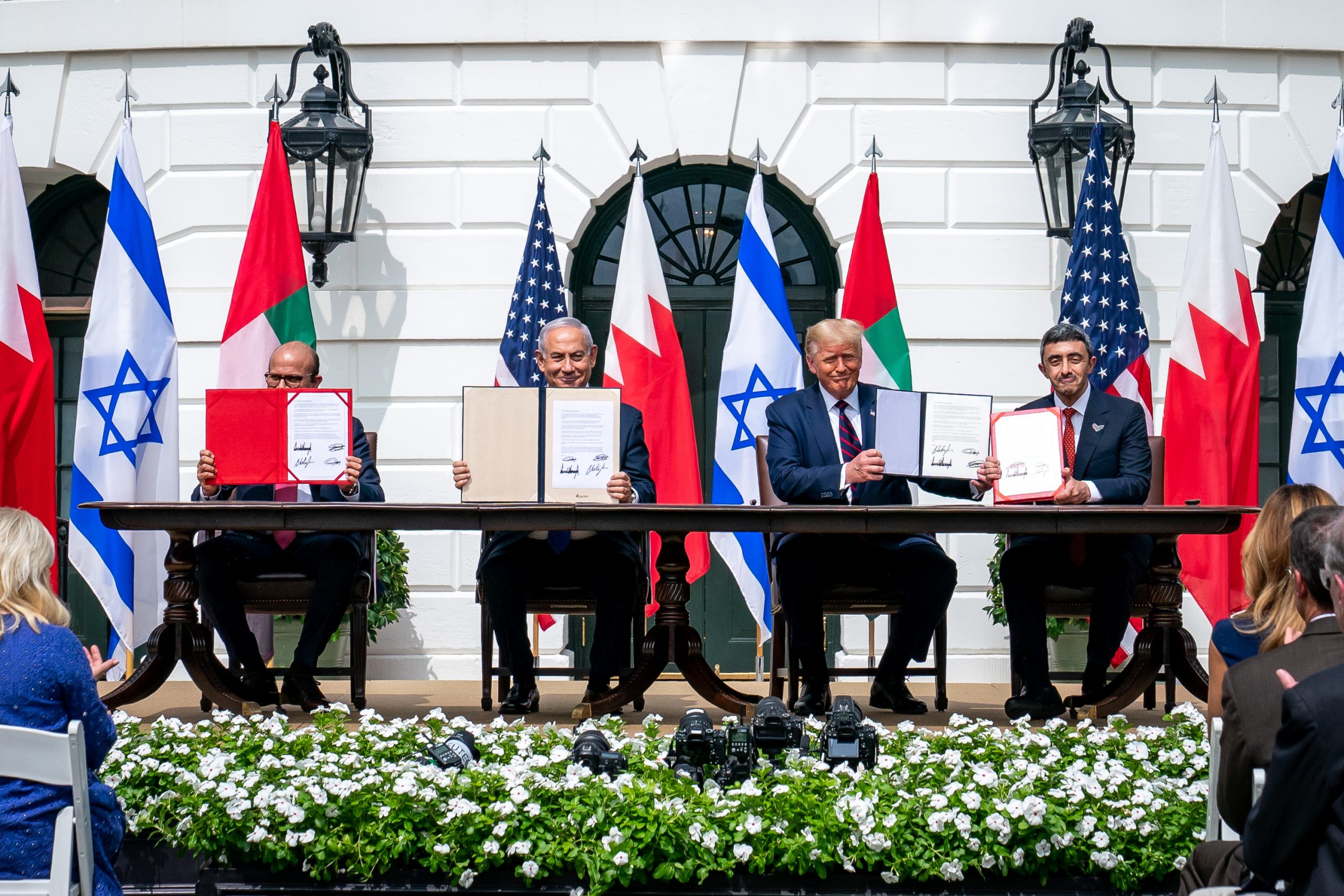 Especially since Mohammed bin Salman assumed his role as Crown Prince, a slow and gradual change has been evident in the kingdom regarding the question of relations with Israel, and there are signs of possible compromises on the issue. Inter alia, there have been reports of increased involvement by the Israeli private sector in technology and agriculture deals in the kingdom, and even several meetings between Israeli and Saudi defense figures to strengthen intelligence-operational cooperation and arms sales between the countries. However, in order to make the relations public and to enable their expansion, the Saudi royal house will have to overcome both internal and external sensitivities that are related in part to the unique nature of the kingdom and impact its standing, especially as “custodian of the holy places of Islam,” and even its stability. Saudi Arabia supported the Abraham Accords “from the outside” and its leaders, chiefly the Crown Prince, are expressing themselves in a more moderate way than in the past toward Israel. Nonetheless, several issues preserve barriers to substantive change in Riyadh’s position on normalization. 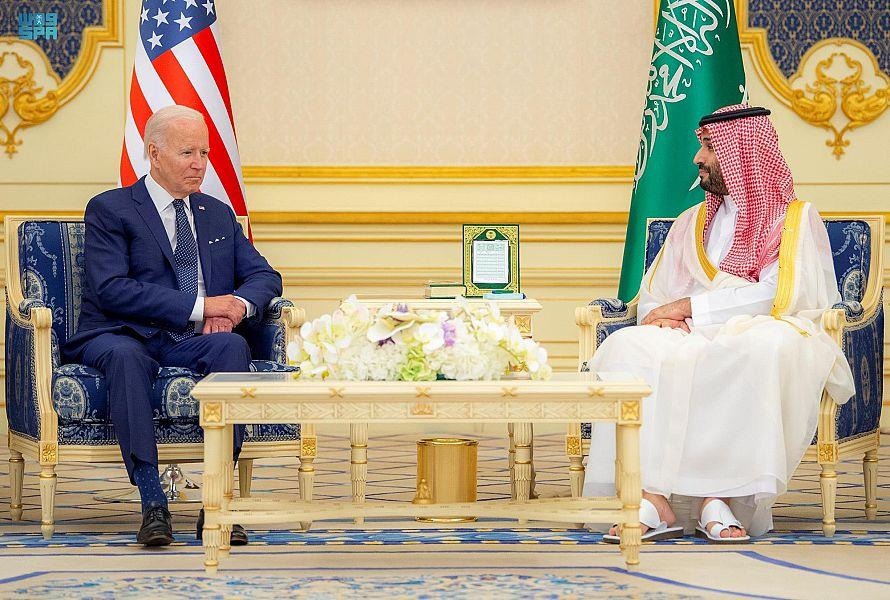 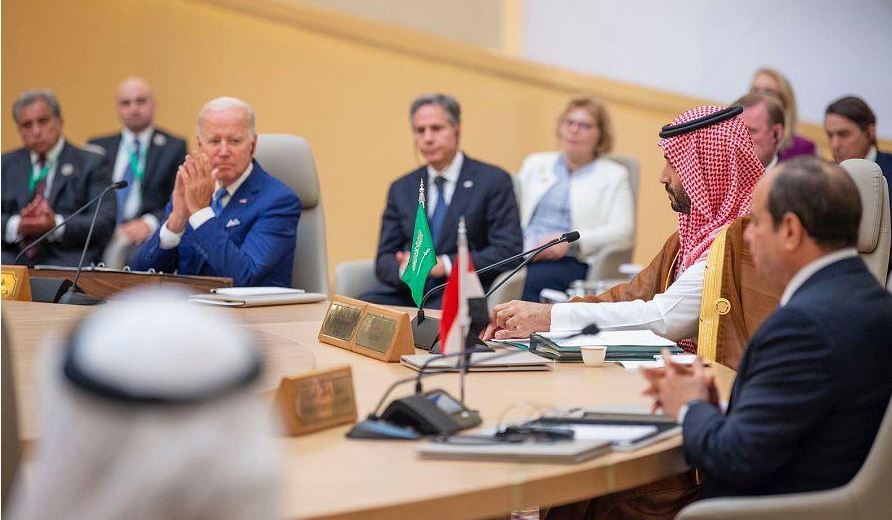 It seems that Saudi Arabia will continue to gradually prepare the ground for greater openness in relations with Israel, even if under a different model than that of the Abraham Accords, both in the depth of the openness and in the pace of change. In accordance with Saudi policy, during President Biden’s visit to the Middle East, the Saudi aviation authority announced that subject to the Chicago Convention on International Civil Aviation of 1944, it will now also allow Israeli aircraft to fly through its airspace. The announcement was phrased in an obscure manner and presented as a national-economic need for improving the kingdom’s air connectivity as a hub, and in effect it expanded the existing permit for Israeli aircraft to fly through Saudi airspace to the United Arab Emirates and Bahrain. However, Saudi Arabia’s Deputy Ambassador to the UN, Mohammed al-Ateeq, emphasized in a Security Council discussion on the Palestinian issue that enabling Israeli aircraft to fly through the kingdom’s airspace is not a step in the direction of normalization. Another step that some see as connected to normalization is the Saudi-American agreement on the departure of the Multinational Force and Observers in Sinai (MFO) from the islands of Tiran and Sanafir (which Egypt returned to Saudi sovereignty in 2017) and the stationing of a surveillance system that will replace the force and continue to ensure freedom of navigation in the Straits of Tiran.

The conclusion drawn from the process so far that led to the Abraham Accords is that given suitable incentive and pressure, the Gulf countries could take steps that deviate from the Arab consensus and from their positions on the Palestinian issue. Therefore, it is possible that Riyadh will advance its relations with Israel regardless of progress on the Israeli-Palestinian channel but rather in relation to compensation that it will receive from the United States. And indeed, relations between Washington and Riyadh, and even more so American attention and American leadership of normalization in the Middle East, are of decisive importance. If the Saudi leadership estimates that rapprochement with Israel will help it strengthen its relations with the United States, improve the extreme image that has adhered to it, and earn economic and political dividends, it could take another step toward Israel.

The continuation and expansion of the existing normalization agreements are important to the connection between Jerusalem and Saudi Arabia, in part because they are meant to grant legitimacy to their subsequent expansion. However, staying backstage while helping to improve Israel’s relations with Arab and Muslim countries is actually preferable to Riyadh at this stage. A push to advance and highlight the relations and certainly making them an internal Israeli political issue, as occurred surrounding President Biden’s visit to the Middle East, will create unrealistic expectations, increase pressure on the Saudis, and undermine the process. Even though Saudi Arabia has been going through not insignificant social-cultural changes in recent years, the question of its relations with Israel remains connected to its standing and even its stability. Therefore, at the present time, a full normalization agreement is seen in the kingdom as a step too far too soon.

The opinions expressed in INSS publications are the authors’ alone.
Yoel Guzansky
Dr. Yoel Guzansky is a Senior Research Fellow at the Institute for National Security Studies (INSS) specializing in Gulf politics & security. Dr. Guzansky is a non-resident scholar at the Middle East Institute in Washington D.C. He was a Visiting Fellow at Stanford University’s Hoover Institution, an Israel Institute Postdoctoral Fellow, and a Fulbright Scholar. He served on Israel’s National Security Council in the Prime Minister’s Office, coordinating the work on Iran and the Gulf under four National Security Advisers and three Prime Ministers. He is currently a consultant to several ministries.
Publication Series INSS Insight
https://www.inss.org.il/publication/saudi-arabia-israe
Share
Facebook
Twitter
Pinterest
WhatsApp
Linkedin
Viber