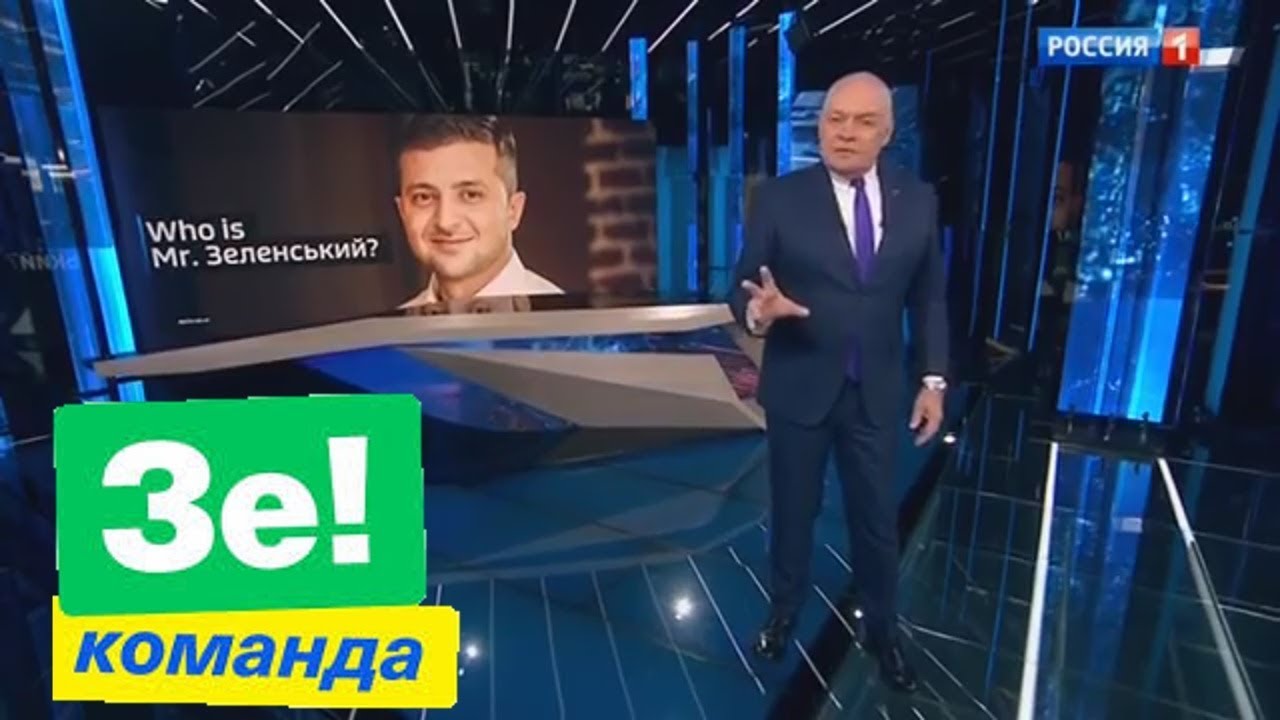 Russia in Review is a weekly intelligence summary (INTSUM) produced by the Institute for the Study of War (ISW). This ISW INTSUM series sheds light on key trends and developments related to the Russian government’s objectives and its efforts to secure them. Receive future Russia in Review INTSUM products via-email by signing up for the ISW mailing list.

The Kremlin and its political allies in Ukraine intensified their rhetorical support for the leading candidate in the 2019 Ukrainian Presidential Elections. The Kremlin likely intends to soften its domestic narrative towards Ukraine if comedian-turned-politician Volodymyr Zelensky wins the Ukrainian Presidency. Russian Liberal Democratic Party Chairman Vladimir Zhirinovsky stated on April 3 that his party would recognize the election only if it resulted in a victory for Zelensky.[1] Journalist Dmytry Kiselyov – one of the Kremlin’s top domestic propagandists – praised his alleged policy priorities to “stop the war and reestablish dialogue with Russia” on April 8.[2] ISW previously assessed that Russia perceives a long-term opportunity to reorient Ukraine towards its orbit under Zelensky. Meanwhile, Yevchen Murayev – a pro-Russian former presidential candidate in Ukraine – appealed to his base to vote against incumbent Ukrainian President Petro Poroshenko on April 6, claiming that Zelensky would cause less harm to Ukraine.[3] Similarly, Olena Lukash – a former senior administration member under pro-Russian Ukrainian President Victor Yanukovych – suggested that Zelensky offers a “chance for change” in Ukraine on April 8.[4] Pro-Russian political actors in Ukraine including allies of Yanukovych, who fled Kyiv after the 2014 Euromaidan Revolution, are likely attempting to rally support for Zelensky in order to regain political influence and exact revenge against the post-Euromaidan Government of Ukraine.

The Kremlin is building interlocking ties among a number of rogue regimes to enhance their collective legitimacy and support its strategic interests. The Kremlin is organizing diplomatic cross-recognition between its various clients including the breakaway regions of Abkhazia and South Ossetia in Georgia, Syrian President Bashar al-Assad, and Venezuelan President Nicholas Maduro. Russian Foreign Minister Sergey Lavrov and Abkhazian Foreign Minister Daur Kove held talks focused on efforts to boost international recognition of Abkhazia on April 1.[5] Russia’s Foreign Policy Concept lists bolstering the diplomatic status of Abkhazia and South Ossetia among its key priorities.[6] Kove on the same day announced that Abkhazia intends to open an embassy in Syria and organize a visit by Assad to Abkhazia.[7] Syria recognized Abkhazia and South Ossetia as independent countries in May 2018, which the Russian Foreign Ministry emphasized as an accomplishment in its annual report.[8] The Kremlin’s recent diplomatic push on behalf of Abkhazia is likely a reaction to recent activity by NATO in Georgia. NATO and Georgia began military exercises on March 18 and NATO Secretary-General Jens Stoltenberg stated during the drills that Georgia would eventually become a member of NATO.

The Kremlin has also helped facilitate municipal cooperation on infrastructure projects between Sevastopol on the occupied Crimean Peninsula and Tartus in Syria since January 2019.[9] This development fits within the Kremlin’s larger effort to restore Assad’s legitimacy as the sovereign leader of Syria, including its lobbying efforts for Syria to regain membership in the Arab League.

The Kremlin is leveraging this network of clients to support Nicolas Maduro in Venezuela, where Russia holds a strategic interest. Venezuelan Foreign Minister Jorge Arreaza met with Assad in Damascus on April 6.[10] The Syrian Foreign Ministry previously announced its support for Maduro on January 24.[11] The Kremlin will continue to expand these diplomatic links among its allies to help its rogue clients pose as legitimate actors and normalize their behavior. The Kremlin is likely to intensify these efforts with regard to its proxies in the self-proclaimed Donetsk and Luhansk People’s Republics in Eastern Ukraine if it perceives a renewed window of opportunity to use diplomatic pressure to win them broader political autonomy from Kyiv.

The Kremlin’s favoritism of Chechen President Ramzan Kadyrov threatens to destabilize the North Caucasus. The Chechen Republic gained disputed territory from the two neighboring republics of Dagestan and Ingushetia, fueling critical public reactions in both regions. Ingushetia is experiencing a resurgence in protests that first erupted in October 2018 after Chechnya and Ingushetia signed a billdelineating the Ingush-Chechen Border.[12] Ingush condemned the deal as an illegal land grab, noting that Chechnya gained at least 25,000 hectares at the expense of Ingushetia.[13] The Constitutional Court of Ingushetia at the time ruled the agreement unconstitutional and suggested a popular referendum on the issue. About 10,000 Ingush protested on March 26 after language regarding the need to hold such ballots disappeared from a new version of a referenda law passed by the Ingush Parliament.[14] The protestors called for the resignation of Ingush President Yunus-Bek Yevkurov and the cancellation of the border deal with Chechnya.[15] The Kremlin responded by jamming mobile internet access and deploying units of the Russian National Guard.[16] Ingushetia also mobilized a small column of military vehicles to deter the protests.[17] The rallies concluded under pressure on March 27. Ingush and Russian security services including the Russian Federal Security Service (FSB) later launched a series of raids, searches, seizures, and arrests targeting prominent activists and protest leaders in Ingushetia.[18]

The Chechen Republic also unilaterally registered a region disputed with Dagestan as part of Chechnya on March 16.[19] The Chechen Parliament previously published a controversial map with significant differences along the Chechen-Dagestani Border in December 2018.[20] Dagestani activists have called for support from the Kremlin to ensure a transparent resolution of the border dispute and avoid an “Ingush scenario” in Dagestan.[21] The Kremlin has nonetheless historically favored Chechnya in its disputes in the North Caucasus. The Kremlin publically remained neutral in the border dispute between Chechnya and Ingushetia but the Russian Constitutional Court upheld the deal in December 2018. It will likely behave similarly in Dagestan.

The Kremlin will likely to continue to appease Kadyrov because Russian President Vladimir Putin views his rule as essential to maintaining political stability in the North Caucasus. Its continued tolerance of his ambitions could nonetheless fuel greater long-term instability in the region. Ingushetia will likely witness further demonstrations as the border deal progresses with Chechnya. Dagestan could also experience protests given existing animosity towards Chechnya. The current trajectory will drive resentment within Ingushetia and Dagestan against Moscow, Chechnya, and local leaders who are failing to serve the public interest in the eyes of Ingush and Dagestanis. Renewed grievances could increase regional extremist activity and provide an opportunity for international terrorist organizations such as ISIS and al Qaeda to expand their networks in Russia.