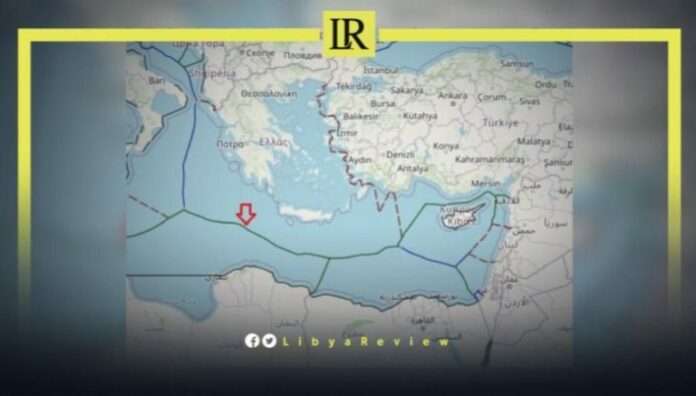 “Greece’s announcement that it would start natural gas explorations in the Mediterranean. In addition to Libya’s statement considering extended gas pipeline with Greece are hopeful steps that could undermine Turkey’s drilling ambitions in the eastern Mediterranean,” said Aya Burweila, a Libyan strategic analyst.

Recently, the Chairman of the National Oil Company of Libya (NOC), Farhat Bengdara said that the NOC is finalizing investment and exploration agreements with Italy’s ENI and British Petroleum (BP) to start gas exploration. He also said that the NOC is considering extending a pipeline with Greece and Egypt, in addition to the one between Libya and Italy. He also stated that Libya will ask to join the Eastern Mediterranean Natural Gas Forum (EMGF), which excludes Turkey.

“The new memorandum, based on an earlier one signed in 2019, violates not only international law but also Libyan domestic law: the GNA and GNU are foreign-imposed regimes unelected and unrecognized by Libyans. They are expressly prohibited from signing any military or maritime international agreement. Since 2015, the international community has been handpicking Libyan governments and providing them with international recognition. Both the GNA (2015) and the GNU (2021) were imposed by processes through the UN, full of corruption, lack of transparency and political mechanisms to usurp the right of Libyans to choose their government and deceive them,” Burweila noted.

“Nevertheless, the UN granted international recognition to the two, and did not revoke it when their temporary mandates expired. Both began as interim governments and quickly turned into permanent client regimes of Turkey, turning to foreign military support to stay in power by force,” she said.

The report warned that the UN’s “own disregard for the rule of law and basic rules of sovereignty has fueled the chaos in Libya, which Turkey has so skillfully exploited and translated into an illegitimate memorandum.”