NATO could become distracted with an Aegean sea crisis 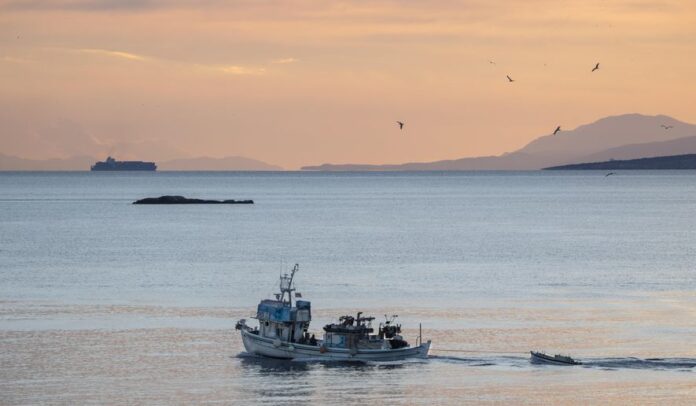 Renewed territorial tensions between Turkey and Greece would benefit Russia

In the first days of March, the USS Harry S. Truman aircraft carrier and its strike group and air wing conducted policing and surveillance missions in the northern Aegean Sea between NATO allies Greece and Turkey, continuing its regional exercises of the past three months. This was the closest the carrier group could get to the Black Sea, where Russia is effectively blockading Ukraine.

Given the many small Greek islands and heavy commercial maritime traffic out of the Dardanelles and Bosporus straits, the presence of a massive carrier group in these Aegean waters is highly unusual, except that Russian President Vladimir Putin’s invasion of Ukraine has forced southern Europe into a most unusual wartime posture.

Turkey, an EU aspirant with solid diplomatic, military and commercial ties to Moscow and Kyiv has opted for neutrality. It has not implemented sanctions against Russia, maintains banking and trade relations, and keeps its airspace open to Russian civilian aircraft while calling on Moscow to respect Ukraine’s territorial integrity and on both countries to negotiate a peaceful resolution. Ankara’s recent mediation efforts proved unsuccessful but demonstrated Turkey’s credibility with both sides.

Greece and Turkey have since 1973 been unable to delineate their respective continental shelves in the Aegean. Over five decades, Ankara has significantly expanded the portfolio of territorial claims, including on populated Greek islands. As Ankara considers ways to provide a deeper lifeline for Russia’s ailing economy, renewed Aegean tensions could benefit Mr. Putin and consolidate Turkey’s energy hub ambitions.

Russia needs to prevent U.S. naval forces from operating in the Black Sea. Turkey seeks to ensure its imagined share of energy wealth beneath the eastern Mediterranean Sea, where Greece may possess oil and natural gas reserves worth $200 billion. Russian and Turkish militaries currently coordinate in Syria, Libya and the Azeri-Armenia conflict.

Sanctions on Russian oil and natural gas mean European countries must identify additional sources of hydrocarbons to power their economies. Turkey and Greece collaborate through the Trans-Adriatic Pipeline to deliver Azeri gas across their territories to Italy, meeting a small part of Europe’s gas demand. The Interconnector Greece-Bulgaria gas pipeline is 80% completed and could operate by July. A new Greek liquefied natural gas terminal could operate by end of 2023, with additional flows to Ukraine, Moldova, Romania, Serbia and North Macedonia.

There are numerous LNG terminals in western Europe, but those lack proximity and grid connectivity to break Russia’s hydrocarbon supremacy in the Balkans. Greece’s emergent supply network as an energy gateway into central Europe and for transport in the Black Sea region is reshaping the geo-economics of southern Europe, an outcome Moscow and Ankara oppose.

In a prolonged Ukraine war, one scenario posits that Moscow would encourage Ankara to renew its territorial claims in the Aegean. Ankara could threaten to close the TAP pipeline and deny Greece valuable LNG transit fees. A small-scale crisis and military tensions between two heavily-armed NATO allies would partially distract from NATO’s Ukraine responses.

Allied air force assets deployed at northern Greek and western Turkish bases would suspend Black Sea regional exercises and missions. Allied navies would avoid the Aegean Sea and Dardanelles Strait, fearing miscalculation or potential crossfire. The blow to U.S. and NATO strategic and tactical capabilities at the mouth to the Black Sea would be significant, though highly advantageous tactically to Russian military operations against Ukraine.

A complicating factor is the upcoming French electoral calendar. The National Assembly and Senate function as two separate legislative bodies, yet complex decision-making requires coordination between both bodies and with the president on matters of external defense — in this case, the eastern Mediterranean.

France and Greece entered into a mutual defense cooperation agreement in September 2021, a year after Paris dispatched warships to the Aegean supporting Greece against Turkish military maneuvers. With French presidential elections in April and parliamentary elections in June, Paris’ resolve to again assist Greece could be impeded, exacerbating a potential crisis.

By then, the USS Truman carrier fleet could be dispatched near Taiwan, engaged in a far greater predicament in the Indo-Pacific theater increasingly dominated by Moscow’s partners in Beijing, leaving the eastern Mediterranean and southern Europe further exposed to Russian power ambitions.