More Proof That This Really Is the End of History 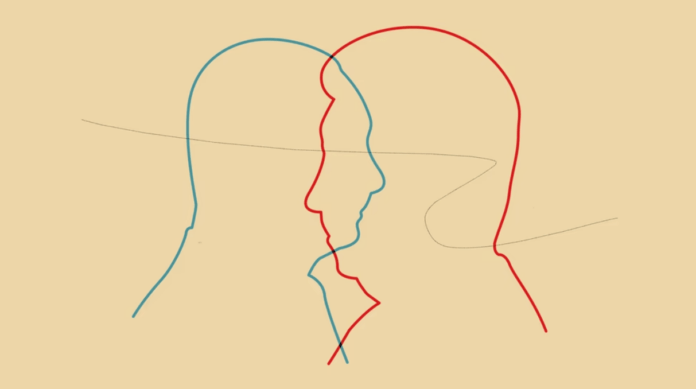 Over the past decade, global politics has been heavily shaped by apparently strong states whose leaders are not constrained by law or constitutional checks and balances. Russia and China both have argued that liberal democracy is in long-term decline, and that their brand of muscular authoritarian government is able to act decisively and get things done while their democratic rivals debate, dither, and fail to deliver on their promises. These two countries were the vanguard of a broader authoritarian wave that turned back democratic gains across the globe, from Myanmar to Tunisia to Hungary to El Salvador. Over the past year, though, it has become evident that there are key weaknesses at the core of these strong states.

The weaknesses are of two sorts. First, the concentration of power in the hands of a single leader at the top all but guarantees low-quality decision making, and over time will produce truly catastrophic consequences. Second, the absence of public discussion and debate in “strong” states, and of any mechanism of accountability, means that the leader’s support is shallow, and can erode at a moment’s notice.

Supporters of liberal democracy must not give in to a fatalism that tacitly accepts the Russian-Chinese line that such democracies are in inevitable decline. The long-term progress of modern institutions is neither linear nor automatic. Over the years, we have seen huge setbacks to the progress of liberal and democratic institutions, with the rise of fascism and communism in the 1930s, or the military coups and oil crises of the 1960s and ’70s. And yet, liberal democracy has endured and come back repeatedly, because the alternatives are so bad. People across varied cultures do not like living under dictatorship, and they value their individual freedom. No authoritarian government presents a society that is, in the long term, more attractive than liberal democracy, and could therefore be considered the goal or endpoint of historical progress. The millions of people voting with their feet—leaving poor, corrupt, or violent countries for life not in Russia, China, or Iran but in the liberal, democratic West—amply demonstrate this.

The philosopher Hegel coined the phrase the end of history to refer to the liberal state’s rise out of the French Revolution as the goal or direction toward which historical progress was trending. For many decades after that, Marxists would borrow from Hegel and assert that the true end of history would be a communist utopia. When I wrote an article in 1989 and a book in 1992 with this phrase in the title, I noted that the Marxist version was clearly wrong and that there didn’t seem to be a higher alternative to liberal democracy. We’ve seen frightening reversals to the progress of liberal democracy over the past 15 years, but setbacks do not mean that the underlying narrative is wrong. None of the proffered alternatives look like they’re doing any better.

The weaknesses of strong states have been on glaring display in Russia. President Vladimir Putin is the sole decision maker; even the former Soviet Union had a politburo where the party secretary had to vet policy ideas. We saw images of Putin sitting at the end of a long table with his defense and foreign ministers because of his fear of COVID; he was so isolated that he had no idea how strong Ukrainian national identity had become in recent years or how fierce a resistance his invasion would provoke. He similarly got no word of how deeply corruption and incompetence had taken root within his own military, how abysmally the modern weapons he had developed were working, or how poorly trained his own officer corps was.

The shallowness of his regime’s support was made evident by the rush to the borders of young Russian men when he announced his “partial” mobilization on September 21. Some 700,000 Russians have left for Georgia, Kazakhstan, Finland, and any other country that would take them, a far greater number than has actually been mobilized. Those who have been caught up by the conscription are being thrown directly into battle without adequate training or equipment, and are already showing up on the front as POWs or casualties. Putin’s legitimacy was based on a social contract that promised citizens stability and a modicum of prosperity in return for political passivity, but the regime has broken that deal and is feeling the consequences.

Putin’s bad decision making and shallow support have produced one of the biggest strategic blunders in living memory. Far from demonstrating its greatness and recovering its empire, Russia has become a global object of ridicule, and will endure further humiliations at the hands of Ukraine in the coming weeks. The entire Russian military position in the south of Ukraine is likely to collapse, and the Ukrainians have a real chance of liberating the Crimean Peninsula for the first time since 2014. These reversals have triggered a huge amount of finger-pointing in Moscow; the Kremlin is cracking down even harder on dissent. Whether Putin himself will be able to survive a Russian military defeat is an open question.

Something similar, if a bit less dramatic, has been going on in China. One of the hallmarks of Chinese authoritarianism in the period between Deng Xiaoping’s reforms in 1978 and Xi Jinping’s accession to power in 2013 was the degree to which it was institutionalized. Institutions mean that rulers have to follow rules and cannot do whatever they please. The Chinese Communist Party imposed many rules on itself: mandatory retirement ages for party cadres, strict meritocratic standards for recruitment and promotion, and above all a 10-year term limit for the party’s most-senior leadership. Deng Xiaoping established a system of collective leadership precisely to avoid the dominance of a single obsessive leader like Mao Zedong.

Much of this has been dismantled under Xi Jinping, who will receive the blessing of his party to remain on as paramount leader for a third five-year term at the 20th Party Congress. In place of collective leadership, China has moved to a personalistic system in which no other senior official can come close to challenging Xi.

This concentration of authority in one man has in turn led to poor decision making. The party has intervened in the economy, hobbling the tech sector by going after stars such as Alibaba and Tencent; forced Chinese farmers to plant money-losing staples in pursuit of agricultural self-sufficiency; and insisted on a zero-COVID strategy that keeps important parts of China under continuing lockdowns that have shaved points off of the country’s economic growth. China cannot easily reverse zero-COVID, because it has failed to buy effective vaccines and finds a large part of its elderly population vulnerable to the disease. What looked two years ago like a triumphant success in controlling COVID has turned into a prolonged debacle.

All of this comes on top of the failure of China’s underlying growth model, which relied on heavy state investment in real estate to keep the economy humming. Basic economics suggests this would lead to massive misallocation of resources, as has in fact happened. Go online and search for Chinese buildings being blown up, and you will see many videos of massive housing complexes being dynamited because there is no one to buy apartments in them.

These authoritarian failures are not limited to China. Iran has been rocked by weeks of protests following the death of Mahsa Amini at the hands of the morality police. Iran is in terrible shape: It faces a banking crisis, is running out of water, has seen big declines in agriculture, and is grappling with crippling international sanctions and isolation. Despite its pariah status, it has a well-educated population, in which women constitute a majority of university graduates. And yet the regime is led by a small group of old men with social attitudes several generations out of date. It is no wonder that the regime is now facing its greatest test of legitimacy. The only country that qualifies as even more poorly managed is one with another dictatorship, Venezuela, which has produced the world’s largest outflux of refugees over the past decade.

Celebrations of the rise of strong states and the decline of liberal democracy are thus very premature. Liberal democracy, precisely because it distributes power and relies on consent of the governed, is in much better shape globally than many people think. Despite recent gains by populist parties in Sweden and Italy, most countries in Europe still enjoy a strong degree of social consensus.

The big question mark remains, unfortunately, the United States. Some 30 to 35 percent of its voters continue to believe the false narrative that the 2020 presidential election was stolen, and the Republican Party has been taken over by Donald Trump’s MAGA followers, who are doing their best to put election deniers in positions of power around the country. This group does not represent a majority of the country but is likely to regain control of at least the House of Representatives this November, and possibly the presidency in 2024. The party’s putative leader, Trump, has fallen deeper and deeper into a conspiracy-fueled madness in which he believes that he could be immediately reinstated as president and that the country should criminally indict his presidential predecessors, including one who is already dead.

There is an intimate connection between the success of strong states abroad and populist politics at home. Politicians such as Marine Le Pen and Éric Zemmour in France, Viktor Orbán in Hungary, Matteo Salvini in Italy, and of course Trump in the U.S. have all expressed sympathy for Putin. They see in him a model for the kind of strongman rule they would like to exercise in their own country. He, in turn, is hoping that their rise will weaken Western support for Ukraine and save his flailing “special military operation.”

Liberal democracy will not make a comeback unless people are willing to struggle on its behalf. The problem is that many who grow up living in peaceful, prosperous liberal democracies begin to take their form of government for granted. Because they have never experienced an actual tyranny, they imagine that the democratically elected governments under which they live are themselves evil dictatorships conniving to take away their rights, whether that is the European Union or the administration in Washington. But reality has intervened. The Russian invasion of Ukraine constitutes a real dictatorship trying to crush a genuinely free society with rockets and tanks, and may serve to remind the current generation of what is at stake. By resisting Russian imperialism, the Ukrainians are demonstrating the grievous weaknesses that exist at the core of an apparently strong state. They understand the true value of freedom, and are fighting a larger battle on our behalf, a battle that all of us need to join.