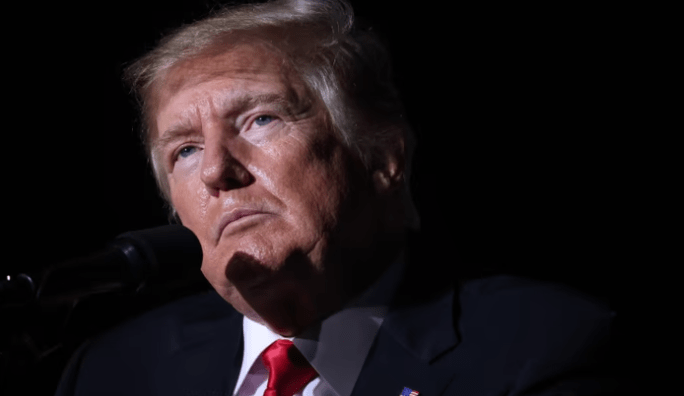 Most people have never seen one and have no idea what might be in such material. Republicans know this, and they are counting on the public’s lack of familiarity when they try to downplay the intelligence nightmare former President Donald Trump created by carting off boxes of classified documents to Mar-a-Lago. Even worse are the GOP challenges to release these materials to the public so we can all decide for ourselves if the stuff is dangerous, a patently stupid and irresponsible position advanced by people who know better.

Breakdowns of the various levels of information classification are available online, but they’re not that helpful out of context. The unauthorized disclosure of “Secret” materials, according to the law, could cause “serious damage” to national security, while the release of “Top Secret” information could result in “exceptionally grave damage.” These broad categories of risk include many possibilities, from mere “disruption” of U.S. foreign relations to “disclosure of technical and scientific developments,” to far worse possibilities of “armed hostilities.”

But how does any of this translate into concrete national-security threats? It all tends to sound like the scene from A Few Good Men when Jack Nicholson, portraying an unhinged Marine colonel, says he was worried that one of his young Marines was in danger. “Grave danger?” asks a Navy lawyer (played by Tom Cruise). “Is there another kind?” Nicholson smugly responds.

Some documents, such as war plans or technical specifications about weapons systems, have obvious intelligence value. Most classified materials, however, just aren’t all that sexy at first glance. They’re not likely to look anything like the “Non-Official Cover” list of spies from Mission Impossible; they’re not nuclear codes; they’re not pictures of foreign leaders in flagrante. That type of information exists, of course, but such materials typically have a short shelf life. (Codes and plans, for example, change regularly.) This is why spy agencies, including ours, try to develop assets who can deliver a stream of information over time.

Nonetheless, there are plenty of things you can lug in a box that would be deeply dangerous to U.S. national security.

Technical and scientific documents, for instance, are almost always highly valuable. Enemy engineers can figure out a lot from technical secrets, including how to close gaps with the United States in weapons development, which in turn can create direct threats to U.S. military forces.

There are also other, less obvious threats to security than “here’s where our tanks are parked and here’s how accurate our missiles are.” This is why you often hear the phrase sources and methods when discussing classified information: One of the greatest risks is that an adversary will learn how we’ve discovered their secrets. If a classified document provides the Reese’s Pieces that would help a foreign intelligence organization backtrack and reconstruct how we know what we know, we could lose the sources—technological and human—that provided the material, which is a much deeper long-term problem. On occasion, revealing such sources can result in embarrassment or a minor scandal, perhaps involving a diplomat or some other friendly source in a foreign nation. Sometimes the consequences are much worse.

Small things matter. The location of an air base or missile installation might not be a secret. But if a state gains our photographs of its bases, it will know many things: when we’re observing, what we’re looking at, and so on, and it can counteract our ability to keep watching.

Even seemingly trivial details can put someone’s life in danger. Presidents and other senior U.S. officials, for example, are routinely given classified briefings on foreign leaders. Some aspects of a foreign leader’s life might be knowable only from sources close to that leader, and perhaps only from his or her own family. “Leader X speaks excellent English but pretends he does not know any English at all” is a good thing to know, but depending on how we know it, that detail might be classified; if Leader X finds out that we know it, he will immediately run through a list of people who are privy to that knowledge, which is how spies and informants end up in prison or even dead.

Many materials at lower levels of classification, too, can be meaningful to a trained eye. I spent the first part of my career working entirely from open, unclassified sources on the Soviet Union. Like many Sovietologists of my day, I sometimes conferred with analysts from the CIA and the Pentagon, trying to piece together events inside the Kremlin. We were able to learn a lot, despite the Soviet regime’s tight control over a system that tried to guard almost everything about itself.

Finally, it’s important to understand that, in many cases, what’s classified is not a particular set of facts but what the intelligence community thinks those facts mean. An adversary might not know what a president is thinking on a given subject, but if they can see the President’s Daily Brief or other classified reports, they can know what he’s been told by his nation’s analysts. That’s extremely valuable in itself.

What Trump did was reckless and stupid. Any assertion that a few boxes of notes and papers isn’t a big deal is nonsense. Protecting such materials is a patriotic duty of anyone in public service, but the Republicans, once a self-styled party of national security, have decided that defending Donald Trump and his narcissistic demands is more important than the safety of the United States.