EXCLUSIVE: Lawmakers on the Hill are increasingly wary that Turkish President Tayyip Erdogan is “playing a double game” as he looks to shore up political gains in exchange for European security, sources told Fox News Thursday.

Some in Congress have become increasingly hesitant of entering into a negotiation with Ankara after Erdogan took steps to block NATO’s expansion at a time when Europe is facing its greatest security threat since World War II.

A second proposal is expected to be introduced that would replenish Ankara’s air fleets by supplying new F-16s later this year.

The move, which appeared to have at least been initially supported by lawmakers on both sides of the aisle, would help shore up Turkey’s air defenses.

It would also serve to improve Washington’s relationship with the NATO ally after relations cooled in 2019 when the U.S. blocked the sale of F-35 warplanes to Turkey following a deal Ankara also made to purchase Russian-made S-400 defense systems.

But less than two weeks after news of the Biden-endorsed proposal broke, Erdogan said Turkey would block the NATO bids issued by Sweden and Finland over allegations the two nations have housed individuals Turkey has deemed are “terrorists.”

A senior congressional staffer with knowledge of the proposal circulating through Congress told Fox News Thursday that the Biden administration is “being played” by Turkey.

“They are not an honest broker and they are not behaving like a NATO ally should,” the staffer said. “They are acting very aggressively in their own interests.” Turkey has condemned Russia’s invasion of Ukraine, called for its removal from the UN Human Rights Council and attempted to facilitate peace talks between Russia and Ukraine.

But Erdogan has also refused to sanction Moscow and some view his NATO blockade as a win for Russian President Vladimir Putin.

While NATO security remains a top concern for some and as Russia’s war rages on for its third month, others on the Hill are not convinced expanding the military alliance is necessarily the best option.

A source familiar with the matter said negotiating with Turkey on allowing Sweden and Finland to join NATO was “short term thinking.”

“There are reservoirs of skepticism across the board,” the source added.

A spokesperson for Sen. Bob Menendez, Chairman of the Foreign Relations Committee, told Fox News the leading Democrat holds “serious concerns with the anti-democratic trajectory of Turkey under Erdogan – including its unbridled aggression outside of its borders, its stoking division in the eastern Mediterranean, the South Caucasus and NATO.” 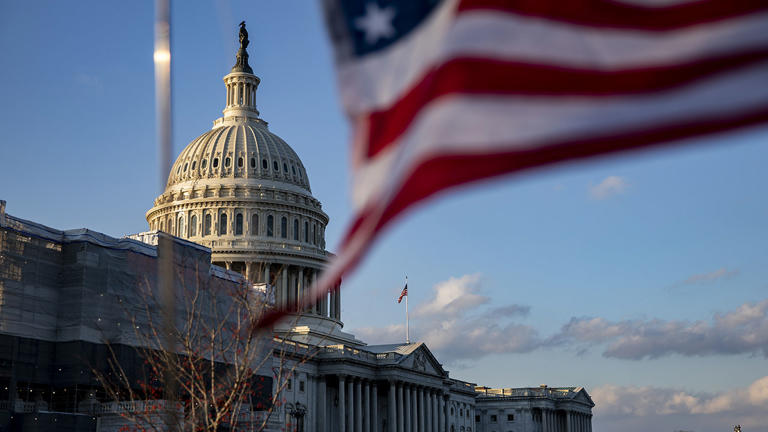 A senior congressional staffer also pointed to the $40 billion aid package that Congress recently passed in support of Ukraine and said while there is overwhelming opposition to Putin’s invasion, there was also a fair amount of GOP “skepticism” surrounding the massive emergency appropriations bill.

“You have to look at the risks of expanding NATO,” the staffer said. “When the heat of this moment passes and we look at what the U.S. policy has been vis-à-vis Ukraine since 2014, one has to weigh these things in a sober matter.”

The White House did not respond to Fox News’ questions on whether Biden supported an arms deal with Turkey or if the administration would negotiate in an attempt to persuade Erdogan to expand NATO.

“Finland and Sweden are working directly with Turkey to address Ankara’s stated concerns,” a spokesperson for the National Security Council told Fox News. “We are confident Turkey’s concerns will be addressed and that we will reach consensus as an alliance on the entry process for Finland and Sweden.”

“The United States and Turkey have longstanding and deep bilateral defense ties, and Turkey’s continued NATO interoperability remains a priority,” the spokesperson added.