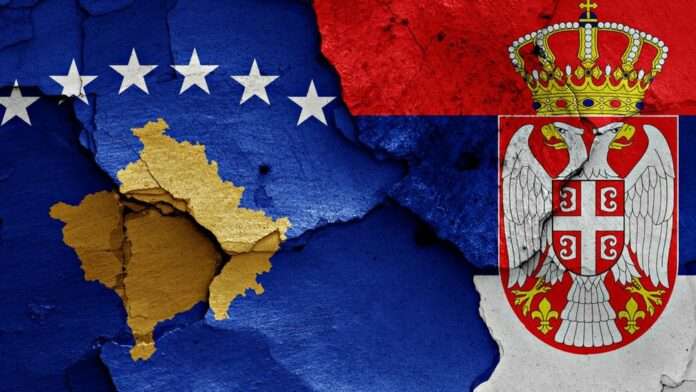 There have been skirmishes between armed ethnic Serb protesters and Kosovo police. The reason is that a while ago, Kosovo ordered that drivers surrender Serbian-issued license plates and replace them with Kosovo plates. On Dec. 10, Serbs living in northern Kosovo started erecting barricades. Kosovo residents confronted them, and Kosovo police blocked the border checkpoints. A traffic jam ensued, and so did a small shootout, including the use of a stun grenade. The shooting has died down but the threats have mounted.

A shootout over license plates may seem excessive, but this is the Balkans. It is a relatively small area with multiple nationalities, and the political borders don’t match the ethnic borders. In the 1990s, there was a brutal civil war among those ethnic groups. For example, Serbs are Christians and Bosniaks are Muslims. Serbs and Bosnians live in proximity to each other. The civil war that broke out included concentration camps, where some estimate that 100,000 Bosnians died – a number denied by the Serbians. However, no one doubts it was a blood bath.

The fighting threatened to extend to Kosovo, south of Serbia. The Kosovars are ethnic Albanians and Muslims living in an area that Serbia claims. When Serbian forces began to enter Kosovo, U.S. and European governments, aware of the slaughter in Bosnia, were concerned that another blood bath would take place in Kosovo. NATO aircraft, primarily British and American, carried out airstrikes to force the Serbians to leave. The bombing was extended to Serbia, and included strikes against the capital, Belgrade. Those strikes caused substantial casualties on Serbian citizens.

The United States wanted to reach a cease-fire with the Serbians. The president of Serbia refused, partly out of anger over the bombing of Belgrade, and partly because he was afraid that he would face charges in The Hague – which he ultimately did. Unable to secure Serbia’s capitulation, the airstrikes continued.

The U.S. reached out to the Russians, who had close relations with the Serbians. The Russians persuaded them to accept a cease-fire. In return, the Russians expected to be treated as equal occupiers of Serbia and Kosovo, imposing the cease-fire on all regions as NATO’s equal. The Americans deny that they agreed to this with the Russians. The Russians say they had no reason to negotiate with NATO except for this. Russian troops arrived in Kosovo’s airport to serve as peacekeepers. They were surrounded by NATO troops and forced to leave. This event had a great deal of influence on the rise of Vladimir Putin and his distrust of the United States. It convinced him that the U.S. wanted to crush Russia, and he rose to the presidency on a promise not to allow Russia to be treated with contempt in the future.

So the Kosovars and Serbians are fighting over license plates and whatnot. What would appear trivial to others is not trivial here. In the Balkans, memories are long and unforgiving. The Balkans affect everything around them. World War I started in Bosnia. But for our time, the conclusion of the Kosovo war bred a deep Russian distrust of the United States.

Now there is a war involving Russia and the United States. It is not going well for Russia thus far. When fighting a war, forcing the enemy to divert his attention is critical, particularly when there is – at best for Russia – a stalemate. They have looked for other ways to distract the Ukrainians, but it is the Americans that must be distracted.

Serbia is close to Russia, as it has been for a long time. The United States has a deep history in the region. Another conflict between Serbia and Kosovo would not by itself change the course of the Ukrainian war, but it may, at low cost, cause the Americans to lose some focus if they were to divert forces to protect Kosovo, a sort of obligation going back to the 1990s. At any rate, Russia has little to lose and Serbia is always ready to tangle with Kosovo.

We began with a little gunplay between Serbia and Kosovo over matters too trivial to be believed. Consider that the reason for the gunfight had nothing to do with trivial matters, but with trying to recreate the Kosovo war. If the Russians wanted a low-cost, low-risk diversion, they had many chips to call in with Serbia. Of course, there have been clashes before this, but there are always clashes. The question is not how they start but what they lead to. So watching the Serbia-Kosovo border may be worthwhile.