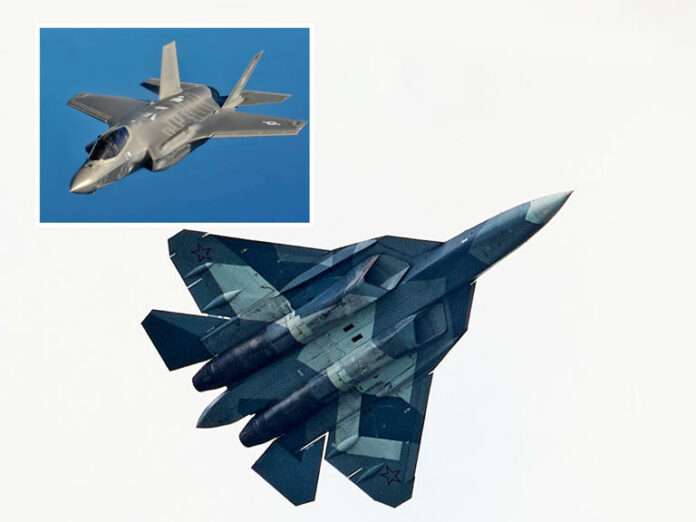 Russia has insisted that its sophisticated Su-57 Felon jets have been “brilliant” for Moscow’s war effort in Ukraine, despite Western doubts over just how often the aircraft has been deployed over the war-torn country. 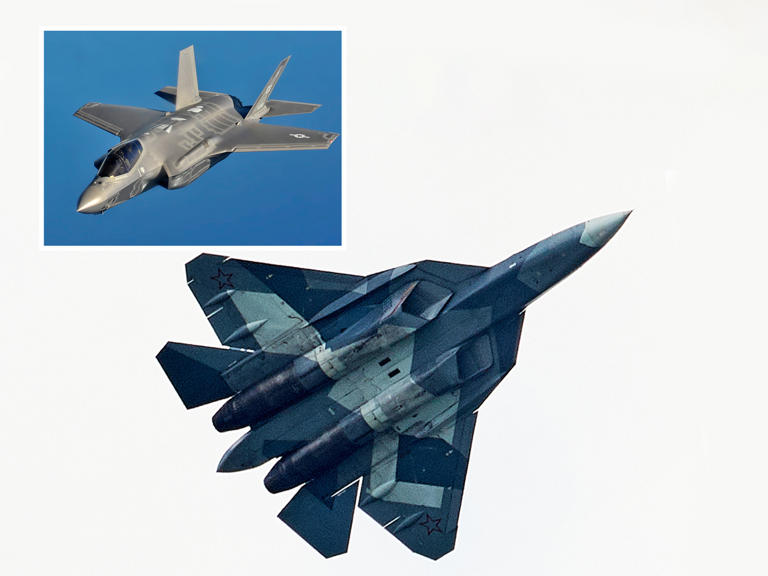 On Monday, the U.K.’s Ministry of Defense (MOD) said that although it was highly likely Su-57 aircraft were operating over Ukraine, the missions were probably completed in Russian territory.

Operating from their only known base in southern Russia’s Astrakhan Oblast, the MOD suggested the Kremlin had a “risk-averse” policy to their prized aircraft, fearing “the compromise of sensitive technology.”

Military analyst and president of the Rogue States Project, Harry Kazianis, agreed with this assessment, telling Newsweek he was skeptical “Putin is even sending the Su-57 into Ukraine at all.”

If an Su-57 jet were to be shot down in Ukraine, he argued, “it would prove the plane is not truly a top-tier fighter, killing any hope of it selling around the world.”

The Su-57 has been labeled by the U.K.’s Defense Ministry as “Russia’s most advanced fifth-generation supersonic combat jet,” equipped with “highly advanced avionics.”

The single-seat, twin engine aircraft began development in 2002 in the hopes of competing with the U.S.’s F-35 jet, according to the RAND Corporation, a non-profit policy think tank.

Russian state media hailed the arrival of Su-57 jets into the hands of the Russian military in 2020.

State news agency TASS reported that the Russian air force was to receive 22 aircraft by the end of 2024, bumping this figure up to 76 by 2028.

However, Kazianis cast doubt on these figures, arguing he doesn’t “see Russia building more than perhaps 50 Su-57 fighters” because of the financial drain of the Ukraine war and Russia’s limited manufacturing capabilities.

The U.S.’s F-22 Raptor aircraft is a fifth-generation stealth jet hailed by manufacturers Lockheed-Martin as the “best air dominance fighter in the world.”

Most commonly compared with the Su-57, however, is the F-35, described by Lockheed-Martin as the “most lethal, survivable and connected fighter aircraft in the world.”

Slightly smaller at 51.4 feet long with a wingspan of 35 feet, the F-35 was branded by the Chief of Staff of the Air Force, General Charles Q. Brown, Jr., as a vital “part of our fighter force design that outpaces key competitors.”

How do they compare with Russia’s Su-57?

Kazianis argued that the Su-57 “does not truly stack up to an F-22 or F-35 in the traditional sense, in that we have to truly question if the plane is actually a stealth fighter.”

Although the Su-57 “represents the best of Russian aviation” and exceeds the capabilities of fourth-generation fighter jets such as the F-15 and F-16, “it is no match for the F-22 or F-35.”

Kazianis emphasized that there “is no way Russia has any advantage in stealth technology” and said the Su-57 “is no match for the F-22 and F-35 in terms of technology, stealth, weapons and pilot training.”