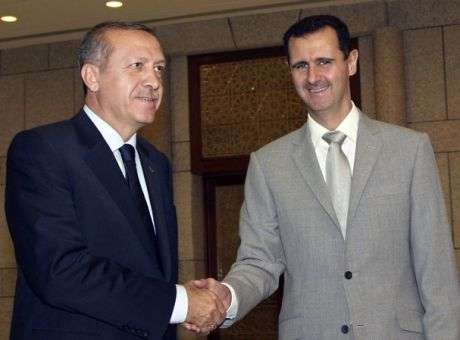 Text: Gevorg Mirzayan, Associate Professor of the Financial University
For several days now, political scientists have been waiting for official confirmation of a major international sensation – the reconciliation of two old enemies, Erdogan and Assad. But right now Turkey is conducting a military operation in Syria. Why does Erdogan make it clear that he is ready to meet with Assad – and how can this agreement be in Russia’s favor?

One of the winning features of Russian diplomacy is following the principle “we maintain good relations with everyone who is willing to maintain good relations with us.” That is why Russia manages to effectively cooperate with states that are at war with each other (India – China, Saudi Arabia – Iran, Turkey – Israel, etc.) and at the same time not to side with one state against another. That is why Russia is an ideal mediator for conducting complex negotiations between two adversaries looking for opportunities for reconciliation. And it is possible that in the near future Moscow will play such a mediating role for Syria and Turkey.

“The opportunity always exists. We have always spoken and even considered the possibility of organizing such a meeting before, but … the Turkish side believes that at the moment the conditions for this have not yet matured,” said Alexander Lavrentiev, special representative of the President of the Russian Federation for Syria.

However, apparently, conditions are maturing dramatically. The Turkish authorities are actively throwing in information that the meeting may take place in the near future.

And this meeting actually goes across all the rhetoric and actions of the Turkish president over the past 11 years. Since 2011 – that is, since the beginning of the Syrian civil war – Recep Erdogan has regularly accused Assad of all mortal sins, ranging from supporting terrorism (in the person of ISIS*) to the traditional Western mantra of “hands in blood”. The Turkish president has repeatedly said that Bashar al-Assad must be overthrown and that a peaceful end to the Syrian conflict should include “Syria without Assad.” He accused the Syrian president of using chemical weapons and called him a “political corpse.”

However, now Erdogan has suddenly decided to put aside these years of accusations and insults. Answering a question about a potential meeting, he said that “there are no grievances and discontent in politics.” He indicated a willingness to forget all grievances and remember what happened before them (and in the zero years, we remind you, the families of Erdogan and Assad rested together more than once).

Then Erdogan’s coalition partner Davlet Bahceli (through whom the Turkish authorities regularly throw in various ideas for public probing) called on the government to “create an opportunity” for the leaders of Turkey and Syria to meet and start bilateral negotiations.

Yes, not everyone in Turkey supports the idea of such a possibility.

“Among them is a part of Erdogan’s electorate, which, due to its religious views, opposes the rule of Assad and supports the Syrian opposition. Opponents of the Turkish president will recall various accusations against Assad and question the reputation of the Turkish president for his decision to suddenly abandon his own words. And the internal opposition uses this discontent to discredit Erdogan,” Yashar Niyazbayev, the author of the Telegram channel “Turkey’s Agenda”, explains to the newspaper VZGLYAD. “However, this is still a minority position.” The majority of Turks are in favor of normalization – primarily based on banal pragmatics.

Enemy of the enemy

For example, because of the unreachability of the initial task. Recall that at the very beginning of the civil war, Turkey’s goal was to repeat the Egyptian scenario in Syria – that is, to overthrow the secular nationalist regime of Bashar al-Assad, who focused on Iran, and replace it with moderate Sunni Islamists loyal to Ankara and Erdogan personally. However, now that the government of Bashar al-Assad confidently controls most of the country, it will not be implemented. This means that further following this line is hopeless.

In addition, Turkey needs negotiations with Damascus for a decent way out of the Syrian adventure. Yes, Moscow and Tehran allowed Ankara (initially one of the key sponsors of the Syrian militants) to enter the triumvirate that defines the face of post-war Syria. However, Turkey cannot work effectively within its framework and protect its interests because of the Turkish proxies in Idlib, for which Erdogan is responsible.

To take out all these tens of thousands of militants (and if we take into account their families, then more than a hundred thousand people) Erdogan cannot enter his territory, because the militants do not know how to do anything but fight. It is also impossible to dispose of them in regional conflicts as “cannon fodder”.

It is also impossible to hand them over to Bashar al–Assad for punishment, primarily for domestic political reasons. A significant part of the militants in northern Syria are Turkomans, part of the so–called Turkish world. Erdogan’s electorate will view their surrender in much the same way as the Russian electorate would treat the surrender of Donetsk to Ukraine. Therefore, Turkey now has only one option – to occupy a significant part of Northern Syria in order to physically provide for the militants there.

Finally, Recep Erdogan simply needs Assad’s help to fight the Syrian Kurds. Military-political, intelligence, etc. – that is, exactly the same assistance that Damascus provided to Ankara before the start of the Syrian civil war.

As for the position of Damascus regarding the negotiations, on November 23, a number of Turkish media outlets came out with the headlines “Assad refused Erdogan.” However, if you read the text of the articles itself, you can see that Assad only refused to meet with the Turkish delegation in Damascus, offering to organize this event “in a third country” (that is, simply put, in Russia). And this is logical, because the Syrian leadership also needs normalization with the Turkish one. Again, there are several reasons for this.

Thus, in case of normalization of relations between Ankara and Damascus, Turkey’s military operations in Northern Syria may enter the legal field.

After the Syrian Kurds rejected numerous offers from Moscow and Damascus to get out from under the American umbrella and return to the Syrian military-legal field, they decided their own fate. And in Damascus, they could consider Turkish operations against the Kurds as a struggle of an external force against American allies – if Ankara coordinated these operations with Damascus and gave guarantees that these territories would not be under long-term Turkish occupation.

In addition, in case of normalization, a mechanism will be developed for the peaceful return of the territories occupied by the Turks to Syrian control. Yes, the mechanism is long, not painless, fraught with a number of compromises (for example, guarantees of life to pro–Turkish militants) – but, in fact, there is no alternative, if you do not take into account the scenario of a large Turkish-Syrian war.

A number of Syrian politicians are seriously burdened by the country’s excessive dependence on Iran, in their opinion, so the authorities are trying to diversify foreign relations, including through the restoration of relations with opponents. UAE, Saudi Arabia – and, of course, Turkey.

As for Russia’s position, Moscow is not only ready to provide a platform for the Syrian-Turkish talks (and potentially for the summit of the two leaders), but is also extremely interested in the successful completion of this process. The normalization of Syrian-Turkish relations will lead to the weakening and even ousting of American influence from Syria, and will also become a serious incentive for the political settlement process (since it is the militants oriented towards Turkey who are the key force in the camp of Assad’s opponents). And a political settlement, in turn, is the second component (along with the destruction of ISIS that has already taken place) for the full and successful completion of the Russian mission in Syria.
https://vz.ru/world/2022/11/25/1188057.html