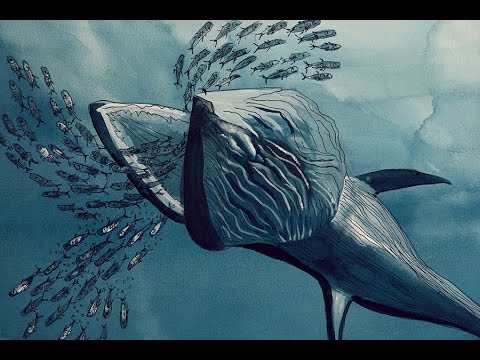 One hundred scientists and scientific, conservation, and campaign organizations, including NRDC, have called on the Prime Minister of Greece for immediate and full protection of the Hellenic Trench from offshore hydrocarbon exploration and exploitation. You can read the full declaration here.

In recent years, a marine area in the Ionian and Cretan Seas (approximately 56000 sq. km) has been granted as concessions to the oil and gas industry for hydrocarbon exploration and exploitation. The area extends from the north of Corfu to Southern Crete and largely overlaps with almost all the west and south Hellenic Trench, a critical habitat and marine biodiversity hotspot of global ecologic importance.

The Hellenic Trench is a long deep feature of the seafloor comprised of a continuous steep continental slope that turns into deep trenches, troughs, and basins further offshore. The deepest point in the Mediterranean Sea—”Calypso Deep”—is found within, plummeting to depths of more than five kilometers below surface.

The combination of deep water and complex seabed features make the Hellenic Trench a perfect habitat for deep-diving marine mammals, such as sperm whales and beaked whales. Fin whales, many species of dolphins, Mediterranean monk seals, and sea turtles, are also found within the waters of the Trench.

Seismic blasts used to prospect for oil and gas are one of the loudest human-made noises in the ocean, second only to explosives. Seismic blasts occur every 10-12 seconds, 24 hours a day, for weeks or months at a time. For sperm whales and beaked whales that live in the Hellenic Trench, this would feel like a continuous series of bombs going off in their home, day and night.

Sperm whales and beaked whales have a heightened sensitivity to noise, and beaked whales are thought to be among the most sensitive of all marine mammal species. Seismic blasts share acoustic features with other human-made sounds, including sonar, that have been confirmed to cause beaked whales to stop foraging and change their dive behavior, sometimes resulting in lethal stranding events. In these cases, beaked whales become startled by noise and urgently try to flee the sound, either by swimming up to the surface too quickly or cutting short the shallow dives they take between the deep ones. Gas bubbles form in their tissues, causing hemorrhaging around the brain and other organs. This also can happen in humans, a condition that divers refer to as “the bends.” Seismic surveys therefore pose a significant risk of serious injury and mortality to beaked whales.

In addition, sperm whales and beaked whales that live in the Hellenic Trench year-round are particularly vulnerable to repeated disturbance; the whales simply have nowhere to go to escape the sound and are subjected to blasts over and over again. As a result, whales may suffer long-term health and reproductive effects, which may lead to population-level declines and ultimately threaten their survival. The 250 remaining endangered sperm whales and the small vulnerable populations of beaked whales in the Hellenic Trench simply cannot withstand that level of harm.

It is also important to remember that seismic surveys are merely a precursor to oil and gas development that would permanently degrade the habitat in the Hellenic Trench and seriously impact marine mammals and other marine life. This would likely represent the last straw in the survival of the endangered sperm whale, as well as many of the small populations of beaked whales.

Several governments in countries such as Italy, France, Spain, Portugal have already made bold political and investment decisions to phase out or ban oil and gas exploration and production activities. These decisions are largely driven by the climate necessity to invest in a clean energy future and the protection of the marine environment, as a pillar of a thriving touristic economy.

The paramount ecological significance of the Hellenic Trench has also been recognized by international agreements, such as the Agreement for the Conservation of Cetaceans in the Black Sea, Mediterranean Sea and adjacent Atlantic waters (ACCOBAMS). The Hellenic Trench and adjacent Ionian Sea Archipelago have been identified as “Important Marine Mammal Areas” by a global task force of marine mammal experts, and the wider Hellenic Trench is proposed as a Marine Protected Area. However, to date, only a very small coastal portion of the overall area has received protection. This area is inadequately protected and does not encompass the most important habitat for marine mammals.

In signing the declaration, we express our grave concerns over these plans that place the Hellenic Trench’s marine biodiversity under serious threat. To ensure a healthy and viable marine environment in Greece, we urge reconsideration of all licensing procedures for oil and gas drilling operations and call for the effective protection of the Hellenic Trench, towards a permanent ban in Greece.