Errant Ukrainian missile likely the cause of explosion that killed 2 civilians: Polish president 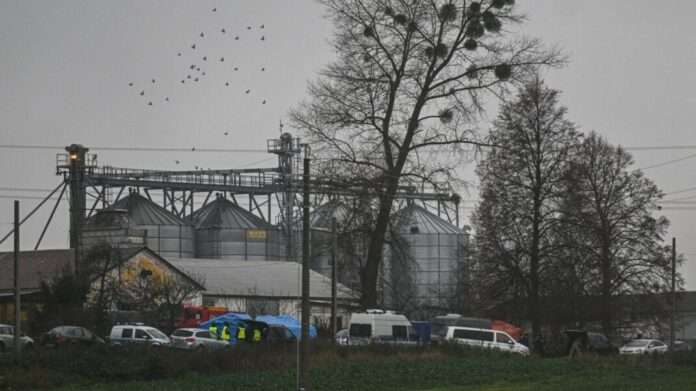 The day after an explosion near Poland’s border with Ukraine caused the death of two civilians, Polish President Andrzej Duda and NATO Secretary General Jens Stoltenberg said the errant missile is not believed to have been fired by Russia.

WASHINGTON — The errant missile that inadvertently crossed into Polish territory and killed two civilians on Tuesday was likely fired by Ukrainian air defenses and was not an intentional Russian attack, top Polish and NATO officials said today, ratcheting down tensions between NATO and Russia that some observers feared could escalate into all-out war.

“From the information that we and our allies have, it was an S-300 rocket made in the Soviet Union, an old rocket and there is no evidence that it was launched by the Russian side,” Polish President Andrzej Duda said, according to Reuters. “It is highly probable that it was fired by Ukrainian anti-aircraft defense.”

Duda’s comments were echoed by NATO Secretary General Jens Stoltenberg, who stated after a meeting with NATO members earlier today that there is “no indication this was the result of a deliberate attack” by Russia.

“We have no indication that Russia is preparing offensive military actions against NATO,” Stoltenberg said. “Our preliminary analysis suggests that the incident was likely caused by a Ukrainian air defense missile fired to defend Ukrainian territory against Russian cruise missile attacks.”

On Tuesday, an explosion near Poland’s border with Ukraine amid a Russian barrage aimed at several Ukrainian cities prompted concerns that Russia had — either mistakenly or purposely — attacked a NATO member, which could have caused Poland to invoke Article 5 mutual defense discussions and set the stage for a war between NATO and Russia. Poland also signaled that it could invoke Article 4, which would bring NATO members together for a formal consultation on the issue.

Though Poland had said a “Russia-made” weapon had been used, at the time Russia denied responsibility, said that it didn’t launch any missiles in the area and that accusations that Moscow was to blame were provocations.

The incident prompted an emergency meeting in Bali between Biden and the heads of several allied nations taking part in the G20 summit there. On Tuesday Biden also spoke with Duda and offered US support in Poland’s investigation; US Secretary of Defense Lloyd Austin also reached out to his Polish counterpart.

However, by Tuesday night, there were signs that Russia may not have fired the missile after all. After a meeting, Biden told reporters that based on preliminary information it was “unlikely,” apparently based on the missile’s trajectory, that the missile was “fired from Russia.” He did not provide further clarification.

Although preliminary results have led NATO believe the missile had been fired by Ukraine, Stoltenberg said NATO support to Ukraine will not wane as a result of the incident.

“But let me clear: this is not Ukraine’s fault,” he said. “Russia bears ultimate responsibility as it continues its illegal war against Ukraine.”

Back in Washington, Austin convened a previously scheduled virtual meeting of the Ukraine Defense Contact Group this morning. The group provides a venue for Ukrainian officials to convey their weapons and equipment needs.

After Poland said a Russian-made missile fell on a small town, President Joe Biden suggests it didn’t come from Russian territory. Either way, analysts cautiously downplayed the potential for escalation.

Austin did not directly comment on the attribution of the strikes, saying that the United States continues to gather information and consult with its allies on the situation. However, his comments closely aligned with Stoltenberg, with Austin underscoring Russia’s role in starting the conflict and bombarding Ukrainian cities with missile strikes.

“What we do know is the context in which this is unfolding,” Austin said. “Russia is facing setback after setback on the battlefield. And Russia is putting Ukrainian civilians and civilian infrastructure in his gunsights.”