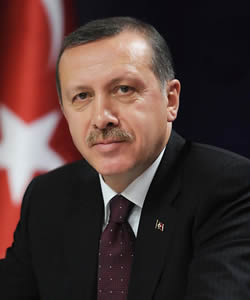 The Turkish government tracked the movement of U.S. troops inside Turkey as part of its investigation into an attempted coup in the country, where top political leaders have accused the U.S. of playing a behind-the-scenes role, according to documents obtained by a group that monitors the government in Ankara.

Turkish intelligence reports, which included information on U.S. drone operations, troop movements and counter Islamic State operations involving American personnel, were reviewed on the suspicion that they might have been involved in the failed coup, Nordic Monitor reported Monday.

The organization, which investigates happenings inside the Turkish government, sited a “trove” of Turkish intelligence documents in its report. “The secret probe helps feed into the Erdogan government’s false narrative which claims that the U.S. was the mastermind behind the abortive putsch,” Nordic Monitor said. The Turkish intelligence reports were incorporated into a prosecutor’s file as part of an investigation into the 2016 attempted coup in Turkey, the site said.

Some of the details about U.S. military activities cited in the Turkish intelligence documents were about routine military missions. For example, the reports described basic logistical movements between Incirlik Air Base and a Turkish army base in the southern city of Gaziantep. But the reports also contained information about more sensitive missions that detailed U.S. personnel overseeing the High Mobility Artillery Rocket System deployed in southern Turkey and operations involving the Shadow Tactical Unmanned Aircraft System, Nordic Monitor said.

Turkish prosecutors concluded the documents “were relevant to the coup investigation and ordered all intelligence and military documents to be incorporated in the case file, making them part of the public record,” the site reported. “It helps the Erdogan government to spin conspiracy theories around the coup attempt, with partisan prosecutors doing the bidding of the government instead of searching for the facts.”

U.S. tensions with Turkey are arguably at an all-time high, and the disputes are wide ranging. Washington and Ankara are currently at odds over Turkey’s plan to acquire a sophisticated Russian missile defense system, which the U.S. says poses a threat to NATO. In recent years, there also have been disagreements over the battle against ISIS in Syria and the U.S. military’s close ties to Kurdish fighters that Turkey regards as an enemy force.

Meanwhile, the 2016 attempted coup by elements of the Turkish military also laid bare anti-U.S. sentiments in Turkey as conspiracy theories swirled in pro-Turkish government newspapers about the U.S. being behind the attempt to topple President Recep Tayyip Erodogan’s government. The U.S. has repeatedly denied any involvement and Turkey has never provided any evidence to back up the accusations. Years later, it’s still a point of contention.

In 2018, a group of pro-government lawyers in Turkey filed charges against several U.S. officers associated with Incirlik Air Base, seeking their arrest for alleged ties to terrorist groups.

The lawyers also sought to halt flights leaving the base and access to execute a search warrant. While the case hasn’t advanced, it underscores the fraught state of affairs.

In December, a U.S. servicemember was detained at Istanbul’s Ataturk Airport for questioning by Turkish officials over accusations he had links to a U.S.-based Turkish cleric that Ankara says was a political force behind the attempted coup. The U.S. soldier, who was assigned to a special operations task force, was eventually released.

Visit the Stars and Stripes at www.stripes.com