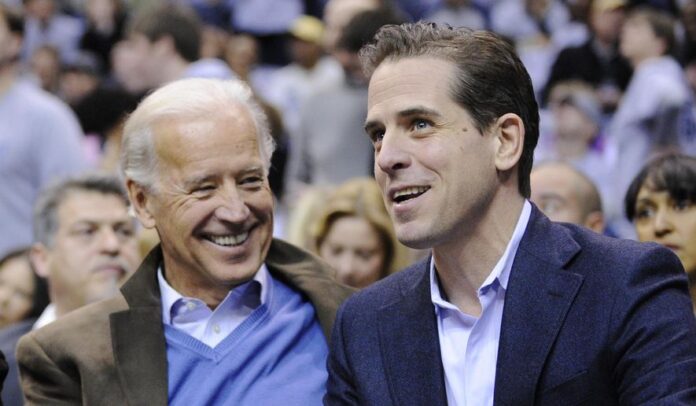 Speaking on the floor of the Senate on Monday night, Mr. Grassley, Iowa Republican, cited an Aug. 4, 2017, Wells Fargo wire transaction from CEFC, a Chinese energy conglomerate, that sent $100,000 to an account controlled by Hunter Biden.

“Now there is no middleman in this transaction. This is $100,000 from what is effectively an arm of the communist Chinese government direct to Hunter Biden,” the top Republican on the Senate Judiciary Committee said. “To the liberal media and my Democratic colleagues: Is this official bank document Russian disinformation?”

Mr. Grassley and Mr. Johnson have been investigating Hunter Biden’s financial dealings since before the presidential election. They previously reported that Hunter Biden was enmeshed in business dealings with Chinese Communist Party oligarchs, including Gongwen Dong and Mervyn Yan.

The information on Hunter Biden’s finances, the lawmakers say, comes from government records dating back to the Obama administration and from transcribed interviews of government officials.

Hunter Biden reportedly claimed he at one point represented Ho, “who started the company that my partner, who is worth $323 billion, founded and is now missing.”

Mr. Johnson, a Wisconsin Republican and member of the Homeland Security and Governmental Affairs Committee, said during his remarks that previous reports on Hunter Biden’s business deals have been “full of irrefutable evidence like this” but Democrats dismissed the reports as “Russian disinformation.”

“That money from CEFC, which is effectively an arm of the Chinese government, went directly to Hunter Biden. Bank records like this piece of evidence are pretty hard to deny and sweep under the rug,” Mr. Johnson said.

The Washington Times reached out to the White House for comment but did not immediately hear back.

• Kerry Picket can be reached at kpicket@washingtontimes.com.