Are EastMed countries missing out on a historic opportunity for regional stability? 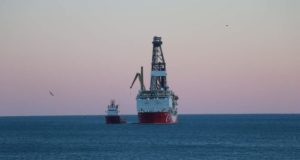 Since Turkey launched its drilling activities in the East Mediterranean, many countries in the region have decried the former as creating instability. However, the region has the potential to experience a historic period of stability after years of calamity and tension simply by engaging in cooperation in energy. A basic motivating factor that could pave the way for regional stability comes in the form of “the profitability of natural gas.” Instead of excluding Turkey from the decision-making process, a win-win scenario is possible in which all regional actors are able to increase their revenues and ensure stability. This simply involves including Turkey in effective cooperation.

The Eastern Mediterranean region caught the attention of various countries and energy companies after the discovery of hydrocarbon reserves was made back in 2011, with these regional states subsequently signing agreements with offshore companies to allow for drilling activities. However, in order to export the region’s natural gas to Europe, a pipeline is needed.

This led to the emergence of the EastMed pipeline project, which aims to carry Israeli and Greek gas onto Europe via a pipeline moving through the island of Cyprus and onto Greece.

At the center of the problem lies the transportation costs of natural gas. The difficult terrain of the Mediterranean seabed is a core factor in how costly such a pipeline will prove for the countries involved.

Even if the former Greek Energy Minister Kotzis Hatzidakis made statements regarding the “feasibility” of a possible EastMed pipeline project, experts have been sharing contrary opinions.

Turkey in this scenario has the potential to constitute a valuable and profitable option because of its location and rich pipeline network.

According to a report from the PRIO Cyprus Research Center, a pipeline from Cyprus to Turkey, rather than from Cyrpus to Greece, would create $15 million more net revenue due to the reduction of transit costs. This revenue accounts only for Cypriot gas but with the inclusion of Israeli gas, the numbers will make reserves more and more profitable.

The report also suggests that Turkey’s already large network of pipelines, such as the Trans-Anatolia Pipeline Project (TANAP) and Interconnector, will help Eastern Mediterranean gas reach European energy markets a lot more cheaply. Furthermore, the reduction of transportation and investment costs will make regional reserves more competitive against other exporters in the energy market.

The LNG option seems out of the question due to the costs of the investments needed to establish LNG facilities. In addition, the construction of such facilities requires more time and labor than the pipeline arrangement.

Considering these facts and figures and taking alternative plans into account, it seems that the profitability of natural gas in the region is best served in a scenario that includes Turkey as a partner.

On the other hand, the only obstacle standing in the way of profitability is the exclusion of Turkey from the pipeline projects. The Cyprus issue is the number one underlying cause for such an exclusion.

For years, the political situation in Cyprus has created tension between Turkey and Greece. Despite a succession of attempts at compromise, the political integration of the island seems far from being negotiated peacefully. The closest this approach has come to a solution came in the form of the Annan Plan in 2004; yet, this was rejected by the Greek Cypriot community.

Members of the Eastern Mediterranean Gas Forum (EMGF) have made exclusionary claims regarding Turkey on the basis of the latter’s activities in the region since January 2019. Even if both Turkey and the Turkish Republic of North Cyprus (TRNC) offered cooperation in decision making regarding regional natural gas reserves, Greece and the Greek Cypriot Administration have rejected this offer.

In fact, an energy linkage with a sole focus on profitability could be exactly what the region needs to resolve its political problems and increase regional stability.

The diplomatic channels provided by a pipeline shared between the countries of the region and Turkey has the potential to de-escalate tension in the Mediterranean region. In diplomacy, creating links between countries helps navigate partners’ political will toward one favoring solutions. Thus, a pipeline could provide a convenient linkage between countries since it ensures a more profitable and efficient way for all to sell natural gas to Europe.

Although on the surface it is an energy-based item on the political agenda, relations between Turkey and regional countries can be much improved through the formulation of a policy of “pipeline diplomacy,” with all the collaboration and dialogue this entails.

Hydrocarbon reserves can form the basis of a new communication channel between Turkey and Greece. Indeed, parties may be able to convince their publics to support a policy of cooperation by focusing on economic gains and preventing existing political issues from coming to the fore.

On the economic side, the risk of failing to reach an agreement on the pipeline project on the basis of costs and inconvenience can be mitigated by buoying public opinion with moderating statements and by avoiding political tension between parties by forwarding a respectful dialogue.

Beyond the benefits of the countries involved, the United States would also accumulate significant gains by including Turkey in energy projects.

Although the U.S. wants regional natural gas to be competitive against Russian energy sources, facts such as those regarding investment costs have put Russia in favor. Therefore, to include Turkey may infer cheaper and more competitive natural gas as well as eliminating Russian dominance in the natural gas market.

Essentially, the countries of the Eastern Mediterranean are being given the opportunity to boost stability in the region. This opportunity is based on the formation of diplomatic links based on the profitability of natural gas reserves. By collaborating on pipeline projects, countries can build better relations and strengthen regional stability through dialogue channels in the East Mediterranean.

Such a win-win scenario requires the diplomatic determination of each party in the region. Taking recent developments into consideration, we can say that the Eastern Mediterranean indeed needs such cooperation for her future.

*MA student in the International Relations Department of Bilkent University