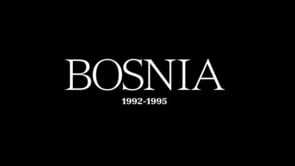 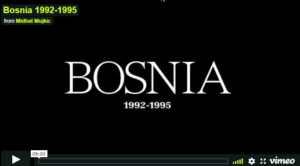 In September 2011 a group of photographers and writers who had covered the war in Bosnia met and decided to come back to Sarajevo on April 6th, 2012, to commemorate the beginning of the war and re-engage with the country. A meeting called ‘Sarajevo 2012’ took place, in cooperation with Memory Module.

They also decided to make a photo book about the war.

Jon Jones (project photo editor), Gary Knight (project production in collaboration with photographer Ziyah Gafic) and Remy Ourdan (project text editor) took the project on with the intention of making a book to commemorate the 20th anniversary of the beginning of the war. They pulled together the work of over 50 bosnian and foreign photographers and writers who all volunteered their material.

The hardback book contains 248 pages that includes the work of many of the leading photographers and writers of the time. It charts the course of the war from its beginning in April 1992 to the Dayton Peace Accord in December 1995.